An Interview With Jon Hare of Sensible Software

Music and gaming go hand in hand with each other and as well as being popular forms of entertainment, both industries are strikingly similar. We recently caught up with Jon Hare, of retro gaming giant Sensible Software to see what he’s been up to and get a behind the scenes look into music in the gaming industry! 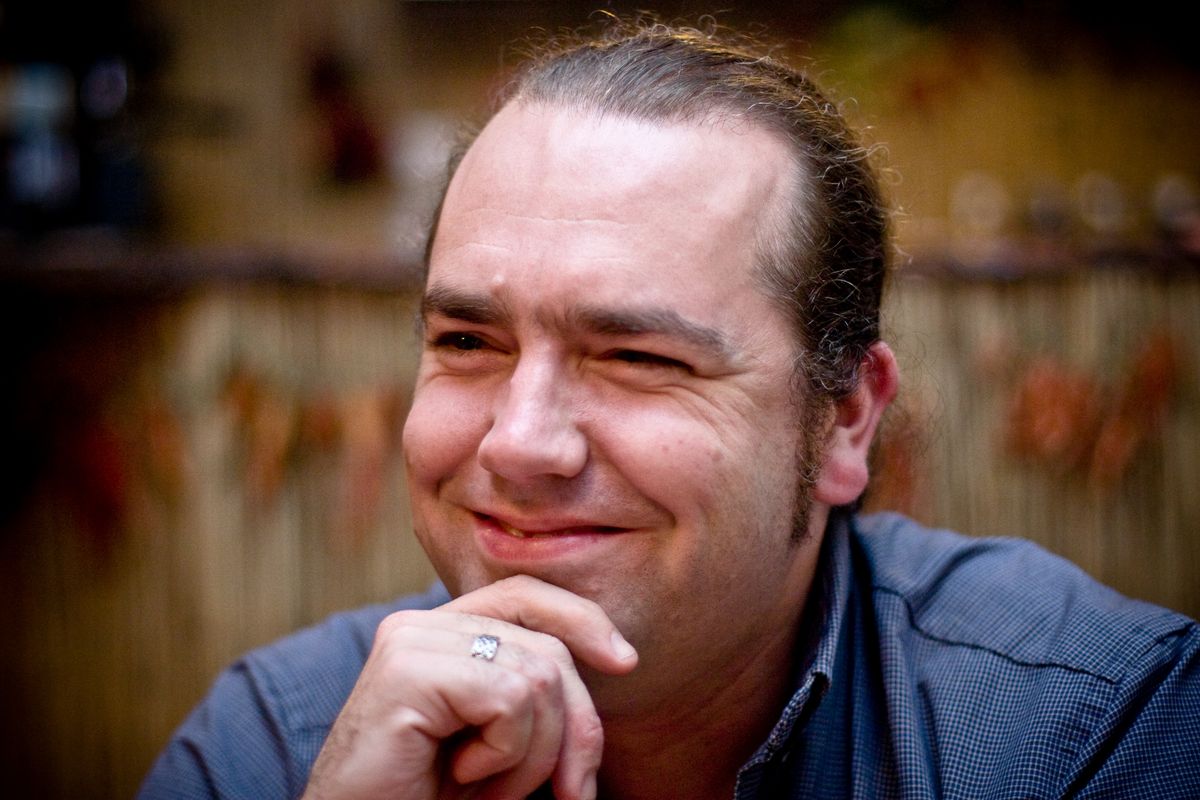 Tell us about your career to date, what led you to being involved with BAFTA?

I have been designing, developing and licensing original computer games since 1985. I have enjoyed 10 international #1 games in my time so far, mostly for titles such as Sensible Soccer, Cannon Fodder and Mega Lo Mania with my old games company Sensible Software, but also more recently with some of the mobile titles from my new company Tower Studios. I have also been a songwriter for most of my life, most notably for some of the songs featuring on the Sensible games, but I have also penned another 200 or so less well known tracks. When I became a BAFTA member in 2004 I was actually proposed for membership solely on my work as a composer. I have since gone on to be part of the BAFTA Games Committee and act as a regular jury Chairman for the BAFTA Games Awards.

The gaming industry has changed no end since the age of the Internet. What’s the current outlook and where do you see the sector going in the future?

Digital delivery has seriously affected games just as much as it has the music industry. The advent of free titles in a saturated market has forced us to modify our games in order to harvest money from the 2% of players who actually might pay at all, at the expense of the playing experience of the other 98%. My opinion is that this approach only works for a small number of titles crafted in a certain way and that in most case it significantly diminishing the user experience. Focussing so much on the monetization model also massively narrows the design choices of game developers. As a result of this I believe over the next 5 years we will see some reaction to this over commercialized model from the higher end of consumers, who would rather pay money for guaranteed high quality, non-interrupted entertainment than rather than endure the advertising riddled, micropayment chasing sea of dross that they have to trawl through in order to find the real catches out there. So my prediction is a middle sector emerging somewhere between AAA $80 games and the 300 free games a day we currently see on the Appstore. I think high quality downloadable $5-10 games that are targeted at niche communities, much in the same way that heavy metal or northern soul music is sold all around the world, and aggressively marketed to appeal to just that niche, shunning other people who just don’t get it, is the way out of our current trap.

Music & audio in games is a different ball game to say TV & Film, what are the core differences?

The main difference is to do with the way the music syncs to the visuals…. TV and Film are linear predictable experiences to a strict timeline, meaning action can be cut to exactly go along with the score. With games it is more complex as the player often controls both the timing of events that occur and the camera angle in which they are viewed.. for example in game play sections that are non-timed music will often have to loop as there is no way of predicting how long the player will take to complete the current level. One great thing that is possible in bigger budget games is to write music that actually changes both score and instrumentation with the game action, so the writer must write a number of themes in the same key and tempo that can blend as the action unfolds. Speech and sound effects also play a massive part in games. Sound Effects can be divided into three basic sections Looping background sound effects (such as a general football crowd murmur), contextual sound effects (such as the crowd singing “The referees a w@#&er”) and spot sound effects (such as the ball being kicked). In many games sound effects also use a proximity map so as you walk around a location certain sounds get louder and quieter, just like in real life. Game speech is cast, recorded and produced in specialised sound studios much in the same way as if you were recording the dialogue for an animated film with multiple plot lines. 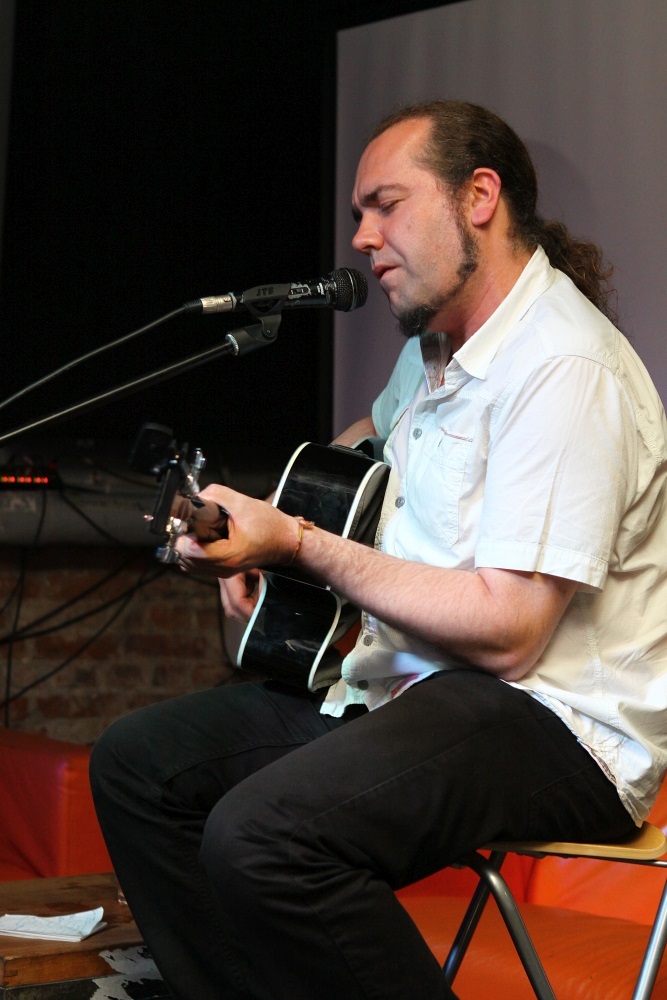 As a musician yourself, how do you approach music for games, compared to other scenarios?

It depends on the function of the tune. Most of my work has been on game title tunes that play at the very start of the game so in general these need to be punchy and set the tone of the product as a whole. In Cannon Fodder the famous menu tune is actually an instrumental version of a love song I wrote when I was 18, but we found its mournful lilt worked well as you survey the name of people who have died in battle. For any in game music you must make the tune loopable, which is often not as easy as it sounds. I once wrote a 52 minute sound track for an unreleased Sensible game called Sex ‘n’ Drugs ‘n’ Rock ‘n’ Roll in this I worked with my long term collaborator the late, great Richard Joseph to tell the story of the rise and fall of a fictitious Rock Band… in the end we recorded over 16 songs for this game, touching on many different music genres… we had so much that we added some speech and sound effects and turned it into a concept album.

If you hadn’t become a gaming expert, what would have been your dream job?

Either a songwriter, or a rock star, or both… I also enjoy playing football and would love to have a go at being a professional football manager.

How do you feel independent developers can benefit through the use of Music Gateway?

These days making games is all about collaboration, gone are the days of big teams in fancy offices, small and lean is the way. In this context what Music Gateway’s project by project approach offers is the ability for development teams to find as many of the right people exactly when they need them without having them hanging around costing money when there is nothing for them to do. It offers a highly practical way for developers to acquire or create high quality, bespoke soundtracks for their games with the minimum of pain and also for some great people in the music business to make their break in the game industry.

Explain what BUGS is all about?

BUGS stands for Business & University Games Syndicate. Ian Livingstone and Ed Vaizey MP spoke at our launch at BAFTA earlier this year. We currently network 35% of all UK games students with 35% of all work placements and graduate levels jobs available in the country. The best games made by the students from our 15 universities are featured on our BUGS website www.bugsnet.org where they are viewed by the HR departments and producers some of the top games companies in the country such as Sony, Activision, Codemasters, Jagex and Creative assembly. We are endorsed by all of the major games trade bodies in the UK and I am happy to say are a real emerging force in this area.

You work closely in the education sector, working with colleges and universities across the UK. You help develop the coursework and improve the curriculum. What’s your vision and future goals for BUGS?

The vision is to set a blueprint for the way creative industries can engage with students and in which government can put funds into the creative sector. The creative arts are not a democracy, some people are highly talented and many are not, despite their aspirations. BUGS offers a practical encouraging way to allow the cream of students to rise to the top. By coupling this with keen industry awareness of these talented individuals and also educating investors into this sector we can help to shape the future of the creative arts in our country. 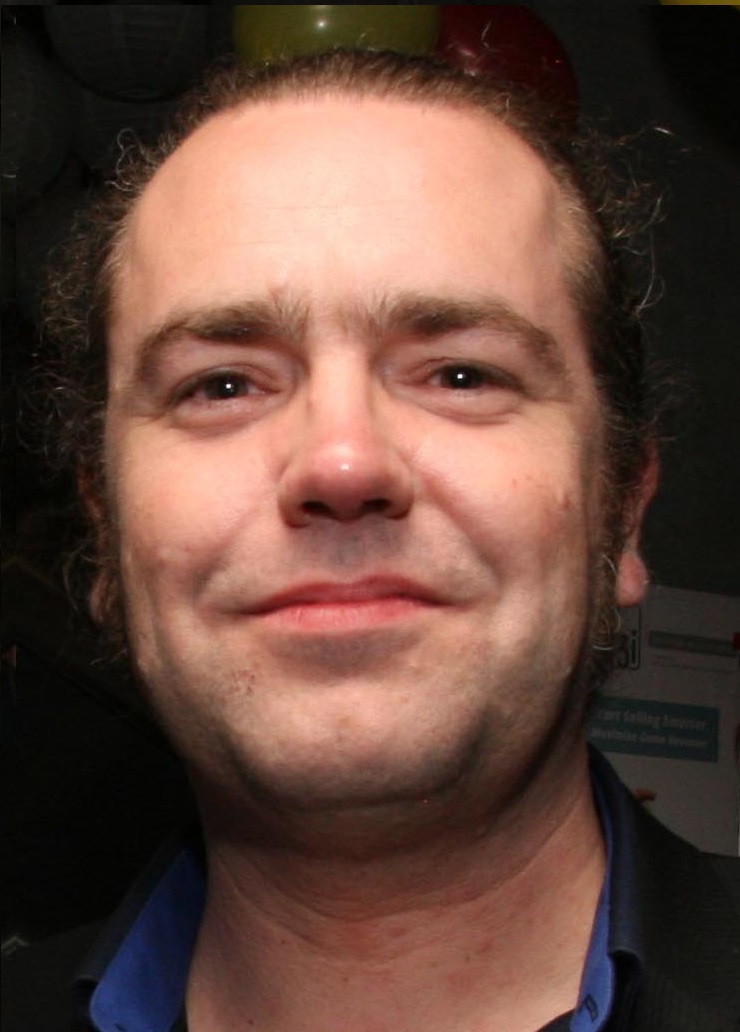 You’re a hardcore retro gamer, what are your top 3 retro games, in what format and why?

Scrabble: All and any format, iOS, PC or best of all on a real board (this is MY game since I was a boy)

It’s a tough question but Commodore 64 or ZX Spectrum?

Easy choice for me Commodore 64, this was the machine on which Sensible Software made it’s name, Parallax, Wizball, SEUCK, Microprose Soccer. For the record I love Commodore, my all time favourite hardware manufacturer… thanks so much guys for your great machines.

Thank you Jon for sharing your knowledge and time with us. For more information on BUGS, click here.

Also, if you’re a games developer and you need music/SFX for your game why not find that music through creating a project on our site?