Howard Pearse one of our registered talents on Music Gateway met with us to discuss his music career and explain how important Music Gateway is to the Music Industry. 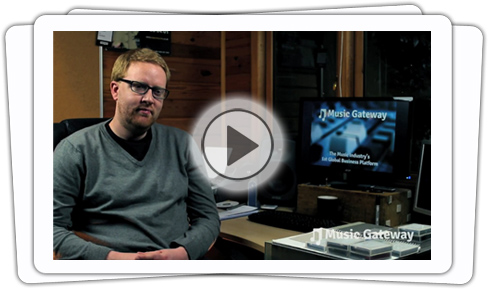 Howard is a self-taught musician playing piano, guitar and anything else he can get his hands on – after discovering a great passion for music he studied in the Brit Academy of New Music in London and hasn’t looked back since.

Howard has his own productions company Big Tuna Music with business partner Brad Parsons specialising in writing music for films, television and Radio and Howard is also member of writing and singing band Slashy alongside Brad Parsons and Yennis Cheung; a very successful model, singer and actress,  writing songs for artists and releasing their own songs on iTunes.

Both Big Tuna Music and Slashy have achieved great success working with various production companies including EMI Productions and have their songs on various TV shows, adverts, documentaries and Hollywood films including Celebrity Big Brother, Bad Teacher featuring Cameron Diaz and Justin Timberlake, Tia and Tamera, The Ugly Face of Beauty, and Amanda Holden’s Fantasy Lives to name a few.

Share this around on Facebook & Twitter! Music Gateway wishes Howard the best of luck for the future! Head to http://bigtunamusic.com/ to hear some of his work.