Can You Feel It: How Dance Music Conquered The World (Exclusive) Gary Welch, Music Supervisor Feature

It’s November, you can tell, as the British weather has turned from what’s been an amazing period of hot rays of summer sunshine to a cold, early winter snap. It was apt, as both myself, Jon Skinner and our featured interviewee Gary Welch, Music Supervisor and owner of Eyehear (independent music supervision company), started off the interview discussing the post effects of recent man-flu symptoms. 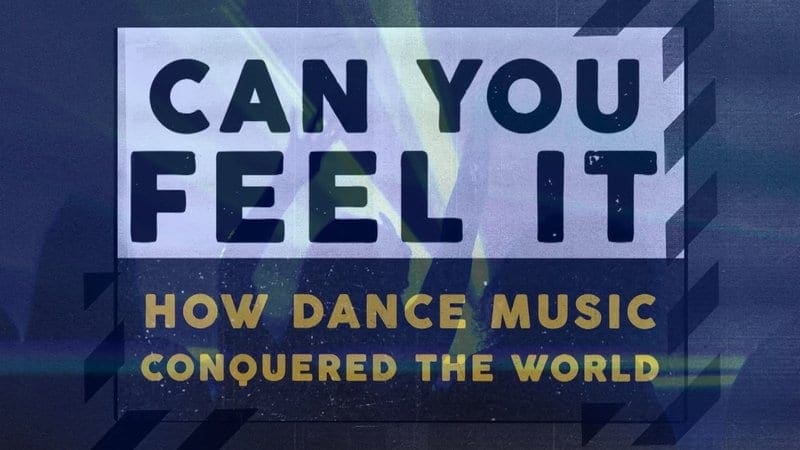 The new three-part, hour-long episode series was recently aired on BBC4 with a fantastic reception. With both of us having been House DJ’s back in the day, I was looking forward to this interview as much as Gary enjoyed working on the project himself.

I picked the award-winning music supervisor’s brains on all things dance music and his role working on this much-loved project.

Gary’s been in music supervision for 10 years, working on his first film in 2008 called Planet 51, produced by those nice chaps over at Handmade Films, yes, the guys behind the iconic Time Bandits film and Monty Python productions.

Not a bad one to get the supervision career off the ground. Gary fell into the music supervision role, like many others in this field, through a love of all things music. Cutting his teeth record collecting and DJing through his teens and early twenties, then into music jobs in record distribution, club and press promotion, label management and music licensing/sync. To date, Gary’s notched up music supervision on 43 films and 5 TV productions, so we’ve both agreed that as the big 50 is looming, we should start planning a beer or two celebration in his local in Brixton.

The insightful documentary, which is excellent by the way, digs deep into the history of dance music from its birthplace in Chicago and the now well-known venue The Warehouse, which transcended into its name of HOUSE, where the likes of Frankie Knuckles would produce and spin these new creative musical styles, we now call House. 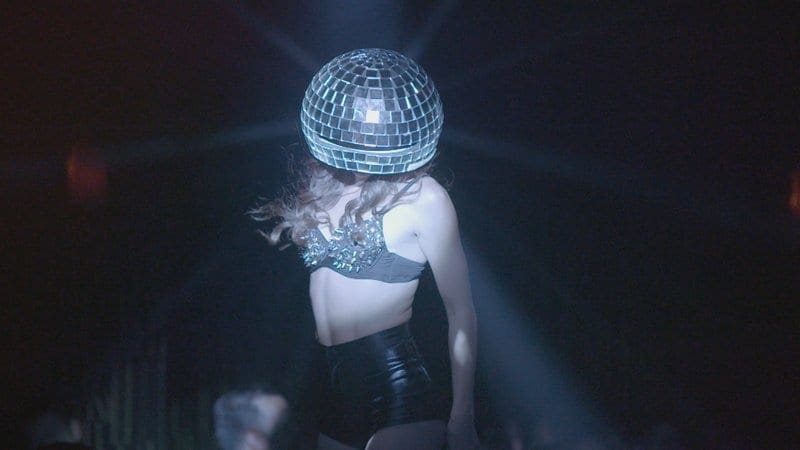 Well, Can You Feel It?

Gary secured the gig through a personal recommendation from someone he has worked with before who was at the production company Somethin’ Else, who also produce various content for brands and clients, as well as various radio, shows from the likes of Giles Peterson & more recently TV series.

Gary was introduced to house music as a young 80’s teenager at 13, just prior to a school trip to France, when his brother turned provider, supplying an exclusive mix cassette of early Chicago House. He was hooked, like so many of us in those early years, tired of the same old chart popping cheese and radio hits that dominated the airwaves, this was fresh, new, uptempo and underground.

“Djing and clubbing had a great influence on me musically”. Growing up in London was a bedrock of early Hip Hop and House music imported from the states and Gary continues to refer to various club nights that had such an impact on him growing up, such as club night: ‘A Touch Above’ in Deptford in 1990 with resident DJ’s Tony Wilson and Nancy Noise and not forgetting the London pirate radio scene and in particular Centreforce 88.3 FM featuring the likes of Kenny Ken and stations such as Fantasy FM with DJ Hype.

It’s clear Gary was a raver at heart (and maybe still is – I’ll ask him), with Acid House in his veins and regular trips to Telepathy and many illegal warehouse parties. 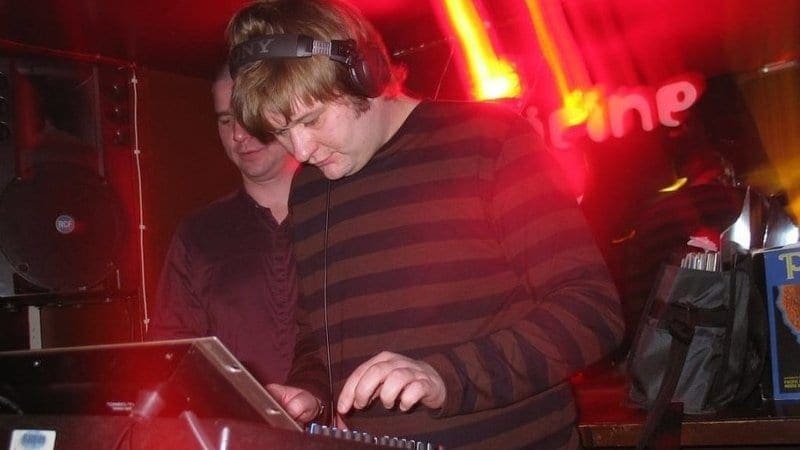 Was this project a sweet spot for you musically?

“I was a vinyl junkie and still am”. Clearly, this project was such a pleasure to work on, as Gary got to speak and at least email so many legends of the dance world. The supervision was super tough, with 150 copyrights to clear for international TV use, that’s a lot of paperwork, rights clearance and late nights. Gary came onto the project in January 2018 and it’s still ongoing now.

With the amount of great house music out there and Gary’s passion for collecting, it must have been difficult to narrow it down to what actually ended up within the show.

“A large chunk of music was chosen according to the contributors featured in the show.” With so many music artists/producers on camera from Derrick May to Tom Moulton, there was music from most artists that appeared. Also tracks synonymous with the clubs and DJ’s. “For example, ESG played live at Hacienda on the opening night, so we used ‘My Love For You’ over that segment. ‘Los Nińos Del Parque’ by Liaisons Dangereuses we used in the first episode to accentuate interviewees talking about Ron Hardy’s hard DJ style. Certain records were also discussed and certain scenes and eras from Balearic to disco. So it was important to capture those moments.” 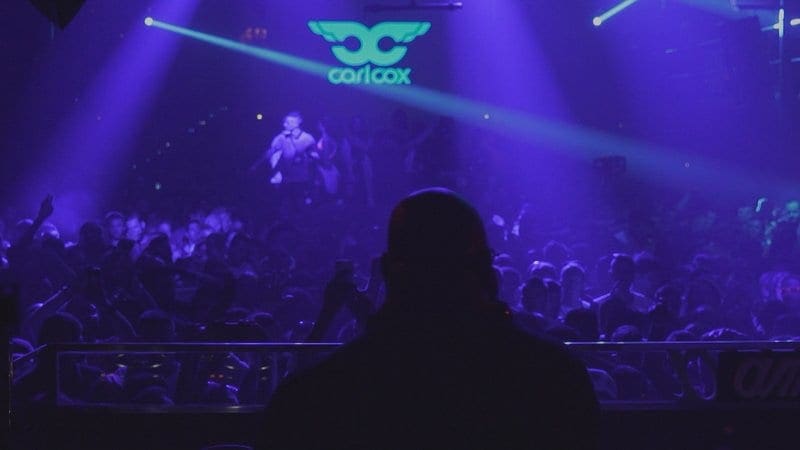 Gary further explains that it was a team effort through collaboration with the director Nico and series producer, Steve and editor Paul who all have great knowledge.

Things weren’t always smooth sailing though: “There were also things to replace. So I put in G.T.O – ‘Pure’ in place of Coldcut – ‘Doctorin The House’ as it has an uncleared sample. Likewise with ‘Seventh Heaven (Larry Levan remix)’ by Gwen Guthrie instead of Loose Joints – ‘Is It All Over My Face’.

“It’s been an eye opener, many classic tracks that are still in dispute and/or not sorted fully with their rights registrations, that obviously are needed for the blanket license use for BBC. Which meant a lot of sorting problems and tidying up registrations on the fly”

Gary previously worked on the amazing “Whitney” documentary which featured around 100 tracks in total, so he knew this project was going to be a monster and a MONSTER it was!

Luckily it all seems worth it in the end “Viewers have made some nice comments on the soundtrack. It has a variety of genres and hopefully some things you don’t hear on TV that often, as well as the classics.”

What’s your advice for anyone looking to get into Music Supervision?

It’s all about getting solid business/licensing experience before leaping into a supervision role, creative and sync licensing at a label or publisher would make sense.

There’s also student films and short films you can cut your teeth on as an introduction to music supervision once you have the necessary business and creative skills. Befriend and ask to help out young filmmakers starting out and get to learn the process of music in film. 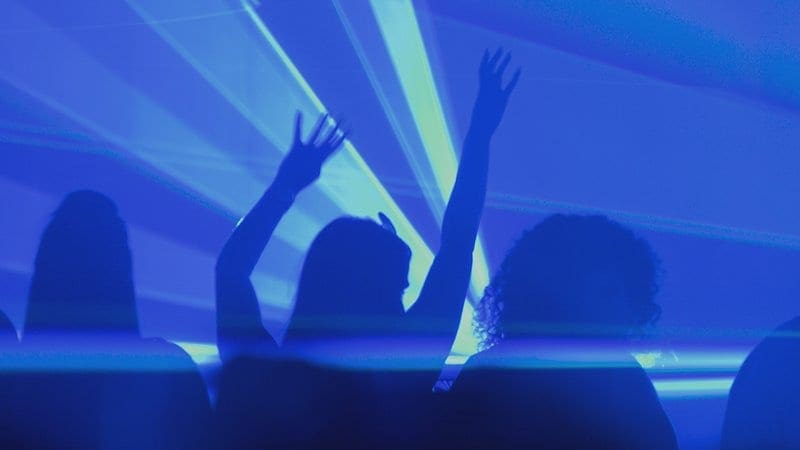 Back to the music, there’s been a trend of late with classic House and Hardcore popping up in car ads and only recently a new BT advert on mainstream TV features the underground classic from Frankie Knuckles (TRAX records) called ‘Your Love’, which was made more famous by the bootleg version of Candi Staton ‘You’ve Got Love’ with it’s looping electronic synth hook.

“Speaking to the likes of Joe Smooth, Jellybean Benitez, Tony Carrasco Klein + M.B.O and others was such a pleasure” Gary continues, it’s clear that doing a historical view of the history of house, was going to upset the odd person who felt like they should have been included or X person shouldn’t have got airtime and the odd shady person coming out of the woodwork claiming rights, to Gary’s surprise.

“I didn’t know there was so much politics still in classic house music considering a lot of the music is now 30 years old, but now I do”. I guess it’s understanding that from certain people’s perspectives there’s always going to be people that feel like their contribution to a genre or movement and culture should be recognised in a certain way, as they see it themselves.

Back to the summers of love in 88, 89, those early years really captured so many great classic tracks from the likes of Joe Smooth ‘Promised Land’ to Marshall’, Jefferson ‘Move Your Body’ and Ce Ce Rogers ‘Someday’, these musical expressions drove the UK youth crazy, it was the freedom to dance, rave and drive a car up the A3 into a field in the middle of nowhere to experience something truly different and of course, be mesmerized by the music and DJ’s and booming 808’s that blasted out of makeshift sound systems.

Whether you experienced this yourself or just want to know how this all came about, then I highly recommend you watch this wonderful series. Get yourself down memory lane and watch how recognition is given to the innovators of House. 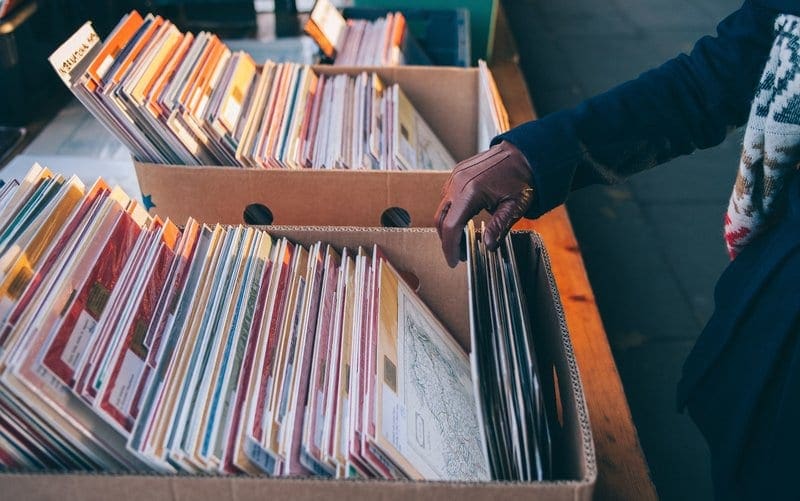 “Okay Gary, crunch time, what are your top 5 house/techno records?”

Gary: “These are my top 5 as of today, but subject to change on any given day:

Charles B – Lack Of Love (Desire)

Adonis – No Way Back (Trax)

Dionne – Come and get my loving (Bigshot records)

Kariya – let me love you for tonight (Sleeping Bag)

Last but not least

“I believe you still buy and collect records. Is there a house record still missing from your collection? You never know who might be reading this! What would that record be?”

The internet and sites like Discogs make it a lot easier to find records now. Most things you can find if you know what you want and are prepared to pay the price. What still excites me is finding out track titles/artists of old tracks that I know from hearing back in the day that I never knew what they were called. For example, Kiran at A&G Sync sent me a bunch of Chicago back catalogue tracks from a catalogue called Still Music. In it was Hex Complexx – ‘I Want You (The Dash Riprock Mix)‘ a Ralph Rosario classic that I knew by ear but not by title. I then bought it on 12” within seconds. I had it sitting in the end of episode 3 for a while, but sadly the end of ep 3 had to be re-cut so it didn’t make it in the final version.”

If you’re interested in getting your music sent to music supervisors, sign up to our sync portal or keep an eye out for sync projects in the marketplace!