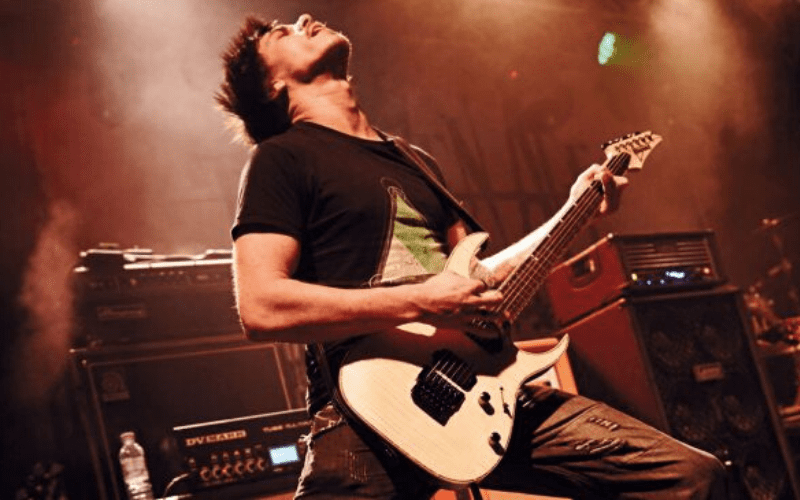 We interviewed Daniel Woodyer, a guitarist and producer on the platform about his latest sync placement with Muscle Car UK! Dan shares his journey of where he started off and where he is at now, as a guitarist for Wearing Scars.

First of all, tell us a bit about yourself, what your role is in the music industry and how you got there?

My name’s Daniel Woodyer and I’m a professional guitarist and producer. I’ve been playing the guitar for just over 15 years now! It was something that just started as a hobby and quickly became an expensive hobby as the addiction settled in! I’ve played in multiple bands, some even successfully touring Europe with high profile musicians and had plenty of fun with it, but I’ve started moving towards the songwriting and production side of things so I can focus on producing content at home and avoid the treacherously long trips between gigs!

This was certainly my first paid sync! I produce a lot of covers and remixes of current pop songs and TV/Film/Game themes so naturally, I never felt I could really put these up for paid syncs, so I started producing more radio-friendly content so I can start applying for syncs! I’ve had the covers and remixes used for various content before, but this was the first one I woke up with a big smile too.

What is your funniest/favourite memory from being in the music industry?

Too many to count, but a personal favourite is definitely when we (Wearing Scars) supported Bullet for my Valentine at a special CD release gig in London. Bit of a strange feeling performing alongside bands that you used to listen to as a teen, but it’s one I’ll never forget! Also performing at Download festival was a HUGE bucket list tick! Very nervous moment but totally worth it. I actually slipped over once during a gig and fell into my rig behind me, but the head of my amp fell onto my shoulders and I wasn’t able to get up until somebody lifted it off me! Thankfully it was foggy so nobody noticed (shhh don’t tell anyone)!

Ecstatic! Who wouldn’t be happy being told somebody wants to pay you to use your music!

Roughly 2 years now I think? I was taking small steps initially, testing the waters and looking for sync platforms for when I started to move towards songwriting for syncs. I took the jump earlier this year to become an influencer and landed this sync almost immediately after, so really it’s paid for itself! The staff are all lovely and helpful, there’s an abundance of projects and the features offered are great! Retail distribution is something I’ll certainly be taking advantage of when I write some shop floor tunes!

What would be your top tip to anyone trying to secure a sync placement?

Honestly, I believe it’s to not give up and to keep creating. The competition for placements is huge and everybody has something to bring to the table. If you have a huge library of music available and you keep on submitting, eventually somebody is going to like something you’ve made!

What are your plans for the near future?

Alongside writing for more syncs, I’m looking at expanding on my YouTube channel. I’m a huge gamer so there’s nothing better for me than combining games and music! I think I’m also going to look at broadening my genre horizons a bit. Is anybody interested in elevator music?

Thanks for being so helpful as a team and offering a platform for all the musical creators out there. For anybody who was on the fence about joining, they’re missing out!

It has been great to find out more about Dan. We loved hearing all about his journey so far, from where he started out with his guitar, to being with Wearing Scars as well as his plans ahead.

You can also check out Dan’s great sync placement with Muscle Car UK on Facebook.

If you’d also like to follow in Dan’s footsteps and get a sync placement of your own, make sure to have a look at our sync licensing services. We do the hard work to represent your music for film, TV, games and more – so you don’t have to!

Do You Want To Feature Here?

Feel free to get in contact with us if you want to be the next to share your story! If you are not yet a member, make sure to sign up for your FREE 14 day trial!