Fresh Out of the Studio, column:inches’ New EP!

In Music Gateway we love giving artists the opportunity to collaborate and develop themselves.

This is why stories like Steven and Jay’s really warm our hearts. The Australian multi-instrumentalist found a great musical partner in Jay, a vocalist with a very eclectic taste with whom he recorded his latest EP, “Nothing”. True music industry veterans, Steven and Jay share their story with us, as well as their plans for the future. 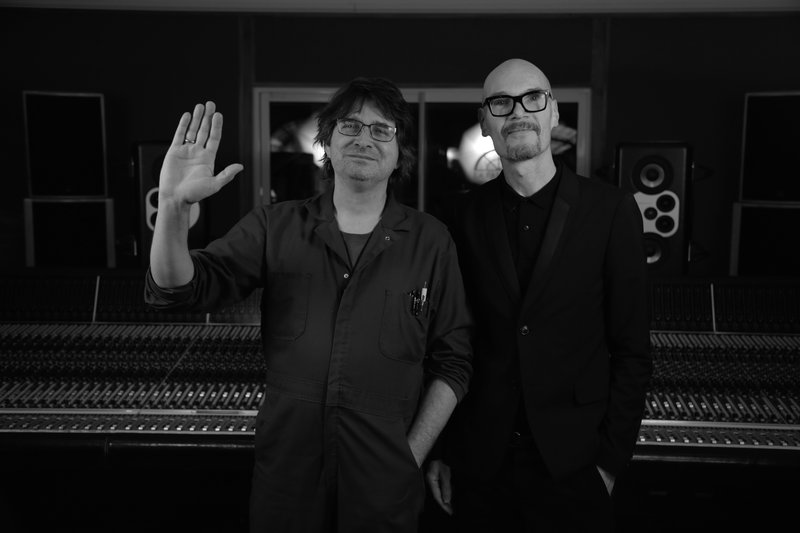 MG: Tell us about yourself and your music history:

Steven: column:inches is my songwriting and producing alter-ego – otherwise I am musician Steven Separovich, an Australian based in London for longer than I can remember. Starting very young with classical guitar to performing in garage punk bands as a teenager, I played in various bands internationally as a songwriter and lead guitarist/keyboardist (including support for Björk). My various bands released a number of CDs and I worked with producers like Martin Terefe (Martha Wainwright) and Gordon Rafael (The Strokes), also collaborating with Martin on (Diana Ross’ daughter) Leona Naess’ album.

My focus is on songwriting and production and I am always looking for opportunities to release my music in a variety of mediums. My music is varied, ranging from boy/ girl duets,  alt-rock/psych-rock experiments to instrumental adventures.

A recent workshop with Steve Albini, ‘Mix With The Masters’ at La Fabrique was a huge influence on me and brought my focus back to analogue equipment as well as other techniques that enable the music and performances to shine. Mind-altering and life-changing, it has given me a fresh focus on my work and approach.

Jay: my history is super long so I’ll keep it brief and just say I’ve been practicing for 30 years, recorded 2 Peel sessions, supported Mike and the mechanics, released a bunch of albums with EleMenT, tRANSELEMENt, Say Jansfield, SAY and as myself Jay Stansfield and I am now running The Songwriting Company, full time, providing a way for people to be remembered and my most recent commission A Song For Edward made it to Number 7 in the Amazon Music Charts so I’m now technically an Amazon Best Seller which is pretty cool. I’ve also been in the punk band ALL HAIL HYENA for 3 years now causing trouble on the internet and making people jerk around at gigs.

MG: Why did you join Music Gateway?:

Steven: Given my focus on film, advertising and TV, I’m keen to explore opportunities for sync representation and having access to Music Gateway’s team of sync licensing professionals. My aim is to get my music in front of music supervisors, broadcasters, ad agencies and clients around the world. Music Gateway’s global community of creatives gives me access to business opportunities and industry professionals to further my exposure and support my growth internationally.

Jay: I joined because I’ve always fantasised about having my music on a major film or TV series but also wanted to meet like minded creatives with a passion. I just felt when Soundcloud went all social-media the spirit of community was lost and so this feels like a good way of reconnecting with people from different backgrounds and genres.

MG: What were you looking for when you posted the project?

Steven: As I’m an instrumentalist and songwriter, I was looking for a vocalist to collaborate with on my new column:inches EP. My hope was to find a professional, experienced vocalist with great technical skills, easy to work with and with a good sense of humour! Since my project is pretty eclectic, I needed someone familiar and comfortable with a wide range of musical styles. So I hit the jackpot with Jay!

MG: Jay, What did you think when you saw the project?

I thought it looked interesting and so I checked out some of Steven’s stuff on Soundcloud (of all places haha!) and liked the way it sounded. I could hear a lot of influences from bands I like so I got in touch.

MG: Did you have a lot of pitches? What drew you to Jay?

Steven: The response was pretty good but whilst the applicants were excellent vocalists, I felt they weren’t quite right for my project. My musical tastes are very varied and eclectic which actually makes it harder to find people willing to go with it!

Jay responded positively to my ad and after chatting over email for a while I was particularly impressed with Jay’s encyclopedic musical knowledge! I was also impressed by the variety of Jay’s musical output. Just as impressive is Jay’s involvement in some great charity work.

MG: Have you guys worked with other people through MG before or was this a first for both?

Steven: As a recent recruit to Music Gateway this was my first collaborative experience via Music Gateway (and it has set a very high standard!).

Jay: I did meet a couple of electronic musicians through MG a few years ago and I provided some lyrics and vocals for one of their house/trance tunes. They were based in Sheffield so we worked remotely but I never heard from them after that. DivKid they called themselves.

MG: How was it working together on the project?

Steven: Hopefully Jay will agree that it was very positive and fun! I’m based in central London and Jay lives up North, but despite the distance, I felt it would be more immediate and successful to collaborate in person and to record Jay in my studio rather than send digital files back and forth to each other.

Following the Steve Albini seminar, I was very keen to apply my new-found knowledge, using my new microphones and the tips and tricks recommended by Steve.

Having initially sent Jay some examples of my songwriting and production, I also sent him a rough draft of the songs and he seemed to like them! Jay came down to my studio in London for a day to record his vocals.

Jay has an amazing vocal range, and his timing and pitch are spot-on. He was super professional and focused so we managed to get through all songs as planned. We even found time to have a laugh through the day and have a celebratory cocktail at the end!

Jay’s incredible vocals on the EP were mostly first or second takes (which captured something spontaneous and fresh in his vocal performance)!

Jay: I loved it. Travelling to London to record vocals in a beautifully neat and fancy flat thousands of feet off the ground, with someone who is generous, kind and cooks great food is an experience I won’t forget! Steven knows what he wants, was very complimentary with some great feedback but didn’t hold back when something needed changing. It was great to watch him editing so proficiently too.

MG: How long have you been working on the E.P.?

Steven: I began working on the EP in late June this year – writing lyrics, melodies, and recoding outline instrumentation. The project also includes a violinist and female vocalist which I recorded prior to Jay’s session in August. Once the guests were in the can I recorded my guitars, bass, keyboards, and programmed drums before finishing the mixing and mastering of the EP at the end of September.

Jay: I was sent the lyrics and melody a good few months before heading to London and recording it in a day. I have to state clearly that my retention of dates and timescales is minimal! Let’s just say it happened and then stuff happened and here we are with a great record! 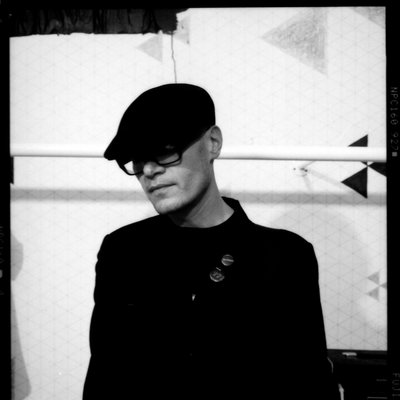 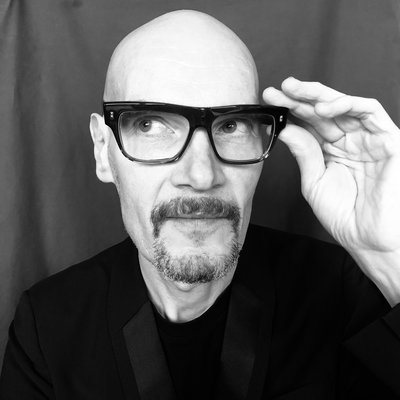 MG: What’s the next step for the release now?

Steven: The EP ‘Nothing’ was officially released in mid-October on all major digital platforms and also for download on my website and via Bandcamp.

I would love to hear the songs played on radio, and have submitted them to BBC ‘Introducing’ where hopefully they will find a wider audience.

I’ve also submitted songs from the EP to Tom Robinson’s ‘Fresh on the Net’ and the song ‘Always Different, Always the Same’ was selected for ‘The Listening Post’, which is exciting!

I am now trying to push the EP on social media (Jay’s also kindly helping with this) and would like to find a label who’s interested in releasing the EP on physical formats (vinyl and/ or tape). And of course I’m also looking for sync deals!

Jay: I’ll push it as much as I can on my social media wherever I can and I’m guessing Steven will do the same!

MG: Will we see more projects from you both together?

Steven: I do hope so – fingers crossed!

Jay: Who knows! If time allows and the opportunity arises I’m sure we can pull something else out of the bag!

MG: What’s the next steps for you individually?

The intention is to integrate acoustic, electric and 12 string guitars.

The plan is to release the instrumental guitar EP early December, and then begin work on the next vocal EP (hopefully collaborating with Jay again on more alternate musical excursions!). I’d also like to produce other artists, I aim to do more of this in the near future.

Jay: For me it’s building up a solid client base for my memorial songs and bespoke writing services. I’m preparing to go into the studio soon to record a song for Burnley Town which Burnley Council commissioned me to write for them on the back of The People Of Padiham. They’re created by getting members of the public to come over to me and my guitar and tell me a little about themselves, plus their name, so I can put it into song. I’m also working on more songs for a cartoon called Ey Up Duck! which is now on it’s 3rd Series!

MG: What do you think of Music Gateway?

Steven: From my experience so far I’m very impressed by Music Gateway – I was particularly pleased at the professional standard and high calibre of the respondents and impressed with Music Gateway’s professional and friendly staff – it comes highly recommended
Do your tracks need the helping hand of another artist or producer? Find great artists to collaborate with here at Music Gateway!