Grime, Grit and Determination with Ghetts

On a sunshine filled day I made my way to the rather trendy area of Hoxton to meet up with a very versatile rap artist by the name of Ghetts. The East London lad, who has grown up as a fundamental innovator within the grime genre, was charming and insightful as we chatted about what is important to him in his career and what motivates him.

We also spoke about his experiences in the industry and his debut album ‘Rebel With A Cause’, which is set for release in early 2014. The first single, ‘Party Animal’ will be released in early October. Within twenty minutes we had discussed everything from being a dad to the responsibility that comes with being successful within the music industry. 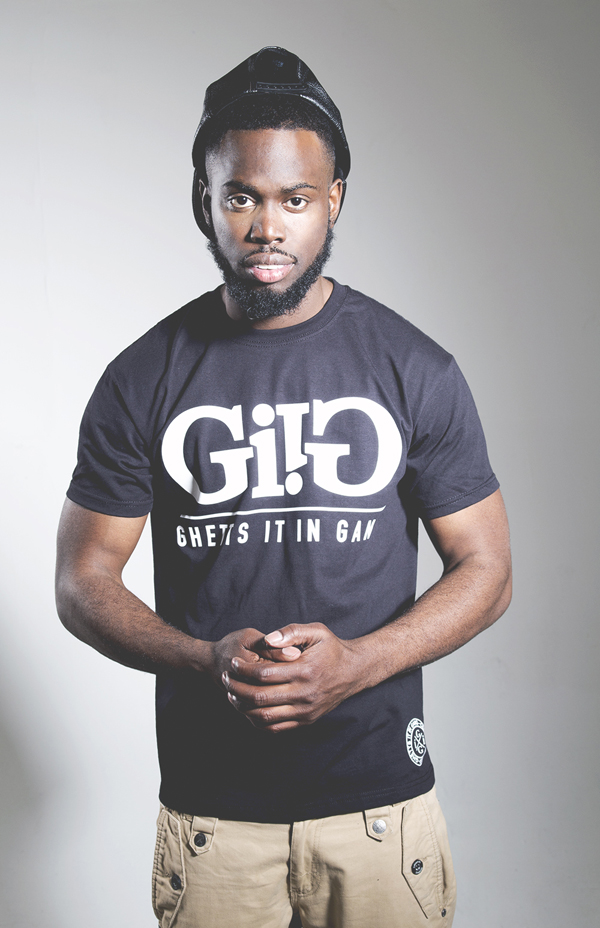 1. Your first mixtape was released in 2005. We are now in 2013 and you are releasing your debut album. That’s a long time to go before releasing a debut album, what happened in that period?

I was scared. After my debut mixtape in 2005, I made something called ‘Ghetto Gospel’, which really was an album but at that time the whole infrastructure was about getting your buzz, getting a deal and not doing it by yourself. So I was afraid to say that it was an album because I didn’t have a big machine behind me, so I called it a mixtape. I made a mistake there but you live and you learn.

So I made ‘Ghetto Gospel’ and in between that time [and now] I’ve been lost; I made some CDs that I didn’t really want to represent me on such a worldwide level. If I’m being honest, after ‘Ghetto Gospel’ I was kind of compromising what I’m really capable of to conform to what grime fans really want. I knew what my capabilities were but I thought they were not going to like it because when I gave them ‘Ghetto Gospel’ no one was making any music like that at the time. I was 21 and I didn’t even know I could do that! When I finished it, I was like ‘wow’ and people I played it to said the same. But no one knew what to do with it. So I then made ‘Freedom of Speech’ and the grime fans went sick! That’s easy for me; I know what to do and what’s needed to make them go ‘sick man!’

I’ve just been up and down from then until now and it’s only now that my daughter has put me in a special place and given me tunnel vision that I can really focus on making the music that I really want to represent me as a person, whilst still flying the flag for the genre. I know some people will take that the wrong way and think, “he’s going to leave us, he’s trying to abandon us”, because every one of their top boys has abandoned them and I know how they feel. I know how you would feel as a fan if every one that you loved had abandoned your genre, so I’m not abandoning them.

2. You sound like a man who likes to challenge himself!

Yeah I do, I have to! When I make music I don’t want to make the same CD twice. I don’t want to make the same one as I did last time even if that formula worked. I want to go in the studio and try new formulas, work on new flows, try to find new subject matter to talk about and to sound interesting doing something that someone hasn’t already done. Now I just say stuff that everyday people are going to relate to and not just people from the estate or the street. I was afraid to talk about my struggle before but now I’m just open with it. Right now life’s not that great, money’s not flowing but that’s a special thing when most of the world’s like that – money’s not flowing and they’re gonna relate to that. So I had to find a way to be at one with my insecurities and just say it, just let it out.

3. How important was networking and connecting with other musicians and producers for you when you were starting out?

That was very important, even now I love meeting people. When I gel with someone they can bring something out of me that I never knew even existed. I cherish that person when I know that working with that person is going to do that. For instance, Louis White brings the darkest element out of me and the fans love when I work with him and I love when I work with Louis but I’ve stayed away from him for a little while because I’m scared of it! That’s my brother and I’m scared of what he brings out of me! [Laughs] Then people like Merlin bring a more thoughtful side out of me, evoking more emotion and that is when I get to do the deeper things, which I cherish as well.

4. Let’s talk about your debut album, ‘Rebel With A Cause’. Who or what were your influences or was it a mixture of everything coming together?

I had the title for ages and I was making music for three years whilst doing other mixtapes to keep the fans happy but it just didn’t feel right. I felt like I was just spitting about spitting and I wasn’t saying anything. Every time I listened to it I could hear that it was just not real, so I scrapped it. Then my daughter came along and suddenly everything was falling into place, the concepts… everything. I had 6 or 7 songs and could build around them. Anytime I was going into the studio everything was sick and I ended up with about 130 songs or something like that to choose from.

5. So you could easily put out another album right away!

Yeah, I’m going to put out a mixtape after and start work on my second album.

6. Previous mixtapes showed how versatile you are as an artist. Did you feel like you had anything to prove with this album?

Yeah I did. When I did ‘Ghetto Gospel’, there wasn’t Twitter or things like that so I never felt feedback from people from different walks of life who would have liked my music. I remember after I made ‘Ghetto Gospel’ that I read comments from fans like “this is shit” or “what’s this compared to his last mixtape” and I remember feeling down and thinking that I had put my heart and soul into it and I knew that it was better than ‘2000 & Life’. I was angry and that made me make ‘Freedom of Speech’ and because that mixtape worked everyone was in uproar about it and it got in the Metro and was talked about loads. But I was trapped in what that created during that time.

7. It’s always better to be versatile and be able to chop and change your creative flow. Maybe with the new album people will realise it’s a pro rather than a con?

8. Within the grime scene, collaboration between creative minds is a core part of the genre. What’s your experience been with that?

Yeah, it definitely is. I’m always collaborating, even with people that I’ve warred with; we collaborate years after and still make music. That’s one of the great things about it; it’s not really political. It’s hard for us to understand when we are on the other side and people say, “get your manager to ring my manager” and we think “What, why?” It’s not difficult where we’re from because we just get it done. Then sort the paperwork out later on.

9. What did you find most difficult about starting out as an artist in the British grime scene?

I was just saying to a good friend of mine, Dollar that my difficulties are now because I’ve had it so easy in the beginning! I’m from East London and East London was the place where they birthed the sound. NASTY crew were good friends of mine and welcomed me into the crew with open arms. Some of the difficulties that people had to go through at the start were things that I never went through. So really my difficulties are now. My hardships… I’m feeling them now. But it’s all right. It’s OK! [Laughs]

I want the masses to hear my music. Everyone’s got this thing where they say, “why do you want to be mainstream?” It’s not about being mainstream. It’s like anyone that does anything – if you work a 9 to 5 job then you want to climb to the top and you want to be the boss of where you are. It’s progress and I’m not an enemy of progress and at the end of the day I’ve made music that I think can stand up there with anyone of any genre putting out music now. I feel like it deserves to be heard in that light and you can’t blame me for feeling like that. I’ve worked hard on this and I want the world to hear it and if that’s what you deem as mainstream then deem it as that. I just want the masses to hear my music so I am not saying that I want to change to be famous. Fame’s not my thing. That’s not what I’m in music for. I just want the masses to hear my music and go “this is sick!” That’s what I love. I’m more into the person coming up to me and saying, “I heard that tune, I love what you do”. Then I feel like what I was doing in the studio translated to someone and that it worked, my experiment worked. Then I’m happy.

My daughter. That goes without saying, nothing comes close to that. If she said that she wanted me to give up music, I’d say why? Then I’d do it.

12. From ten years ago to now there have been big changes for you, where do you see yourself and your music in ten years time?

Ghetts has been a prolific collaborator over his years of making music within the industry. Music Gateway wants to help artists like Ghetts to interact and connect on a global scale with other talented people.