Ruth Lorenzo is a singer-songwriter born in Murcia in the south-east of Spain, that you will probably know for coming fifth in the 2008 series of The X Factor. While the hit ITV show might not have the best reputation in the industry, it did give her a platform to blossom.

She impressed the judges in the audition phase of the competition with a moving rendition of Aretha Franklin’s (You Make Me Feel Like) A Natural Woman, and moved onto the Boot Camp stage. While at Boot Camp she auditioned in front of her X Factor mentor Danni Minogue. After an emotional performance of True Colours by Cyndi Lauper (sung in Spanish), Lorenzo was picked for Danni’s final three who proceeded to the live shows. 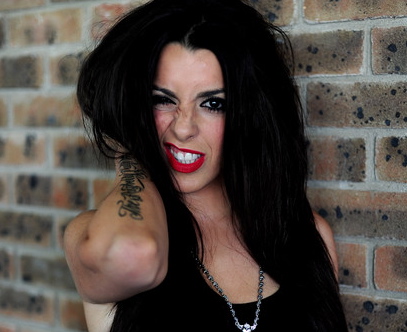 At six years old Ruth began to sing opera music, imitating Montserrat Caballé, a Spanish opera singer after her mother bought her an album by Caballé.
At the age of 12, Lorenzo’s family moved to America and she became involved in music at her school. Ruth was entered into many competitions and played lead roles in musical productions such as The Phantom of the Opera and My Fair Lady. When Lorenzo turned 16 the family returned to Spain and had to cancel her singing lessons due to family financial difficulty and almost gave up her dream of ever becoming a recording artist.

In 2002, she auditioned for the 2nd series of Operación Triunfo, the Spanish version of Star Academy, where she was rejected in the first rounds of the auditions.
After making the big decision to quit her job in her family’s business Ruth landed a contract at Polaris World, where as well as performing, she worked as a PR consultant.

She released her UK single “The Night” on 15 June 2013 and the song has already received major radio support and promotion across Europe.
The emotion of her voice and her obvious power-ballad sensibilities which carry the song and its incendiary chorus will have you singing along at every listen. The track is pure emotional pop music and you would have to be made of stone to be left unaffected by Lorenzo’s unique passion and vocal performance.

Lorenzo Ruth is one of the first two UK signings to the H&I record label and she has just finished writing her first album with all Spanish Vocals.

Lorenzo’s debut album, The Raspberry Pattern is expected to be released in the United Kingdom in Summer 2013.

The song featured a club remix by Almighty and Ruth is using Music Gateway to get 2 or 3 mainstream/club remixes of this song.
Make sure to look out for her projects on the site here!