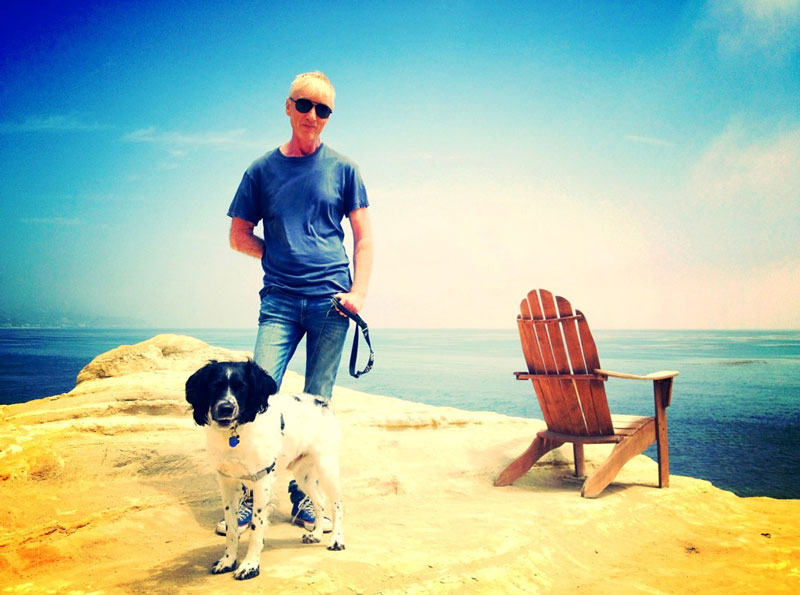 We caught up with award-winning, Grammy nominated board member of the US Guild of Music Supervisors, Howard Paar. Despite his storied career and star-studded collaborations, it’s clear that the Guild holds a special place in his heart:

“I’ve been on the board for several years now, and I just love the idea of the Guild from the beginning, and I still do.”

It’s hard to find an area of the music industry that supervisor Howard Paar hasn’t been involved in. He began his music career as a DJ and promoter in London before moving to LA in the late 70’s, where he started his own club in Silver Lake. Using his English roots and London connections, Howard was heavily involved in the Ska scene and with a lot of classic indie bands back in the day, such as, a little band called The Clash.

“Being english was a novelty to people here [LA] then for sure and, in terms of the English bands, a lot of those artists -The Clash- who popped here pretty big from the get-go were all starting out and it was just my natural fit.”

Following on from that, Howard was also involved in the big 80’s Hip-Hop insurgence:

“I’d been going to New York around that time, so I got access to a lot of the early Hip-Hop stuff, and ended up doing stuff, probably in ‘81 I think, with Sugarhill at my club. I think it was just such a new opportunity and, I don’t want to keep making punk parallels but the kids I was meeting from that world reminded me of punk in the sense that first it was pretty politicised”

Adding to his long list of experience, Howard briefly repped and managed artists that are now household names. The list included: NWA, Ian Hunter and Mick Ronson, Jimmy Jam and Terry Lewis, Morris Day, the list goes on. He accomplished all this even before he moved on to working for Polygram Records in ‘89 but it was this incredible eye for talent that would land him the gig as Vice President, Media & Artist Relations:

“I’d done stuff with the labels through the club, we had done a lot of promotional stuff with bands that we liked, be it the Clash or the Psychedelic Furs. There were loads of bands where I was bouncing back and forth with the labels but not working inside them.

“Then in ‘89 I’d been working on a number of artists who were in Polygram as indies, like Michelle Shocked and Ian Hunter and Mick Ronson for that matter, and it just happened that the person who was working there was leaving, so I went and met with them and I just went and took the plunge.”

Howard worked with a diverse range of – then up and coming artists – including: INXS, Def Leppard, Chuck D, Bon Jovi, Kiss and more before transitioning to Vice President of Soundtracks.

Moby and The Movies

Later on, he worked with Moby, whose phenomenally successful album Play, became the first in history to have media placement for all tracks. Howard explains:

“Moby had left Elektra and actually, my plan at that point in truth, was to be an independent music supervisor…. I started to take on my own films, I met with Kate from V2 and Dan Beck, and they had this amazing roster of artists that they were signing that I thought were fantastic. So I went in there as the head of film and TV, essentially with the understanding that I could supervise as well. So we met Moby, and that was one of the most amazing adventures.

“We were meeting people in the film world who had such a deep love for music and because they weren’t tied to the constraints of a record label’s logic and radio and these ways of thinking necessarily, there was more excitement around new music. And that is the most amazing thing, meeting all these people in the film world who were just really passionate about music in a very pure level.”

Howard obviously loved the film world and its way of thinking about music as he has been a music supervisor ever since.

“I think what I love the most is the times working with great filmmakers where we just mashed in creatively. I feel very lucky. Might be cliche to say, but I feel truly grateful. The last few years I’ve been working on films that I’ve loved from the beginning to the end.”

Howard has a way of building great relationships with directors, he explains it’s like developing a shorthand, if you know a director well and build a rapport, you have a shorthand together. This is how he describes what it was like working with Marielle Heller on her new film: Can You Ever Forgive Me? The biopic stars Melissa McCarthy and tells the story of Lee Israel, a writer turned career criminal. Projects like this require premium talent in every aspect of production and luckily Howard’s affinity for working with directors means having him onboard is good news for directors:

“We get that sense of what we were going for, some bits were really like-minded and sharing similar taste, some bits were adventuring and discovering and it’s always exciting to go back to work with people.”

Having over 80 credits, it seems impossible to choose one particular highlight and so when we asked him, he told us:

“I’m always really excited about the project that I’m doing at the moment. Going back to the 70’s here with Marielle Heller from Diary of a Teenage Girl, Mike Mills from 20th Century Women, and then, also immersion into the latin music world have been really, I don’t know how to put it; just joyful. We did more or less an album’s worth of new material on How to Be a Latin Lover. I want to do more new recordings, even on indie films (because the budgets are tight), I think I’ve started to see how you can do it without needing money you just just don’t have.” 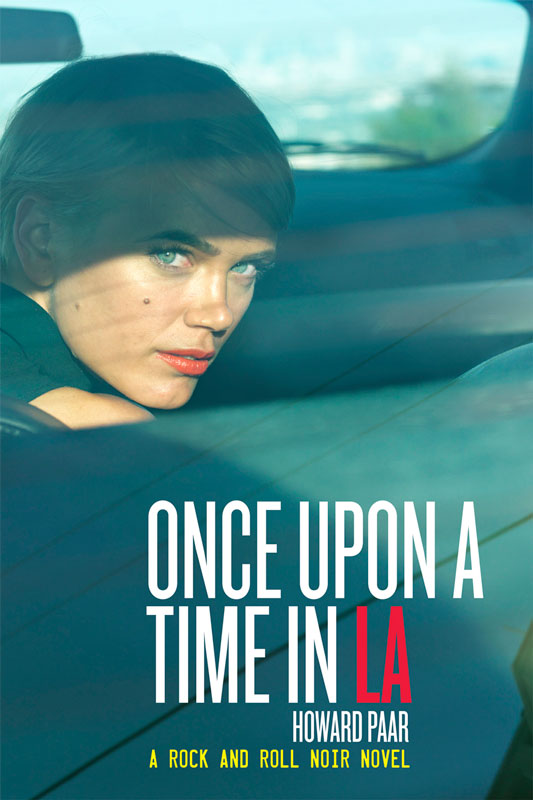 Howard’s latest addition to his long list of accomplishments comes with his first novel Once Upon a Time in L.A., which is out now.

“It’s been a wonderful experience top to bottom, one of the most fun.

“I like the idea of a book that was inside of the music business and all of its nefarious characters and troublemakers… I wanted it to be fun.That’s the most important thing for me, it being fun. It’s certainly dark, but hopefully it’s fun, and that’s what I want to read.” he says.

The idea for the book came about when Howard met L.A. crime author, Denise Hamilton. It turned out that coincidentally she had gone to Howard’s club, back when she was in college. She said to Howard that he should write a story about that and send her the first draft. He sent it and she basically became his editor.

“She gave me notes right through it, and it was an amazing process. Part of the reason I started out with a novel I think was because, you know, I love the films and everything we do is very collaborative, but it just seemed a fun idea, naïvely, to think I could just go off and do something, just in my own time, whenever I wanted to do it.

“Which is also a ridiculous thing to say, because she [Denise] gave me an enormous amount of help, a number of other film-writers and novelists gave me great notes and insights. So it’s just as collaborative as anything else ultimately.”

Once upon a time in L.A. is available on Amazon, Barnes & Noble or direct from publisher Over The Edge Books. There’s also a 70 song sequential playlist of all the songs that are referenced in scenes in the book.

Of course, we had to ask for Howard’s advice for anyone trying to get into supervision or sync. He tells us:

“I think it’s like anything, connected. I didn’t know people in the music business as a kid or as a teenager per se, you had to kick your way in, but I think that’s what people were doing in London, New York and to a degree Los Angeles. You have to be compelled, there really is no other way forward.

“I love every minute of it, and every day I get up, I feel so grateful to be able to do what I love. So I think you’ve got to purely love it out now and let that be what gets you through. Because obviously it’s getting increasingly competitive, it’s harder to break in… But I think that there’s always room for people who are completely committed to both the art forms of film and music.”

We hope you’ve enjoyed reading this amazing insight into the life of a Music Supervisor. We loved talking to Howard, he’s one of the many Music Supervisors we work with. We provide hundreds of industry professionals with high-quality music, if you’re looking for great music, get in touch with our Concierge Team.

If you’re looking for representation for sync licensing and other placements, click here.

We had the pleasure of chatting with singer-songwriter/film composer/producer (and more), Ryan Koriya. With so many talents, Ryan’s career has...