Recently, Music Gateway has been filled with opportunity, with an incredible amount of remix projects coming through, here’s an interview with independent label owner, Sam Sharp, talking about his act ‘Koncide’ and their remix project that you can find here.

You run an independent label called ‘Simply Deep’, how did this come about?

S: Simply Deep originally began sometime in 2013/2014 as promotional Youtube channel for pushing out our friends tracks and other material in the same Palette.

Primarily run by myself Sam Sharp (Aerotonin) and Hyden Birch (Imanzi) it has now expanded into a fully functional label with it’s first release (SDC001) out December last year. We both push Simply Deep where we can and also ourselves as individual artists.

How has your musical career progressed so far as individual artists?

H: I’ve released on labels before such as Duckem’s Indigo Movement (as well as flying out to Greece to headline their Compilation release party), Infra-tribez, Prolific and on Simply Deep’s first release.

S: I will have my debut release with Simply Deep later this year as well as other work currently in the pipeline. I’ve has also played alongside respectable artists in the past such as Caski, Anex, Wayfarer & Thelem through our Bass-Music night we are a part of round these ends called “Vexd Bass Culture”

What’s the scene like at the moment? How has it changed in the last 5/10 years and where do you fit in?

H: well for I’ve been following Dubstep more than any other electronic genre, but its always been changing like this whole Brostep hype that’s suddenly died down this past year and the more minimal, more alternative side of the 140 bpm tempo has changed and been influenced by different genres

S: I find it hard to comment on the “scene” sometimes living in such a rural place but the genre that has most of my interest at the moment is the sort of grime revival that’s been happening over the past few years – by that I mean more the instrumental side of it. A lot of talented artists are taking that sound and remodelling it in really creative ways; Wen, Murlo, Kahn & Neek, Trends, JT The Goon, Mystry, Gundam, Dark0, Visionist, Mumdance, Spooky, Arctic to name a few.

Tell us more about Koncide and the upcoming EP?

S: I’ve know Chris (Koncide) personally for a few years now and have been interested in working with him for an EP since he released a track on our debut release last year. He’s such a perfectionist when it comes to production and I like that about him, sometimes you get people that are a little bit too eager to put stuff out there into the public before properly taking the time to assess what a track actually needs. It will also be our first release expanding into 170 territory which I am pretty excited about. 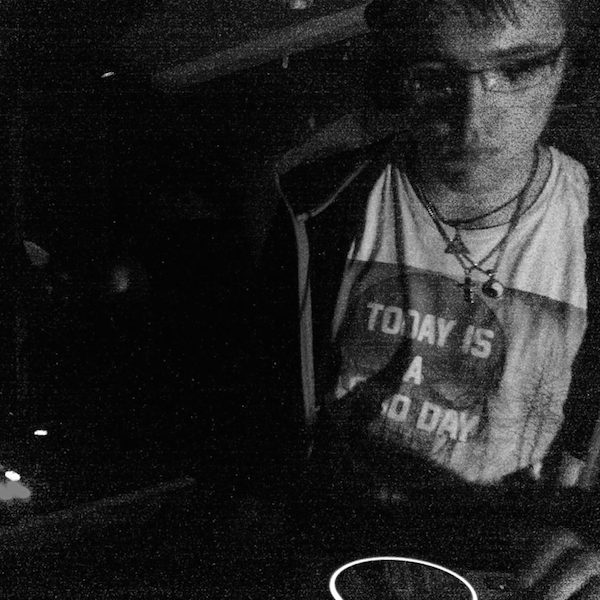 You’ve currently got a remix project up on Music Gateway for this, what made you want to go for a remix?

S: I like the idea of what Music Gateway is trying to achieve and Im shocked I hadn’t heard of it before in all honesty. Im all for working with artists that I may not have come across through other means (as long as we have the same creative output in mind). Im up for giving it a chance and seeing what comes of it!

What direction do you see the label going in going forward?

H: We aim to push and promote underground artists who we feel there music needs to be heard. No matter what style, sound, energy, tempo they bring as long as we feel it and deserves to be signed, we’ll help out. hopefully it’ll promote both the artists and the label overtime and we can do more with the label

S: Pretty much what Hyden said, We try not to category into genres, anything forward thinking we definitely interested in listening to. We’re in this for the love for the music and any money made off the label will be going back into it to fund future releases and hopefully events in the future.

Want to have one of your songs remixed? Click to create a project here.