At Music Gateway we like to showcase the amazing talented members that are on the platform and congratulate them on their achievements. This is why we have interviewed our wonderful member, Dana McKeon, who has partnered with Italian producer and songwriter, Stef to talk about their success. Together they have made a number of tracks, one of which, “Floating on These Waves” made it to our Fresh New Tracks Playlist.

Thanks for agreeing to this interview! Could you first tell us a little bit about your background in music and what your role in the industry is? How did you get into music?

I’m a recording & performing artist, songwriter and beatboxer. I’ve always been into music but I only started writing songs, beatboxing and performing in my late teens. That turned into the most fulfilling form of self-expression and connection I could ever imagine. A couple of years after discovering my passion for music artistry, I moved away from Malta to pursue a music career in London and made it happen!

I’m now Malta’s official representative at the Beatbox World Championships and secured my spot in the Worldwide Top 5 of the Female Category during my first competition. I also hold 2 Female Vice-Champion titles from the UK Beatbox Championships.

As a touring artist, I’ve performed at high-profile events for the British Royal Family and large-scale concerts such as MTV Music Week, the London Paralympics, The O2 (London) and Lovebox Festival.

My collaborations include beatboxing with Bruno Mars and Misha B, featuring on a track with DJ Pioneer; working with Jack Garratt and featuring as a support act for John Newman, Rudimental, James Arthur and Beardyman. I also starred in a viral Pepsi Max advert as a beatboxer.

You’ve had a pretty successful collaboration with Stef. What made you decide to pitch to Stef’s project and how did that collaboration go?

I’m a member of Music Gateway and like to check out listed projects when I’m seeking new collaborative opportunities from time to time. I came across Stef’s project where he was looking for a singer-songwriter to write and record toplines to his tracks. I had a listen to some of his music and loved his production style, so I sent over a few demos of my work and the rest is history! He’s very talented and has a clear musical vision, which made our collaborations fun, smooth and inspiring. We’ll hopefully keep this collaboration going and produce more tracks together going forward!

“I had a bunch of pop modern sounding songs which were waiting for top lines and lyrics. Of course I did try few singers/songwriters before. But honestly it’s hard to find people able to reproduce a modern sound – vocally speaking. I put down a project on Music Gateway for those tracks and Dana replied. She’s great, she’s a beatboxer as well which helps her to have that groovy sound that’s so popular these days. She’s also a great singer and a very quick worker, so it was very easy to finalise everything after the first rough demo she sent me. We are now working on other songs and I hope we’ll keep working together for a long time!” – Stef, Songwriter and Producer 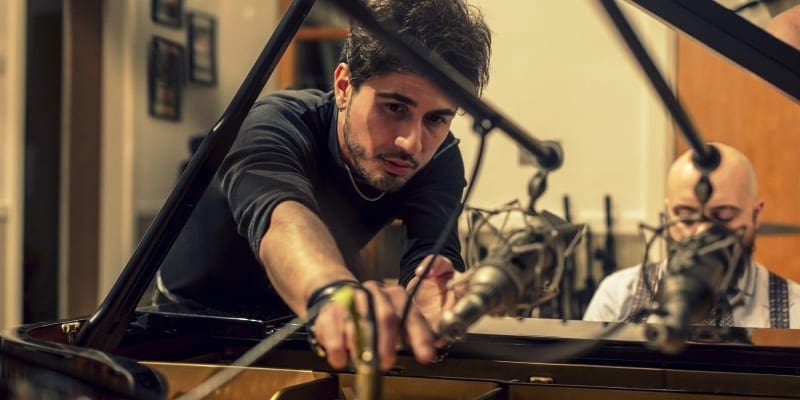 You said you’re working on a few other projects through Music Gateway at the moment. What are they and how are you getting on with them?

I’m currently collaborating with a couple of other producers who I met through Music Gateway after submitting my demos to their projects. I started working with Max Mayers a couple of years ago. He’s a brilliant producer and knows how to create a really modern sound. We’ve now published quite a few songs together and have just secured our first placement on “Home and Away”. You can have a listen to some of our tracks on Spotify and stay tuned for more in the pipeline! I’ve recently connected with Domo X and we’re about to start working on our first tune together. He’s got a very fresh sound so I’m looking forward to seeing where this collaboration takes us!

How are you getting on with Music Gateway? What’s your favourite part of the site? What other success have you had through the site?

I love the fact that my tracks and metadata can be stored in one place. It makes pitching to briefs and sending my music to potential collaborators so simple!

What advice would you give someone in a similar position to you or someone trying to achieve what you have?

Versatility is key! I find that being versatile and adventurous in my musical endeavours has been the most rewarding aspect of my experiences as an artist. Every time you take on a new collaboration or learn a new skill, you’re opening a door which could lead to countless opportunities. Go for it!

So now you know, if you want to find like-minded producers and artists with which to collaborate check out our Global Marketplace!

Not a member? Why not try our no-commitment 14-Day Free Trial?