Steve Michael McGuinness, aka Steve Mac, is a UK House producer, DJ, Song writer and remixer, he also runs Variation Recordings as a solo artist and has been a label boss to 5 record labels.

Having been making records for 20 years, Steve Mac started off his career very young, DJing and mixing at the tender age of 11 and getting his first studio session when he was 15 and still at school.

Mac was one half of the Rhythm Masters, with Rob Chetcuti being the other. The duo started, when Steve met Rob in a Hip-Hop group in Malta. Mac and Chetcuti set up a studio followed by a record label, Disfunktional Recordings in 1995. This label was mainly just a showcase for the pairs own productions, although other artists such as Danny Tenaglia, Junior Sanchez, Paul Woolford and Giorgio Moroder also contributed. 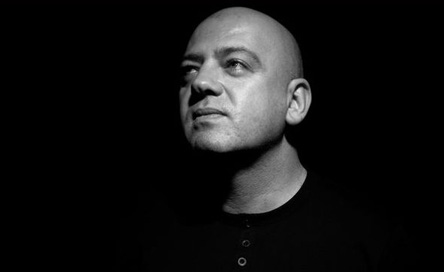 With the Rhythm Masters splitting in 2002 to pursue solo projects, Mac saw himself producing tracks for CR2 Records. Steve Mac has remixed over 250 records for the likes of Jamiroquai, Michael Jackson, Amy Winehouse, Charlotte Church and Simply Red. One of his tracks “Lovin’ You More” got used on the game Grand Theft Auto IV, on “Vladivostok FM” Radio Station.

In September of 2008 Mac released his track “Paddy’s Revenge” which reached number 17 in the UK Singles Chart. His most recent releases have been on CR2 Records.

Mac has also started up a new label and publishing company; ‘Black Rock Records and Black Rock Publishing’, enlisting the advice and help of Mark Lawrence from PRS. Black Rock Records and Black Rock Publishing are all about giving something back to the industry that has given them so much. With the House music community being full of talent that goes undeveloped, unnoticed, poorly directed and seeing many artists go without reward, they wanted to deliver quality music from a group of artists that get looked after with the kind of care and attention that many larger companies seem to lack. With Black Rock Records giving every artist they sign a remix from Steve Mac himself, with a hands on production support and a much needed disciplined focus on the artists getting their royalties paid.

Steve Mac has connected with Music Gateway looking for collaboration work with a new singer, songwriter or artist for a featured vocal on a future label release. If you’re a vocalist and want to get yourself heard, this is an amazing chance to work with the this brilliant House producer. Check out out the project here!!