Recorded in September 2020, stunning folk-ballad, ‘Like Yesterday’, is set to enthral listeners of all tastes.

‘Like Yesterday’ is a song that came together extremely quickly for Alex. It formed very naturally after she sat down at the piano whilst feeling sad and nostalgic about a previous relationship. Alex frequently uses music as a cathartic means of expressing herself, but this track’s piano and vocal parts were written within an hour.

Produced by Nick Brine in Rockfield Studios, ‘Like Yesterday’ became increasingly folky in nature once it was brought into the studio. The banjo in particular was a last-minute addition. Clocking in at three and a half minutes of soft indie-folk, overlaid with beautiful, airy vocals, ‘Like Yesterday’ is in equal parts melancholy and inspiring.

Who Is Alex Stamp?

Singer-songwriter Alex Stamp, hailing from the beautiful Hampshire countryside, started her musical career at age of 19 as the lead singer of J-Pop band ‘Industrial Salt’. The band was signed to Sony Japan – and they had a single that went all the way to number 3 in the charts – and they embarked on 3 successful tours of Japan back in 2005. Fast forward a few years – Alex was specially flown back for a one-off performance in 2013.

Following her ventures into J-Pop – Alex went onto join the Indie/Electro band ‘Take Aim Fire’ as a synth player and vocalist. The band have numerous successful UK tours under their belt, as well as various TV syncs and radio plays with BBC Introducing and 6Music.

Now, in 2021, Alex Stamp is focussing on her own solo career. Since recently signing a publishing deal with OMG Sync, she’s already launched her first placement with a series on Netflix – and the sky is the limit with her new music.

She takes a lot of influence from her love of the outdoors, and as a life-long insomniac, Alex uses many of her sleepless nights to work on music. With many references to this noted in her songs, her melancholy style reflects her love of brands such as ‘The National’, ‘Bears Den’ and ‘Bon Iver’.

Her first solo EP, ‘Every Wave That Breaks’, is due for release early this year. She worked with producer, Nick Brine on the tracks whilst recording them at her home away from home – Rockfield Studios. Her first single, ‘Won The War’, already received play across BBC Introducing in the South, and reached over 5k streams on Spotify. 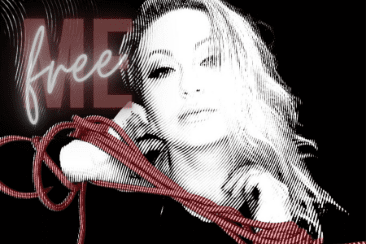