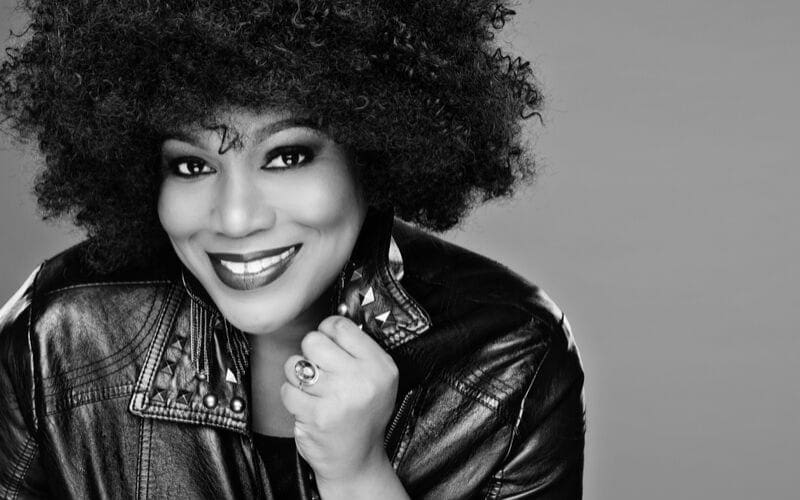 Nickie Conley is a mainstay of the Nashville, TN music scene with over 30 years of experience! She has sung background vocals live and in the studio for rock artists to jazz and everything in between. Now she’s venturing out on her own with a track you should definitely have as a star atop your Christmas music selection this year!

“100 Christmas Kisses” is Nickie Conley’s celebration of a special time of year, marrying her soulfully inspired voice and love of holiday music.  It’s the perfect way to kick off that all-important Christmas countdown.

So Who Is Nickie Conley?

Born into a musical family, Nickie Conley began singing in church as a child.  She took inspiration from Gladys Knight, Al Jarreau, Patti Austin, Barbra Streisand and other generation-spanning artists. Conley’s early exposure to a variety of musical styles can be felt in her versatile sound.  She creates with an honest spirit and from a deep well of musical talent.

Nickie toured as a background vocalist for the late Donna Summer for four years.  She has also provided background vocals for Natalie Cole, Patti LaBelle, Jonny Lang, and many others.  Between her own concerts and performing with others, Nickie has sung all over the world

One To Add To Your Gospel Christmas Songs: ‘100 Christmas Kisses’

“100 Christmas Kisses” is full of life and enthusiasm, just like Nickie herself! As the festive season approaches, there’s no better soundtrack for enjoying the company of loved ones. Nickie’s favorite parts of Christmas are the joy and love embodied in the season, and that’s what this song is all about.  One of those catchy tunes of the season that you’ll find yourself humming around the house later, “100 Christmas Kisses” should be at the top of your Christmas songs list this year!