On 24th July 2017, Plan B, real name Ben Drew, took over Shakespeare’s Globe to deliver an ingenious performance that demonstrated the artists incredible and diverse talent and marked his return to live music. 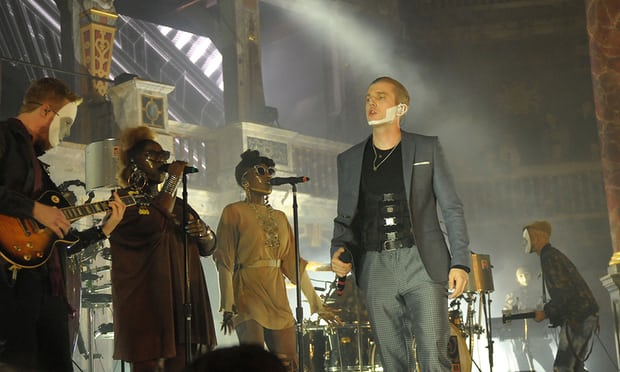 Performing at The Globe theatre was a clever move for Plan B, having been called one of the best lyricists of his generation, his songs talk of love, hate, death and drama, the same topics that original attendees to Shakespeare’s performances would have been hearing about.

It also made audience members consider the links between modern day rap music and old time plays or poetry, by Plan B choosing this venue is he exhibiting himself as the modern day Shakespeare?

A mix of new songs and songs from previous albums were performed, including an acoustic rendition Kidz, his first ever single released in 2005, a song inspired by the death of Damilola Taylor, and his latest single ‘In the Name of the Man’ inspired by the death of innocent children through the acts of war, during which toy army men with parachutes fluttered down into the audience, cementing the meaning behind the song.

In an interview with Radio 1, Plan B revealed that his experience with becoming a Dad has change his music, and that with his new album rapping didn’t feel right, instead the new songs he performed were soulful, upbeat and related back to the R&B sound that was heard on his second album, ‘The Defamation of Strickland Banks.’

Although choosing the Globe was a unique move that made for a stand out gig, the theatre was not built to be a music venue and throughout the performance there were a fair few technical issues.

To put it simply, Plan B is a perfectionist, and audience members could clearly see his growing frustration with the difficulties he was coming across. Something that was particularly interesting to see was the musician simply stopping the song and then starting again if he wasn’t happy with how it sounded. 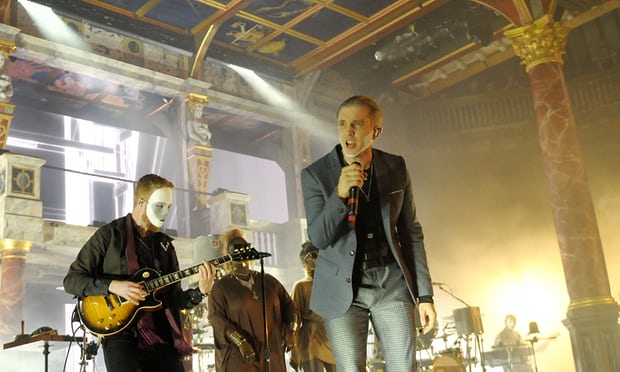 A stand out moment of the gig was something that no one saw coming and amazed and the un-expecting audience when they realised what was happening.
During the performance of a new song, ‘Queue Jumping’ audience members in the gallery, the band, and Plan B himself all put on white masks. However unbeknown to audience members, when Plan B walked to the back of the stage to put on a mask, he’d actually swapped places with a doppelganger wearing a mask who came to the front of the stage and continued to perform, tricking audience members into thinking it was still the musician himself.

Moments later Plan B then appeared in the gallery, brandishing an acoustic guitar and stunning audience who were quick to turn to where he was now performing. He went on to perform two acoustics tracks before again disappearing and moments later reappearing on the stage.

Slicked back hair, a noticeable new physique, and a dapper suit, during this performance at the Globe theatre Plan B showed off his unbelievable talent and intelligence. It was a mix of hip hop, soul and R&B, filled with surprises, new songs and an amazing backing band, and it really makes you wonder what else has he gone in him, where is he going to take his live shows next?