Georgia Box’s release ‘COCA’ came out on the 28th of June and it’s already had great success, with a feature in The Sun, 6,000 streams on Spotify and 5,000 views on YouTube as well as adds to not just one or two, but 5 official Spotify playlists! Including Pop Right Now, Ny Pop, New Pop Revolution, De Camino and Wake Up Happy.

A massive congratulations goes to Georgia Box for smashing it in the first few days after her release! We’re so proud and happy to be able to work on this awesome release with our Music Promotion services. Georgia Box joined our music promotions roster under 3 weeks ago and we’ve thoroughly enjoyed gearing up towards the release of her latest single and music video ‘COCA’.

Who Is Georgia Box?

Georgia Box, 24, is a social media music star about to burst onto the mainstream! She has been uploading videos to Facebook every week without fail since she was 19, and has since accumulated a loyal following of over 500K+ followers. They love her for her originality and creative musical twists. 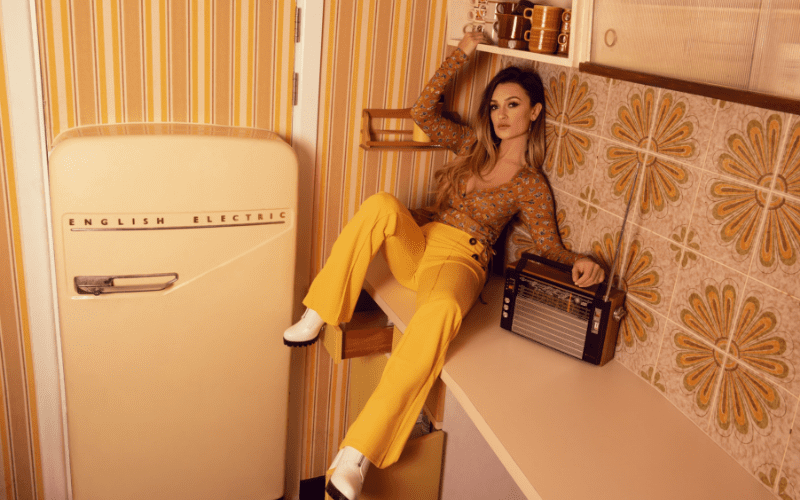 Georgia’s videos were streamed more than 90m times on Facebook last year alone (2017). Her video depicting ‘Shaggy’s girlfriend’s version of events’ (Shaggy’s ‘It Wasn’t Me’ from the girlfriend’s perspective!) went viral, accumulating over 30m views! Additionally, she has racked up more Facebook fans than Raye and Anne-Marie combined. Georgia lives by an alternative ‘girl power’ narrative within her music and lifestyle. This means not conforming to the typical depiction of a female pop artist. Instead, she promotes a message of confidence and authenticity to her fans…

Watch the music video below:

Not yet a member of our community? Sign up today for free and see what all the fuss is about! Whether you’re looking for people to collaborate with, if you want to get your music in film, TV, games and more or even send your music directly to labels, publishers, booking agents and more come join us!