We have probably said this a million times already, but we’ll say it another million times; collaboration is key. It opens you up to a world of new creative possibilities, as well as helping you build a network of other passionate artists who will help you promote your product and yourself as an artist. The electronic pop duo Slick Division, composed of brothers Jonny (24) and Josh Cooper (19) found this out at a really young age. Using very creative social media strategies they are currently working on building their fanbase, having brought out two singles and an EP, with a third single and a second EP on the way. This is Slick Division’s story. 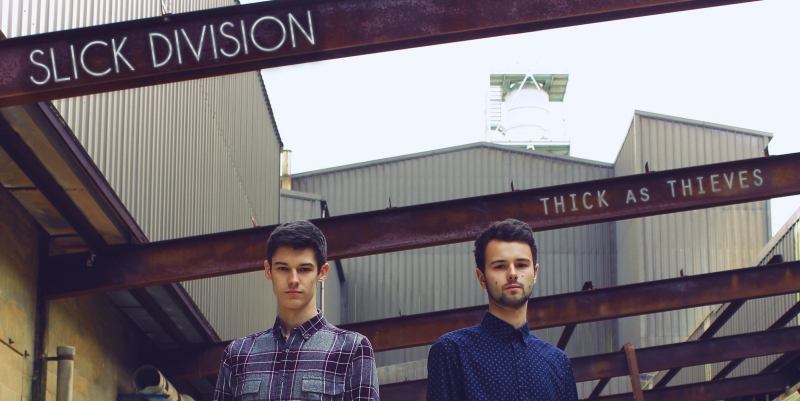 MG: Tell us about Slick Division, how did you guys come about? What are your individual backgrounds in music?

Jonny: We both started out playing saxophone from early ages and gained a musical background through that. Around the age of 16 for both of us, we started singing and writing our own music. I pushed my solo material for three years whilst at uni. Meanwhile, my younger brother (Josh) was developing as an artist himself.

MG: When did you decide that you were going to band together and become a duo?

Jonny: In 2016, when our sister moved out leaving a spare room. We soon snapped it up and started designing our own music studio to give us a place to record all of our ideas. We then came to the conclusion that we should collaborate our efforts and form a band with a different sound to what either of us had before. With a fresh start and some tracks already in progress, we also decided to switch up our genre to the electronic pop/soul sound that you hear today. Our first major project that we worked on together became our first E.P titled ‘Thick as Thieves,’ which was released in June 2017. 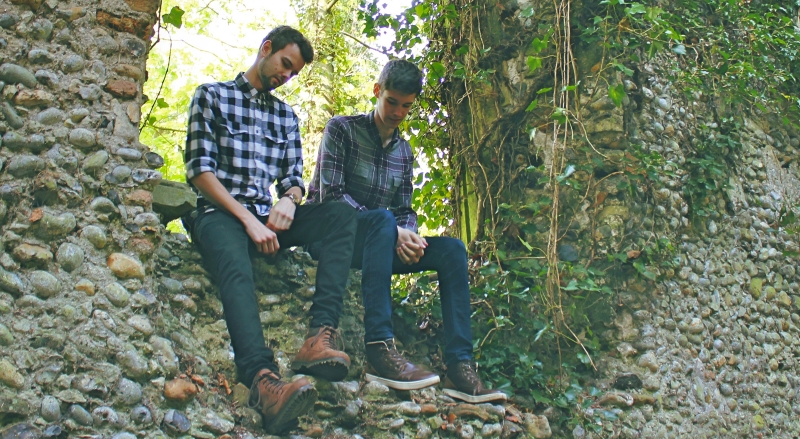 MG: How was the process of coming together to do music? Were there any particular highs or lows?

Josh: The formation of Slick Division was an incredibly exciting time for us. We started to gain a following by posting covers to YouTube while writing material that surpassed anything that we had ever done individually. The highest point for us has been seeing the reactions we’ve received from the releases we’ve put out there. We constantly see a higher number of people coming to our shows and singing the words to our tracks, which is an incredibly humbling feeling. If I’m totally honest there haven’t been many low points for us as −not only are we brothers− we’re best friends, meaning the work we put into our music does not feel like work at all. Being promised things that are never followed up is something we’ve come across and found frustrating, you’ve just got to take it in your stride and crack on.

MG: Let’s talk about your Slick Seconds, where did that idea come from?

Jonny: Slick Seconds is an Instagram series of covers we started in August 2017. A lot of the time people don’t watch full length videos, so we decided to start a series where we cover songs in under a minute (hence the title “Slick Seconds”). It’s just us in front of the camera putting our twist on popular songs. The videos get great feedback and people seem to love the short musical clips. 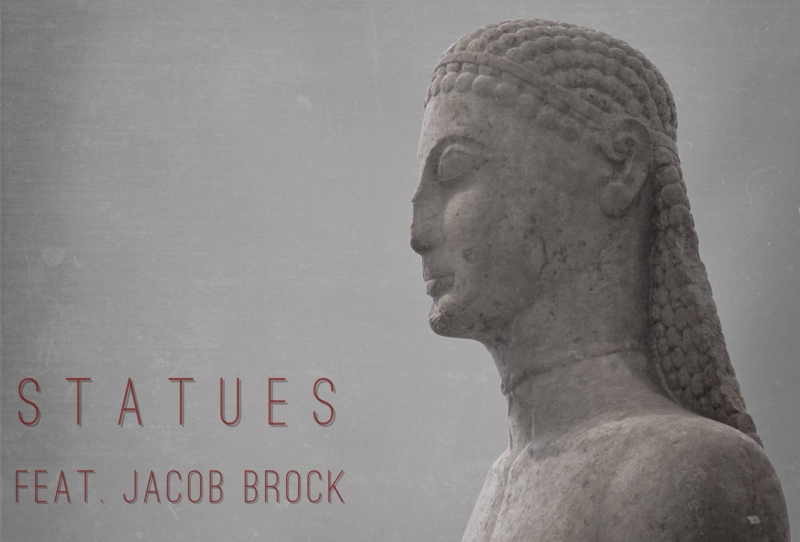 MG: One of your singles, “Statues” is a collaboration that formed through the Slick Seconds initiative, could you tell us how that came about?

Jonny: We posted a ‘Slick Seconds’ cover on our Instagram page of a slowed down version of WSTRN – In2, to which we received a comment from a guy called Jacob Brock. We then looked into his Instagram page and looked at a couple of his videos. We were hooked on his music as soon as we heard him sing and rap.

Josh: We decided to send him a message letting him know how much we loved his rap tone and wondered if he’d ever be down for collaborating some time. He messaged back straight away saying that he’d love to and so the production of “Statues” began.

MG: Did you ever think you’d work with a rapper, let alone an Alabaman rapper? How was the experience of collaborating with someone internationally?

Jonny: We love rap, especially when it features well on artists’ records, so we have always wanted to work with a rapper at some point. We got to know Jacob throughout the process and it was a cool experience to bridge the gap between the UK and the US. He hit the studio and got back to us with his self-written verse featured in the track and we were blown away. The contrast of our sound with Jacob’s American accent gave the track a whole new depth. We have since kept in touch with him, updating each other with our releases and what we’re up to.

MG: He’s now been picked up by So So Def Records! I guess it shows the power of working with other people and what that collaboration can potentially bring.

Jonny: Yes, shortly after Statues was released, Jacob Brock was picked up by So So Def Recordings. He’s now going on to release his debut album with the label and we really wish the best for him. Collaborating with such talented musicians is incredibly powerful and inspiring and can lead to so many opportunities that would otherwise be unavailable. We feel very lucky to have worked with him before he was rightly scouted out and we look forward to potentially working with him in the future.

MG: So what’s next for you guys? Do you have any current projects that you’re working on?

Jonny: We have a new single coming out on the 30th of September called “Blur” which with “Statues” and “Tremors” will complete our trio of singles. Our focus now is on our upcoming second EP. We have already begun working on it and it’s taking shape very quickly. Our plan is to continue to work on more original material, posting more covers in the meantime on our Slick Seconds series whilst playing more venues and festivals in the coming years to grow our fanbase.

MG: Finally, what are your thoughts on Music Gateway so far? What are your favourite bits?

Josh: Music Gateway is a great platform for artists to have their material heard by industry professionals, as well as fellow artists that can be matched to collaborate. We’ve had success through the service, having our music heard and featured on various playlists on Spotify. Another feature of Music Gateway we love is the range of opportunities that are available. An artist can pitch their track on anything from TV series and films to pitching to producer and label scouts.

From Music Gateway we wish Slick Division great luck in their career. Keep up the good work!

If you are looking to expand your musical network check out our Marketplace where you can find an immense bulk of talented musicians who are looking for other artists to bounce off from. Also, if you already have released or unreleased material check out our Sync Portal where you can pitch it to a great selection of sync projects.