The Legend that is Nile Rogers @ ADE 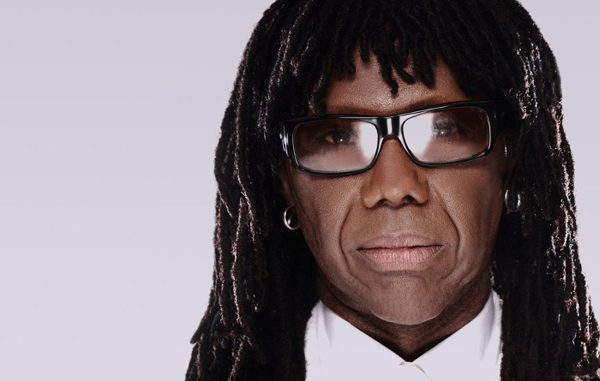 Today we feature the guitar god/respected producer legend that is Nile Rogers. With a whole range of hits under his belt he is the master of collaborations. From being in the popular 70’s disco band ‘Chic’ with various top hits such as ‘Dance, Dance, Dance,’ ‘Le Freak’ and ‘Everybody Dance’ through to working with a whole range of artists over the decades such as Sister Sledge ‘We Are Family’, Diana Ross ‘Upside Down’, Madonna ‘Like A Virgin’, Duran Duran ‘Notorious’, David Bowie ‘Let’s Dance’, Modjo ‘Lady (Hear Me Tonight) and most recently Daft Punk ‘Get Lucky’ as well as working with DJ Avicii and Calvin Harris. He is a sensation to the music industry bringing his tasty guitar riffs/licks and unique song writing skills to such a wide variety of artists and songs.

He told a very entertaining story about his legendary Fender Stratocaster which has been featured in every song he has recorded to date so it’s no wonder why it has been nicknamed ‘Hitmaker’. The guitar is a hard tail model, which is rare of a Stratocaster, and is now worth up to £1.3 billion. But as Nile explained, don’t go jacking him anytime soon 🙂 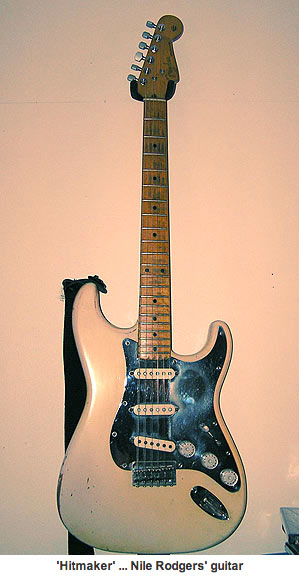 Jon was told of an entertaining story about how Nile recently nearly lost the guitar on tube journey in the US. Once Nile realised he had left the guitar at the station, he had no choice but to jump in his car and with light speed raced to the end of the train line to retrieve his prized possession! Legend. Luckily to say he succeeded and was reunited with the guitar within the hour so he really did ‘Get Lucky’.

What I personally like most about him is his continued drive to make music and collaborate with new and upcoming artists regardless of their age or style. He is an inspiration to all musicians out there and a great example of how working with others can really help your musical career. All the artists that have had the pleasure to have worked with Nile are the lucky ones; not the other way round!

Nile is said to be performing on the X Factor on the 2nd November for their disco themed show to perform three songs with Chic to viewers delight. I’ll be tuning in.

A lot can be learnt from Nile and you should all take note. I also found a great 10 minute documentary about Nile here. So check that out to find out more.

The man is quite simply a legend and we just wanted to share the good word. He is a great example to all you collaborators out there; this is how you do it right.

Finally, Nile recieved a standing ovation at ADE, so long live Mr Rodgers and keep pumping out those hit records.

So… do him a favour and further spread the love about Nile through the comments and share/tweet this around!