As Streaming Giants Battle It Out, Who Will Be Victorious? 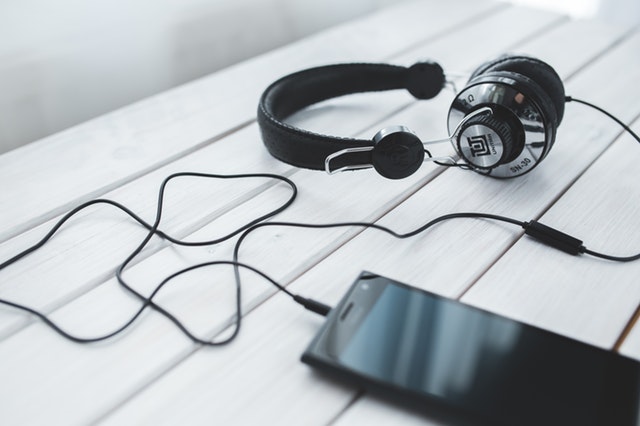 Without question the biggest game changer in music consumption since the rise of Itunes; yet it’s still Mr Job’s legacy that’s championing the world of streaming…

Yes, it seems as VICE candidly put it, Spotify is being ‘loved to death’ by its users.  As of 2017, the platform has 140 million users worldwide (48 million of those using the paid service) which dwarves Apple Music’s 27 million subscribers. And that’s where the problem lies.

To avoid Spotify falling to the same 2ft by 6ft as Myspace did when Facebook emerged, Daniel Ek and his board will have put their heads together and realign the company’s mechanics to keep a level playing field with non- independent competitor, Apple.

So here are the tracks in Spotify’s operation and the areas that need to be addressed:

Last year Spotify committed £463m to sales marketing globally which surpasses its annual operating loss of £387m. Now it would be foolish to suggest that Spotify silences its marketing spend to get the figures even, however, arguably with the volume of subscribers, a slower tempo in regard to marketing expenditures could ease annual losses whilst cash continues to come from repeat subscribers…

But, Spotify launched in Japan last year and continues to land on other major global territories prompting marketing outgoings to be a necessity.

So naturally, other costs will have to come under the microscope and whispers are pointing towards wage cuts.  Last year Spotify’s workforce increased by 59% and average salaries also leaped 27% from £84,446 to £106,841.To put Spotify’s headcount into perspective, Warner employed a 4,445 strong working body worldwide; it’s likely wage cuts will have to be looked at when plans are put in place to get the company back on its feet.

And talking of majors, negotiations are being implemented with the big three to lessen the revenue percentage by 3% (55-52%). A bonus like this would’ve saved the company £ 97l last year-a nice little nugget of course, but not a large enough step in the right direction to reduce annual losses.

Directing Market Away from the Yanks

Spotify is becoming more and more American as the years go by, climbing from 30%-40% of revenue being generated in the U.S over the last two years.

Whilst this is undeniably an impressive feat for Spotify as it holds the market in the world’s leading recorded music stronghold, topping competitor Apple Music, perhaps this success is a nudge in the right direction to encourage Spotify to utilise the emerging streaming markets elsewhere across the globe, namely Germany and Japan. In its motherland, Sweden, the company only generated 11% more revenue last year- in times of need it’s definitely worth investing time in trying to dominate the markets outside of 50 states.

Spotify’s conversion rate from free users to paid subscribers is 38% so obviously, the marketing of the premium service is working.

Holistically, the revenue from advertising still isn’t cutting it; last year the business made just £295m, an increase of 50% £196.2m generated in 2015. Comparing Spotify’s revenue to that of Pandora’s 1.1bn in 2016 from radio ads, the potential for Spotify upon harnessing airplay advertising is very exciting.

Away from advertising, the standalone cost of members has been on a gradual decline of 38% since 2013. The 78m ‘free’ subscribers generate an average of £3.78 per year and if Spotify had increased this cost by just an extra £2.25, it would’ve wiped away half of its yearly loss.

The real kicker comes with the 48m paid subscribers; if they’d have paid just £0.61 more per month than 2016 would’ve seen the business boasting an operating profit.

It’s clear where the attention to detail needs to be invested in the coming years.

Whilst it’s down to Daniel Ek and his executives to implicate working changes to bring Spotify back into profitable waters, the fate of the streaming industry in part lies in the hand of the 3 majors.

As aforementioned, Spotify is trying to negotiate a smaller revenue share with Warner, Universal and Sony, whilst the sly competition from Apple can afford to lose money as it plays a waiting game with the demise of independent streaming platforms.

It’s up to the labels then as to whether they think in the short term, or entertain a new, intrepid idea of having one streaming platform; Apple Music.

They’d have to keep in mind how Apple’s previous dominance with Itunes threw the industry into a free-for-all, levelling the playing field between majors, those distributed by majors and independent labels. If this were to happen, the climate of the industry would change dramatically

And last but not least, if this were to happen, what kind of fate would artists and songwriters have to face in the wake of a monopoly streaming industry? Feel free to comment your opinions below.