Freddie from 20/20 vision, on what he wants from a topline writer 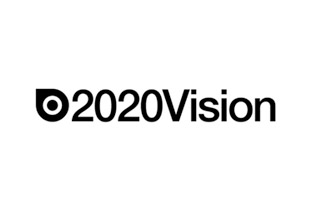 2020Vision is a UK house and techno institution. Having been around for over 20 years, the label has established itself amongst the world’s most quality underground labels, offering up a constant dream of intriguing house, indie dance, electronica, trip-hop and techno. It’s very name, ‘2020Vision’, indicates its flexible and always-evolving nature. In recent years, Sound2020, the publishing company, has grown a lot as well, meaning the company now works with an even more diverse collection of exciting music.

We have been really enjoying the platform. Most importantly, because of how it democratises the sync market. Lots of publishing and sync work is shrouded in mystery, especially for newcomers. MG seems to rid of that, making it a simple mechanism of demand and supply, consequently allowing the primary focus to be on the content itself, and not according to the slight advantage of one another’s mailing list. Also, I love the platform become it really encourages creativity, both through the functioning of the site and the staff themselves – even us doing this interview now is proof of that. As soon as we joined, we were approached my by a MG worker, asking us about the usability of the platform and asking if we had any new projects we’d like to showcase on the site. It immediately makes you re-think any co-writing/top liner opportunities because you’re now open to a whole new world of talent!

#3 We see you are looking for a topline writer, what advice would you give to those pitching on your project?

Be fun, charismatic and showcase your potential diversity. The instrumentals we have provided to start with are quite flexible really. A core element of the band in question is their diversity of influences and so we aren’t looking for a fixed package…but rather someone whose flavour stands out amongst the rest. Crucially, this is important because we aren’t just looking for writers to do one-off top lines and then never work with us again. We want to establish rewarding relationships with anyone we work with.

#5 You described Ashtar Cassini as a mysterious new band, we’re intrigued! Can you tell us any more?

A time travelling writer and disc jockey finds himself in the company of musical companions. Mind over matter and a few of his favourite things conspire to make Ashtar Cassini’s voyages into sound seem oddly familiar yet fresh, honest and original. Ashtar welcomes feedback and well-recorded guest vocals/instruments. So clap your hands, tap your feet and singalong, before the new invasion begins. ‘ Ashtar’s only public appearance is on this Loose Lips radio show from over a year ago….we hope this wets the appetite!’ You can listen to some of their stuff here

#6 What are the main advantages for you with running projects through the platform as opposed to working with existing connections?

Except for the obvious fact that it expands your network, one of the other main advantages is the interface which allows you to accept and reject pitches and create a productive workspace which results from the interaction. Usually, we would operate via simple emails whereby organisation and comparison can be quite hard…whereas now I have one location that I can jump to show anyone and everyone the history of the pitch and how any final result is teleologically reached. The artists love this as well…every step of the journey is so clear.