How Songwriter Dan Scholes Turned One Opportunity into Many 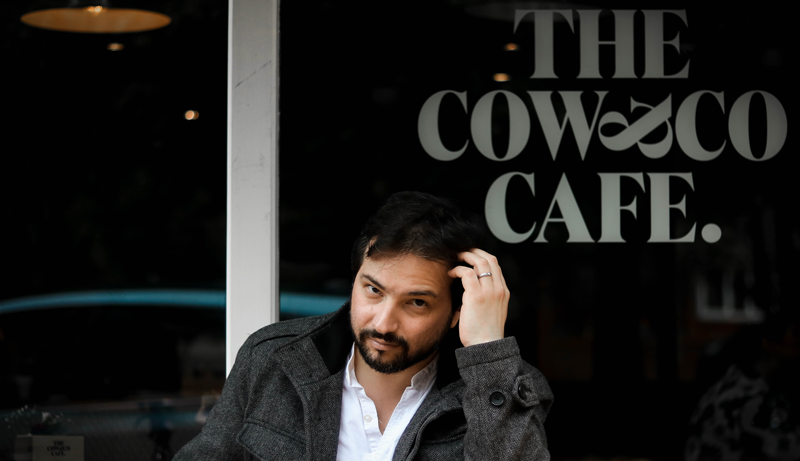 At Music Gateway, the ideal scenario for us is for our platform to be the middle ground for artists to collaborate and make great music together. While this happens all the time and we run the risk of sounding like a stuck record talking about how much that means for us, there are those cases where the two collaborators, the project and the platform are a perfect match.

This story features Dan Scholes a professional songwriter and producer who’s love of music emerged in the late eighties, singing his own pop hits to the drum beat of a Casio electric keyboard. Having self-taught himself piano at just 14 years-old and played in bands (one of which was where he met his current writing partner, Paul Coxhead) Dan was a prime candidate to study at LIPA (Liverpool Institute for Performing Arts). In between making life-long friends and meeting Sir Paul McCartney (several times), Dan’s musical direction matured with him:

“The thing that I was getting more and more interested in, was writing with and for other artists as well as for sync. It took me a good few years to try and work out how I was going to do that but then a couple of years ago I started writing with some people in Canada and the US through an online songwriting community.”

Having entrenched himself in the online songwriting community and reuniting with bandmate and childhood friend Paul, the two were in need of a platform that would support their method of working in music. Fortunately, Music Gateway was just a click away.

A demonstrable case for the symbiotic relationship MG has with its members, in the way that having the power to create projects and pitch on them is where the quality of our members shines just as brightly as our systems, came in December of last year.  When Andy Prinz, A&R specialist for Switzerland’s biggest indie record label Musikvertrieb (who’s awesome advice and interaction with the platform are detailed here) put a project up looking for songs for Pull n Way, a Swiss pop group managed by Andy, Dan and Paul were there with the tracks to pitch. It was a good thing too as Dan points out:

“I think it was a few weeks later in January this year when I woke up to an email off Andy saying they LOVED one of the songs called ‘Anything’ and wanted to record it for the album. Within a matter of days we’d done the deal and it went from there, it was a great feeling to have secured that cut!”

The beauty of MG’s project system really is evident here as it allows for these kind of interactions to happen in one location, which means the deals gets nailed down a lot faster than bouncing between different systems. Plus, as Dan explained, it allows everyone involved to communicate directly, which means those who are new to the industry get to understand the publishing process and get to be involved from start to finnish.

Dan’s story is also a good demonstration of how using the projects system can support your songwriting from conception to demo submission. Dan began work on ‘Anything’ by playing around in his home studio (if you want some help on making your own studio, check this out), then him and Paul started workshopping the track together. They focused on the melodies and then crafted the lyrics. For those who aren’t fortunate enough to have a childhood friend as a writing partner, that PIC is most likely looking for a partner on Music Gateway. If said partner, isn’t in the same country, not to worry creating a virtual workspace where you can communicate and share content, is our specialty. It then comes time to record the demo and as Dan points out this is a crucial process:

“That’s one thing I’d always say is to make sure you find great singers for your demos and make sure the production is done in a way that it fits for the market you will be pitching to. It’s rare that you can get away with pitching just a bad quality recording of guitar and vocal particularly in pop music. We always spend a good amount of time on getting the demos and production to a decent enough quality.” 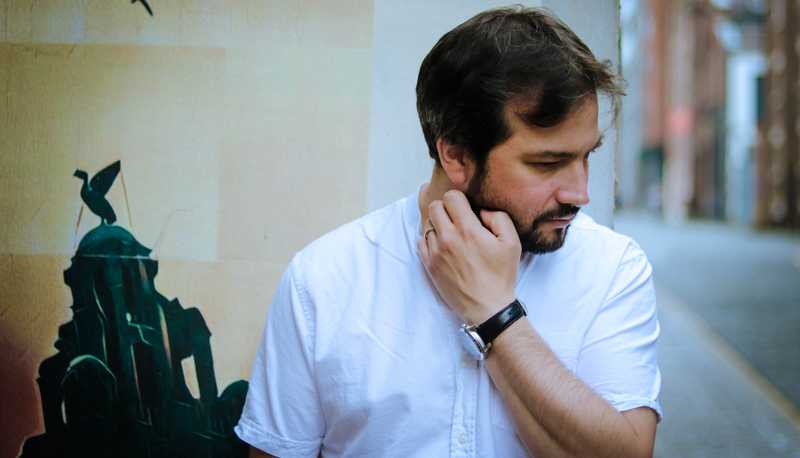 Maybe you’re a fantastic vocalist but struggle getting those melodies and lyrics down on paper? Well you would be just who Dan and Paul are looking for and all they’d have to do is put out a project for vocalists on Music Gateway. By making tangible strides towards getting your demo submitted by using professional tools, you put your career at the top of the hill and it just takes one push for your success to snowball. Much like Dan, who since landing the track will Mr Prinz and Pull n Way, has placed four tracks with Paul on a debut album for an artist signed with Energize Records, one of which is to be the launch single and Dan has been commissioned to produce six tracks on that album. As if that wasn’t enough, Dan and Paul have a track coming out in the US and Brazil with a Brazilian band called The Noli Brothers. Of course it wouldn’t be an MG success story if we didn’t mention Sync, where Dan’s songs have been used by the BBC, BT Sport and Channel 5.

It would seem that Dan has certainly reaped what he sowed in the way that he went out to find the opportunities and employed a tenacity that is crucial in the music business. It’s important to keep pitching and use your time effectively as Dan says:

“There’s also no point waiting around for an answer to a song you may have pitched. Sometimes you don’t hear for a long time afterwards and sometimes never hear back and in the meantime you could have written and pitched another twenty songs! That’s pretty much how myself and co-writers work.”

A way that MG can help you and artists like Dan, is our playlist feature. Even having been on the platform for a while Dan’s still discovering ways that MG’s features can help artists:

“Yeah it’s only relatively recently that I’ve started using the playlist feature on Music Gateway and I’m not sure why I didn’t start sooner…it’s great! I just find it’s really useful for creating bespoke playlists of your catalogue that you can use for different private pitching opportunities.

“I think this is why I’ve really started to move away from Soundcloud. I think Soundcloud is all well and good if you’re an up and coming artist from a commercial sense or if you want to share some things with friends and family but with Music Gateway’s playlist it just feels a bit more secure and confidential.”

Its Dan’s pragmatism about being a professional songwriter and musician that has ultimately made him a success, although the tools he and so many music professionals use on a daily basis definitely help. At the end of the day, at MG we know are platform works when our members say things like this:

“First off I’ve got to say when Andy sent me and Paul the finished master for our song ‘Anything’ by Pull n Way, we were totally floored!! It’s just amazing, the girls sound amazing and 1and2 Productions who produced the track, have done an awesome job! I know Andy was real excited too when he sent it us and as I understand it they now want to release it as a single in October and they are shooting a video with the girls for its release too. So we shall wait and see what happens when it comes out in October and we wish the group so much success with it! In the meantime we’ve got a backlog of songs waiting to be worked on and pitched as well as hopefully some meetings with potential publishers so no time to waste, we wouldn’t have it any other way!!”

Are you trying to get your songwriting career going? Hedge your bets and team up with another artist to make the most of your talents by making a project.