Raise a glass to those whom have collaborated and seek to collaborate. For many years people in the music industry have been collaborating, in fact any form of band is in itself a group of collaborators, working together regularly, with many a disagreement thrown in for good measure. 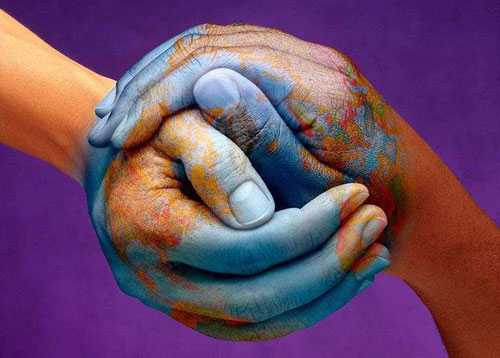 The importance of working together towards one common goal “To Make Good Music” is in my opinion paramount to any ones individual success, regardless of their standing in the industry.

Don’t be disillusioned that just because an Artist is the performer and fronting the record, doesn’t mean there isn’t a well oiled engine behind the scenes, making everything come together from management to label resource. These elements bring to the table a massive combination of resource, organisation and finance.

The Internet has changed the GAME! Whilst it has been heavily responsible for the downturn in revenues and the way people make money, the Industry itself didn’t react & embrace the digital world and so fooled them! In particular the MAJORS left the backdoor wide open for companies such as iTunes to dominate the market, still having over 45% share in the digital market place.

There’s no doubt the Internet has also opened up everyone to global opportunities. Before the turn of the century, the industry had more barriers to entry, than to try and climb Kilimanjaro wearing only sandals! Don’t get me wrong, it’s still tough as old boots, but in my eyes there is more scope in the mainstream market for opportunity.

With the birth of the Internet, came a wealth of on-line service platforms, seeking to provide the DIY musician & label with the vehicle to self promote, take control and thrive on a wider scale direct to the fans. MySpace were the first major player, followed by Soundcloud and Reverb Nation to name a few…

OK so back to Collaboration, what’s all the fuzz, why is it so important?

Maybe you should ask the Beatles! They did ok … Why do you think “One Direction” are so god damn successful breaking US & worldwide record sales?

Would Paul, John, Harry had been as success, if they hadn’t got together with their counterparts? Well I can’t prove it, but I very much doubt it. Working together inspires, motivates and drives us as humans, we raise our game. Working together offers value, clear goals (most of the time) commitment and a sense of not wanting to let others down, when frankly letting yourself down is far to bloody easy.

There’s other benefits too, for me music and making music should be fun, something shared and a constant learning curve. If you shut yourself away and lock the door you stagnate and end up getting nowhere. It’s pretty obvious, but your connections and who you know is important, but for me what’s more important is not the volume, but the personal relationships you develop, its these key connections which can help you to achieve your goals.

OK, so we have now established that collaborating is a good thing, so how’s it changed over the years?

Let me give you a personal experience, back in 1999. I jumped through a number of hoops to get in touch with a well established vocalist from Los Angeles, who’s name I won’t deluge. I flew her over to co-write & produce a record and the whole thing went tits up and to be honest ended up a bit of the nightmare and rather expensive for my pocket. Things could have been so much more rewarding and beneficial for all parties if I had the right communication tools back then, it’s not like now, with so many ways to connect and communicate in real time; for example, with Video technology, you can almost be in the same room but in different countries and I would have saved myself time and money.

OK, this example was always going to be a risk, as is working with anyone new, especially internationally, but you don’t have to fly anyone anywhere now, that’s where the Internet comes in. Collaboration on a global scale is the way forward, getting to the right person meeting your project & music needs.

The Internet allows us to reach out beyond our existing network, it’s changed the game for the better.

Depending on your goals and ambition, this will depend on who you want to work with, gravitate towards, get out there, get working with people and something quite special may come of it. Be inspired by others and in turn get empowered…just don’t be too pigeon holed.

On a final thought, music is a transcending development of new beginnings, some will fade into insignificance whilst the “Special Ones” will touch the hearts of millions for years to come.

If you make music, do it together – Collaborate, you won’t regret it!

Music Gateway is now live, so update your profiles and get collaborating!