More Success In The Latest From Ships Have Sailed 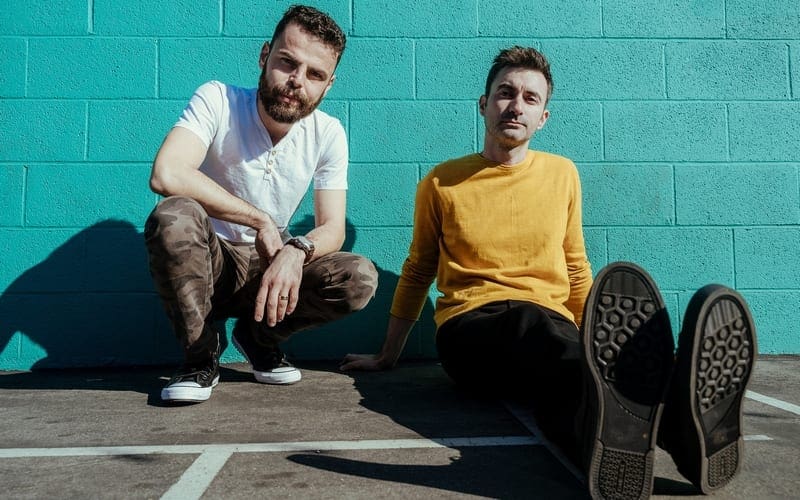 More Success In The Latest From Ships Have Sailed

We recently caught up with the lovely Ships Have Sailed, from the early days of the Music Gateway music promotion roster! It was great to hear where the guys are since we last worked together. As well as have a chat about the sync placement we were very happy to secure for them. Keep reading to hear all about this amazing band, their sync success and how you can follow in their footsteps!

First of all, tell us a bit about Ships Have Sailed!

We’re an indie rock duo based out of Los Angeles, CA with a ‘pop-timistic’ lean.  The project started as a solo pursuit as another band I was in was on the decline. The project has slowly built up traction over the past few years, leading to where we are today.

So Will, let us know a bit about yourself and how you got into music. What’s your role in the industry?

I’ve always been a lover of music since a very early age. I took violin and piano lessons as a young child and picked up a guitar and bass (self-taught on those two instruments) when I was about 9. Getting more into rock and popular forms around that time, I began to write songs, formed bands and the rest is history. These days, in addition to writing and producing music as Ships Have Sailed, I also write and produce for other artists. Ranging from singer-songwriters, to indie rockers, to electro-pop and even urban artists. I love diversity and have a wide range of musical influences. Which I think helps me to bring creative ideas to the table regardless of what the genre might be.

We’ve been fortunate enough to have gotten several placements prior to this one. A couple in a documentary about comedian Russell Brand that was released a few years back. One for our song ‘Midnight’ and also a couple custom cues placed in the film. As well as several placements (11 or 12) across our catalogue on several MTV shows. We also recently had our song Let’s Just Dance placed in the latest content pack for Rock Band!

What is your funniest/favourite memory in the music industry?

There are so many of these it’s hard to pick. But a really amazing recent one was at a show this year… We were playing one of my personal favorite but slightly more obscure songs. The title track off our debut EP ‘Someday. We got to the chorus and the whole crowd starts singing along, like loud enough to match my volume through the mic. It was just so unexpected and amazing, I was floored for a minute. It was just a beautiful moment.

How did this placement come about?

We have most of our music submitted through the sync portal. So while I do submit regularly to opportunities, this particular one just came from having our music accessible to the Music Gateway curation team.

Obviously these opportunities are super exciting!  I also wanted to know a little more about the app itself. (I still have to do some exploring over there). Because I think it’s important to really understand how people are going to experience or use your music as an artist.

I’ve been a member for a few years now. I love the team, everyone is super genuine and trying to help artists such as ourselves gain access and opportunity to a really tricky area of the industry. So I really appreciate what you guys are doing!

You were also on the music promotion roster with ‘Let’s Just Dance’ (which is a great song by the way!) What was that like?

It was really great! Mark and the promo team are wonderful to work with, and again, just genuine fans of music and eager to help in any way that they can! Read more about Ships Have Sailed from when they first joined the roster here!

What would be your number one tip to anyone trying to secure a sync placement?

Well I think patience is super important. As well as making sure that you have all your logistics sorted out for every single song you’re pitching. That means split sheets, pre-clears, PRO registration, metadata, everything.  Familiarize yourself with what music libraries and music supervisors prefer in terms of file formats and metadata. Have all of that ready to go, because once they move, these things move fast and the last thing you want is for someone to love your music and then find you unprepared for the opportunity.

You said you always like to raise the bar when creating anything new. How do you like to do that and where do you find inspiration?

Well I suppose it’s less of a how and more of a general attitude going into the creative process. Like: how can we make this next song special? Usually the song already exists and they tend to sort of weave themselves out of thin air for me. And then it’s a matter of ‘listening’ to the song itself because it’ll kinda tell you what it needs. Then figuring out how to press the boundaries of that relative to what we’ve done in the past.

What are your Ships Have Sailed plans for the near future?

We will definitely be releasing another song before the end of the year. And we’re fortunate enough to be showcasing at Indie Week in Canada this November. Aside from that, this year is all about creation for us. There’s lots of new music in the works so we’re just trying to continue to flow with that and see where it leads for 2020.

Just a huge thank you to the whole team at Music Gateway for the opportunities and support! And an even bigger thank you to all our friends, family and fans who continue to support us every day on this journey… we love you guys!

Follow in Will’s footsteps in either music promotion and/or sync by making sure you’re a member of our community! Sign up today and get a free 14-day trial – no strings attached!