Sonna started singing and playing piano at the tender age of four; which is hardly surprising seeing as her Mother is a well respected Indian singer, her Father a renowned musician and her Grandmother a noted singer/musician who is still making albums in India.

Encouraged by her parents enthusiasm, Sonna spent pretty much her whole childhood in music lessons, obsessively practising to hone her unique talent until at 14, she met a local producer who gave her an insight into songwriting, this is where she found her outlet for expression.

By the age of 15, Sonna was recording demos and performing backing vocals for various other artists and it was in this period of her life when she met producer Livingstone Brown who immediately offered her a production deal and introduced her to Universal Records. Sonna flew to New York to do a showcase for Doug Morris and Monty Lipman. Only being 16 and with no idea of what was expected of her, she turned up in super baggy joggers, with a guitar and a big fat smile. Before even finishing one song, Doug Morris locked the doors and signed her straight away.

Spending over two years in New York and L.A writing and recording an album with top producers Dallas Austin, Wyclef Jean and working with artists Nelly, John Mayer, Dwele and Meredith Brooks. Unfortunately the resulting album didn’t represent Sonna as an artist, she personally felt that she wasn’t developed enough as an artist and didn’t feel she was mentally ready to go through with it and because of this, Universal Records and Sonna mutually agreed to part company, but sometimes things can happen for a very good reason; as she recently found out!

Sonna recently caught the eye of the R&B legend Ne-Yo after he discovered her from watching one of her Music Monday videos on Facebook, which are weekly feature posts where she performs her fans requests. After watching these he immediately phoned her manager  and arranged for Sonna to perform at one of his gigs in Chelsea. With the performance over, she went to leave the stage, but Ne-Yo pulled her back and offered her a contract in front of the crowd. He said he was not going to repeat the mistake he made earlier in his career with Justin Bieber who he missed out on signing and added: “I’m not going to let you go.” 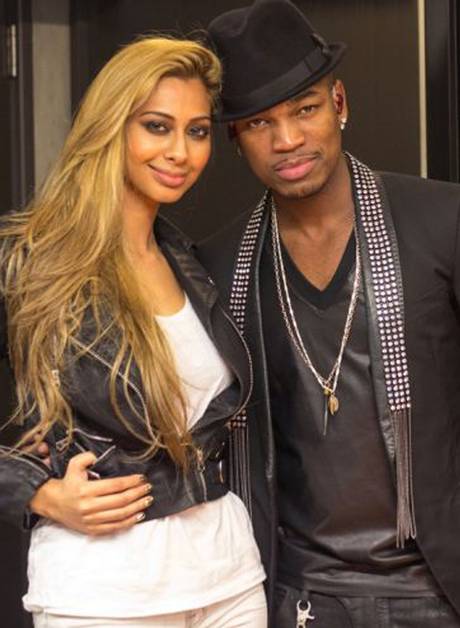 Despite the glamorous lifestyle that lies ahead of her, Rele insisted she would never forget her roots, adding she would keep uploading her Music Monday videos to honour the fact that that is the reason to how she got where she is today in the first place.

Through Music Gateway Sonna’s looking for remixes of her song Bring On The Rain. We are looking for three versions of this song, EDM / Main room club sound. This is a massive track fourthcoming for release, big crossover potential & a big label push (can’t say which label as undisclosed info). Click here for the project!

If you havn’t already got your profile set up on Music Gateway i suggest you do it asap because this is an opportunity to not miss out on!!