The Musicians of Syria - Music Gateway 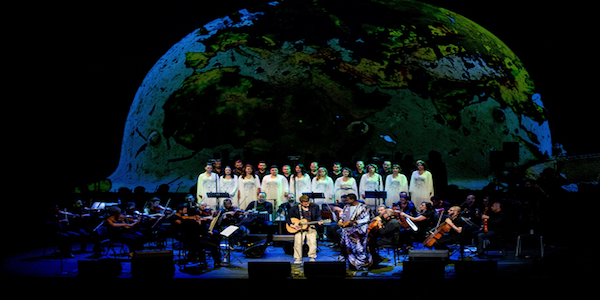 Five years and 450,000 casualties later, the Syrian civil war has continued to question our understanding of what unconscionable atrocity actually looks like. Amongst the anguish and bloodshed, civilians have been at the heart of a conflict so brutal and deadly that according to PBS, one in ten Syrians have been wounded or killed since the beginning of the war in 2011.

For five years, Syrian civilians have been penned inside either an abhorrent dictatorship, or ruthless makeshift governments as a result of a conflict that has extended far beyond borders, and imagination.

We’ve seen indecision – arguably justifiable, see Iraq – at the highest level of governance, the bombardment of hospitals, sickening disregard of human life, and the displacement of roughly 12 million men, women and children, spilling across the Middle East and Europe desperately attempting to escape the humanitarian mess they call their home.

To give you an indication of how astonishing those numbers are, approximately half of the country’s pre-war population have been forced to leave since the conflict began in 2011.

As the crisis continues, meandering in and out of our Facebook feeds and newspapers, one particular quote from the American General William Tecumseh Sherman comes to mind:

“War is cruelty. There is no use trying to reform it.

The crueler it is, the sooner it will be over.”

One can only hope so. Hope much crueler can it get?

Nevertheless, the formidable strength of Syrian citizens is evident, found in not only The White Helmets, but also in music.

This article will attempt to display a side of Syria that the majority of us in the Western world do not see.

A side that is fundamental to the nation’s character and resilience.

A voice from Syrian citizens, not on behalf of them.

A voice void of political bias, speaking directly and sorely from a land so detached from our own realities that it seems almost fictional.

The reservoir of words left to describe this calamity is near exhaustion. But as the German poet Heinrich Heine once said:

“Where words leave off, music begins.”

And so, let the music begin. Without further ado, these are the musicians of Syria…

The Orchestra of Syrian Musicians 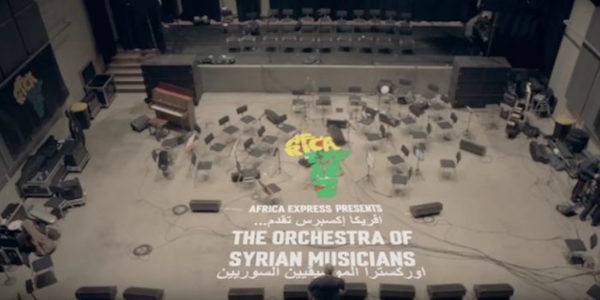 “Music, these days, is like a painkiller” says Raneem Barakat, a singer in The Orchestra of Syrian Musicians. The sobering realities of a country at war plague Barakat’s daily existence.

During his regular two-hour walk to Damascus where the singer studies and performs, he speaks of regularly encountering bombs and sniper fire. On that frightening but somewhat casually spoken point he remarks:

“You have to take the risk. When I sing it hypnotises me; I leave reality.”

What makes this orchestra so remarkable, is their noticeable resilience. It is clear that the orchestra provides a platform for which the musicians and singers can proudly display a love for their country to audiences who have never seen this side of the Syrian people.

Many of the orchestra’s members are refugees, residing in the Middle East, Europe and America while some remain behind in Syria attempting to survive amongst the conflict. Despite the heartache of detachment from their homeland Damon Albarn, frontman of Gorillaz who recorded the orchestra on their 2010 album Plastic Beach and remains a key component in its continued existence, confesses the orchestra’s goal:

“I want people who see these concerts to experience the humanity of this homogenous shadow which they feel so threatened by.”

To read the extended article by the Guardian, click here.

It took the death of a fellow band member in Syria to trigger the first stage of Khebez Dawle’s perilous journey to Europe. Anas Maghrebi, the lead singer, recalls clambering into the back of a van in Turkey, navigating a dingy across the Mediterranean with his sights set on the coast of a Greek island, and cloaking through the vineyards of the Balkans under torrential rain attempting to avoid detection.

A hurried glimpse into the tumultuous life of yet another innocent Syrian caught in the crossfire.

Maghrebi asserts his high valuation of music, claiming that despite the fear of embarking on such a journey, “the most remarkable moments were all defined by music.”

One such occasion included an encounter with police officers in a remote town of Croatia that resulted in the band being detained in a police station. During this encounter, Maghrebi describes the peculiar scene in which the officers agreed to listen to his band’s music. The songs contain words of freedom and jail, something that in reflection, Maghrebi finds rather ironic.

To read the extended article by Ynetnews, click here. 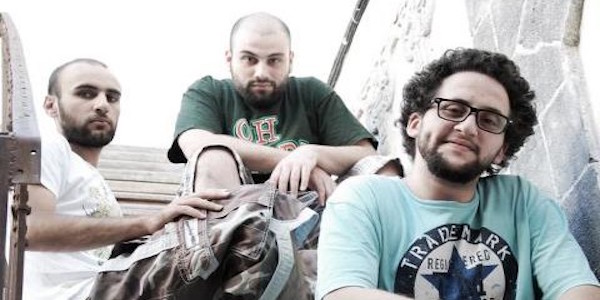 Freedom of expression and democracy are a key topic of conversation for the Damascus based hip-hop trio, LaTlaTeh. Comprising of Al Sayyed Darwish, Watar and Abu Koulthoum, they gained national admiration and respect for remaining in their hometown despite the encroaching atrocities sweeping through their country.

The trio give painfully candid accounts of life in Syria, most notably through the lyrics of their 2012 song, “Buried at Home”:

Buried at home, like a statue in a wall

I stretched out my hand waiting for sustenance and pleasure

I’ve become like a bird chained to the wall

Tomorrow when I travel and the homeland grows old, the new generation, the extinct generation, will understand that we really had no choice

I have a desire to walk naturally along my road

My name has become that of the free who remains incarcerated

Songs of the Syrian Refugees 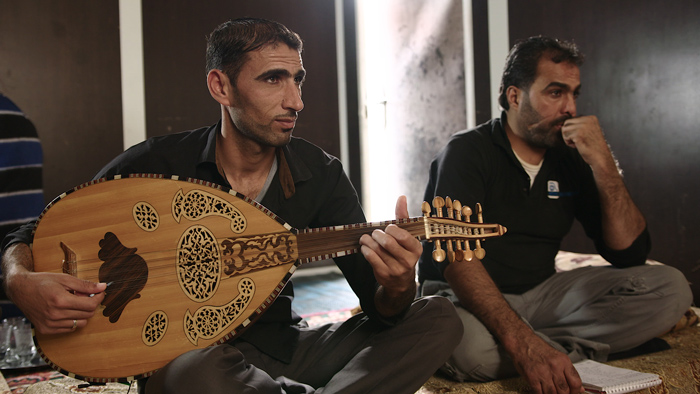 The last addition to this article may be the most heartbreaking of all. Brought to my attention by the Guardian, what you are about to see are two displaced Syrian citizens exiled in a Jordanian refugee camp.

The camp is located in Jordan’s fourth largest city, Za’atari and hosts around 80,000 Syrians who have been forced to uproot their lives in search of safety. As the crisis worsens numbers in the camp swell, exacerbated by approximately 80 births within the camp per day.

Mohamed Isa Alamaziodi, the singer in this video, was forced to leave his terminally ill father behind in Syria, while Ziad Quaem Al Masri, plays the rebab in an attempt to salvage some of his country’s tradition.

Although refugees such as Mohamed and Ziad, have attempted to rebuild their lives in Za’atari, a desperate longing for home is glaringly obvious.

As the war rages on and the world anticipates its next deadly turn, the end will eventually present itself. When that day comes, Syria’s wounds would have all but healed and it will be reeling for decades to come.

The lesson learned from Iraq has stuttered the response from the UK and America, allowing an opportunist Russia to enter the fray.

During the week of this writing, Syrian rebels and Syrian government officials met – at the request of Russia – in Kazakhstan for the first time since the conflict began. Although this is a significant step in the right direction, no agreement will be met unless Syria’s President Bashar al-Assad agrees to resign.

The chances of that happening are close to nil.

Until then, the Syrian people remain faced with the same two agonizing choices…