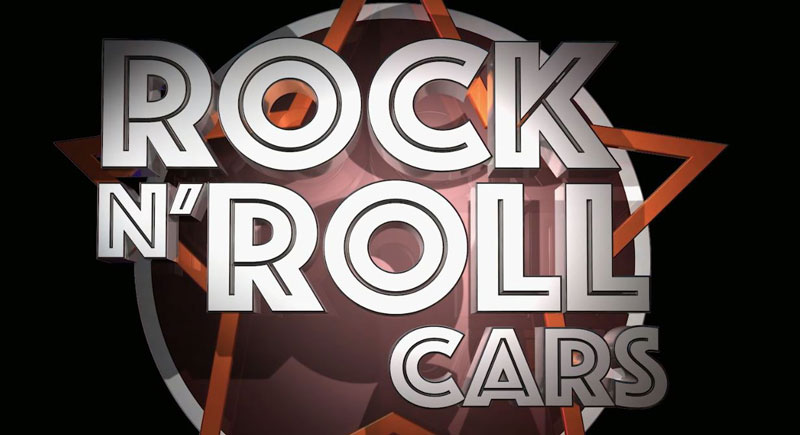 David Skynner is a director whose credits include Wuthering Heights, The Story of Tracy Beaker and BAFTA-winning show, The Giblets Boys. We had a chat with him about one of his latest projects, Rock ‘n’ Roll Cars. The TV series interviews artists about their experience with cars and how it affected their music and their fans. The idea was born from a moment of inspiration during a conversation about cars with someone in the Music Business.

“Everyone we ran it past was into it, there’s a difference between the stuff that people just go over and stuff that people go ‘Ooh that’s interesting’, And the doors sort of open as you lean against them. And it was a bit like that really.”

If that got your interest, here’s a teaser video for Rock ‘n’ Roll Cars:

It’s the kind of idea that is fascinating and exciting and yet seems so simple.

“It just seemed like an obvious and interesting theme that was a nice strand to explore and I think that came across in the interviews. Some people we talked to weren’t even that interested in cars, but they had a lot of interesting thing to say about music and cars. There wasn’t always a personal story, but there was always something to do between the correlation between cars and music.”

David even gave us a sneak peak into one of the stories, which was Paul Hardcastle’s love of his Ford Cortina

“He’s got a large collection of cars, and he said that it was the car that marked the teen moments in his life; he talked about it at length. He’s got a beautiful Mk2 Cortina that  he has taken care of and looked after, he’s got about 10 to 15 cars in his garage – but a really big garage obviously!”

And Paul Hardcastle wasn’t the only one with a Cortina story, there are more to look forward to in the series!

“The American cars from the 70’s, and even the British ones, but especially the Ford Capri and the Cortina they were all status symbols, they meant something, people loved them, you wanted to be in them…” However David goes on to say how there aren’t as many new artists with such a history with driving and cars. “And driving is a lot less important these days than what it used to be. It’s less of a status symbol.”

Some interviews really provided interesting stories about how a boost in artists’ music careers allowed them to trade in their old bangers for more expensive cars.

“Hardcastle, yeah he did a jump up as soon as he was 19, what did he get? I think if I remember rightly he went up to a Louts Esprit, he went straight from a banger to that and quickly discovered that it was a nightmare to drive around Knightsbridge. And then traded it in for a Jag.”

There were also some very interesting and special cars featured on the show, some of them being Rolls Royces.

“We did have a couple of specials on Rolls Royce, Rolls Royce gave us access to their special music edition cars and we filmed them and interviewed about them, some driven by the likes of Roger Daltrey, Ronny Wood, various other people. They had all put personalizations to them.

“The Roger Daltrey one had the cover from “Tommy” put on the bonnet, and various other things on the inside. Shirley Bassey did one. They were some amazing cars to see and to sit in. Really felt like you had to be royalty or at least super rich to justify anything like that.

“We also got to film John Lennon’s Psychedelic Rolls Royce. It was brought over from Canada, so that was a bit special.”

Everyone working on this show must have had a great time from what we’ve heard from David.

“We had 20 cars, we took them all out on the track, we had the tracking people from Top Gear. We went round the tracks with those and with other cars we went on to some big mansions and filmed on their grounds.”

The project has also been a change of direction for David, who is used to being a drama director for TV, films and commercials.

Мusic Gateway came into the story when David’s producer and long-time friend and colleague Jamie was researching how to get hold of interviewees.

Our very own CEO, Jon Skinner is now also working with Dave on a new music show with great potential.

“We just started to show it to broadcasters. We were showing it to a distributor, quite a big person, he’s a sales agent who was very interested in it and thought that it was very strong.”

It’s all very hush hush at the moment and even those of us in the office don’t know what it is but we’ll update you when there’s any more news on the subject!

Since 2011, Alex Rainbird has been discovering and showcasing the finest independent music. Joined by Beth Paterson as of 2017, their goal is to provide the...