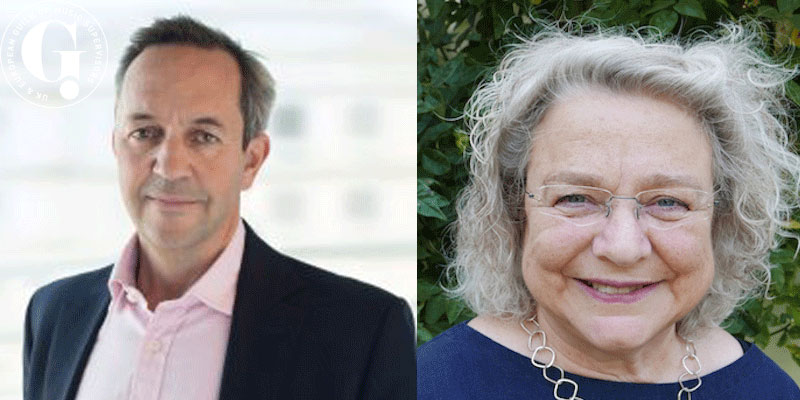 With Vick Bain, chief executive of the British Academy of Songwriters, Composers and Authors (BASCA) calling for an end to ‘Pay to Play’ culture for composers, we thought the write-up of the final UK & European Guild of Music Supervisors would provide some really useful insights on composer contracts.

The panel for this final masterclass consisted of music supervisor Maggie Rodford and Alexander Ross. Maggie works closely with composers, negotiating contracts, producing, music supervising and co-ordinating music recordings. She has worked as music producer, co-ordinator and supervisor on many high profile films scores including Kubo and the Two Strings, Cinderella, The Boxtrolls, Cabin in the Woods, Thor, The King’s Speech, Harry Potter and the Goblet of Fire to name but a few. Alexander is a partner and head of the Commercial Music and Commercial Publishing groups at Wiggin. He has over 20 years of experience advising clients in the creation, licensing and distribution of copyright works in the online and mobile environment. His knowledge of contracts is second to none.

We’d also like to thank Decca Publishing, our sponsors for this masterclass.

For those of you who were not able to attend, here are the top 5 takeaways:

1) When to contract the composer?

There are two main/basic ways in which a composer can be contracted: The first is ‘fee only’. With this method, production costs are paid by the film producer. So engineers, studio time and everything else involved in the production.

The second option is a package fee. With a package fee, the producer still pays for the composer and production costs but as a fixed amount. If the composer goes over budget, they’ll have to pay for that themselves. However on the other side of that, if the composer comes in under budget, they get to keep what they didn’t use. The producer will often ask for a minimal spend because of this, just to make sure that at least, a certain amount goes towards the final product. Packages are becoming more the norm these days as you know what you’re in for as a producer, whereas with a fee structure, the costs can run away from you.

3) Who is involved in the negotiations?

The contract negotiations are generally negotiated between the composer’s agent and either the music supervisor or the producer.

The heads of agreement for a composer contract are much too complex to get into detail on in this article, but if you’d like to find the presentation slides for this masterclass and some agreement examples then becoming a member of the Guild will give you access to them.

For now here’s a quick overview of the terms that you should be including:

Companies will often want to use their own contract templates and they will all be different in their terms and length.

It’s important to look at why it becomes necessary to terminate. But also what will happen to the rights and will there be some remuneration. The panelists of this masterclass compared the termination of a composer contract to getting a divorce! The producer/director and the composer need to be able to see eye to eye and obviously it’s better to avoid termination if at all possible but in a situation like that, termination is probably the best thing.

The only main question left is whether the producer or the composer will get to keep the score. Sometimes a music supervisor will be asked to mediate in these negotiations. The producer might want a different composer to carry on with and change the original score. The producer will generally agree to pay for any costs made up until that point but not for any more than that.

For a composer it’s really bad if the contract is terminated as they will have put aside time to write the score and they will most likely have also turned down other work in order to work on this score.

Unfortunately the Guild’s In Depth Masterclass series is over now! They will be running more sessions later in the year so keep an eye out on their social media or become a member and be the first to know.

Music Gateway is a sponsor of the UK & European Guild of Music Supervisors and we work with many music supervisors, sourcing music from our Sync portal, which you can submit to now by clicking here.