In the next stage of planning you will need to look at the practical preparations for the shoot; primarily your location, your camera and your content.

If your music video takes place, for example, in your own home you’ve hit the jackpot. Filming inside means you won’t have to consider the problems of waterproofing and protecting your camera. It also helps with regards to lighting as it makes it quite a bit easier to control those conditions. However, it’s worth considering getting some insurance on your equipment regardless, even if you’re filming inside.

However if you want to film outside or anywhere public you’ll need the appropriate permissions to shoot there.

The National Trust has a huge number of locations that might be available for shooting, usually for a voluntary or set fee. These can be quite hefty and may take from your budget considerably. You could expect to pay anywhere between £50-£300 for a weekend of shooting.

It is particularly important to avoid shooting in busy public locations wherever possible, as the hardest thing to avoid is the roving eyes of the general public and it will be distracting to have people constantly interrupting your shots.

If you have no other choice then be prepared to shoot early to avoid disrupting the general public or at odd hours.

Some locations are controlled by local Councils who will also charge certain fees, so try contacting them to find out what kind of price you’re looking at. Some offer discounts for student productions, and if you have a film student on board you may be able to get reductions that way.

Whatever you do, make sure you scout ahead- take pictures of the location to compare later, and write a list of any potential issues that come with it (i.e lack of natural lighting, accessibility, a popular dog walking area etc.) 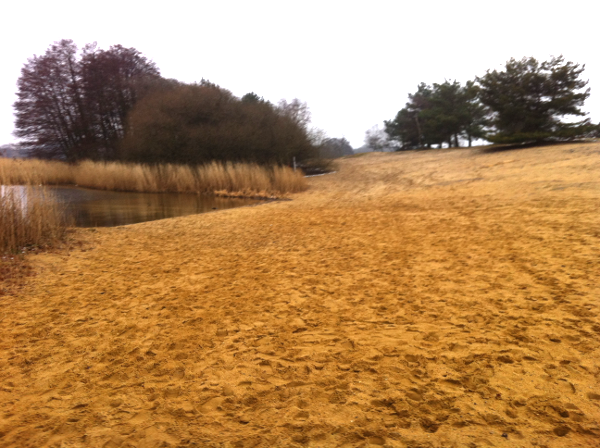 Next make sure that you’ve got a list of all the equipment you will need and double check it.
We had two options with our camera, the first being a much more expensive camera that would produce excellent quality which our filmmaker had managed to argue down to £300 for a day’s rental. However, due to having a filmmaker with lots of connections on board we were able to borrow camera equipment for free, including rigging and lenses. We settled on a Canon 60D, thus eliminating the budget for the camera.

Our filmmaker explained that we chose this camera “because, of the mid range DSLRs (Digital single-lens reflex cameras) it is one of the only few that has a flip out screen and records in high speed to SD (Secure Digital) cards.”

However, we would have been willing to pay the £300 if that had been the only item in our budget, as the quality would have been worth the price. Using the second rig also allowed us to cut a few more costs in terms of crew members; a smaller rig meant that it was “lighter to operate, especially if you are a one woman camera team.”

If you have the budget for it- including a budget for camera assistants- our filmmaker recommended an Arri Alexa or a Red Epic as you can get great deals on them for excellent quality.

We were able to borrow two light reflectors from family, but we also had the option of using a large board of polystyrene, of the type that you might find padding out a television, as an emergency stand in to reflect the right amount of light. 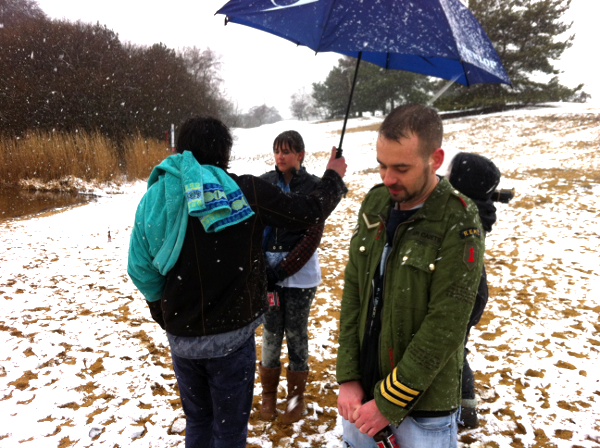 Finally we got in touch with our Costume designer- a local Fashion designer with his own unique line of clothing- to lend a few items for the shoot. This creates a certain aesthetic and offers a great opportunity for cross promotion. However, we had to choose items that wouldn’t overwhelm the shoot, and pick appropriate pieces out. With the help costume designer we were able to create a look for all four members of the secondary cast.

With all of these things checked and readied all that remained was preparing for the shoot itself. As we were filming outside in a location accessible by the general public, we had to take into account a need for water proofing for our equipment and a way of keeping the shoot private. Also, as we were going to start filming very early in the morning with a crew of volunteers we would need to provide food, hot drinks and shelter for them. Luckily we had a crew of only 7, meaning that we would be able to provide those amenities ourselves from our budget.

Once we had all of our amenities ready, our crew prepared and our checklist crossed off, the most important thing was getting a good night’s rest. We had a long day ahead of us.