There was a point in history where the image of the music industry was a cigar-chomping, overweight flannel merchant, an endless supply of money behind him, exploiting the hard work of penniless musicians who had nowhere else to go to get their music out.  But over the last few years, the ponytailed, moneyed factions have had their grips loosened, due chiefly to the unstoppable power of the Internet. 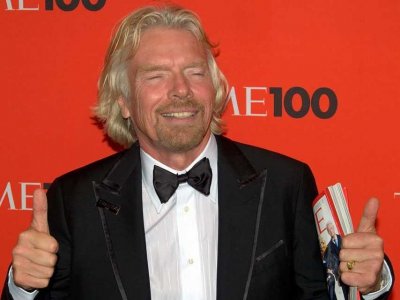 Stepping away from the record label

Where once it was a difficult, costly process to get your bands’ music into the public domain, now everyone can write, record, produce and publish their music onto the web with no difficulty whatsoever. Social networking and companies like Music Gateway have shortened the gap between band and producer, publisher, record execs and the public. Twitter alone allows a band to trend as both individuals and as a unit, removing the wall between artist and fan, effectively involving the public in the process. But how do you thrive in such an environment?

Let us use the template of Ok GO. Much was made of their departure from their label. The band had, through their now famous videos, realised how much popularity and exposure could be garnered through the viral video approach of the modern age. They continue to tour, sell merchandise, record and promote themselves by their own means, without major label involvement. The band even offer those who sign up to their mailing list a free unreleased track every month, something that was unheard of in the days of the majors. By understanding the appeal and spread of YouTube and Twitter, the band have been able to market themselves on a global scale, keeping their overheads down through canny one-shot videos, which have spawned their own copycats.

The reason why Ok GO and bands like Radiohead stepped away from the major spotlight has its roots in this very realisation. Examining today’s artists will show quickly that the days of the megastar are behind us; where in the past a group or individual would have been discussed ad infinitum by all areas of the press, the high-speed, saturated media culture we now inhabit means that labels no longer have time to nurture huge stars through long marketing campaigns.

The Industry is not how it used to be

The industry has reached its apex as a machine, churning out identikit bands in ever increasing numbers, hoping that one will stick. A record deal used to mean a career in the industry, from the debut to the ‘difficult third’, all the way to the greatest hits. Now, artists appear and vanish in 144 characters, vaporised by their own lack of impact in a fast-moving industry that demands, more than ever, instantaneous magic. Majors can no longer afford to take risks on bands that require development, as the public will have moved on by the time they’re ready.

The result of this is that the artist now has more control. Music has never been an easy career choice,but now the local band no longer has to contend with the majors for people’s attention. Many bands now choose to network with others to gigswap, arrange tour dates, get information on venues,  where to stay, which promoters to trust, even where to park the van. Although things like getting into the right studio require an introduction, you are now in charge.

A number of bands now use publishing deals to get their music into the public consciousness. They start their own labels to protect their interests, network fiercely to get the best production, ask around to find out who’s got the best studio for their music. Everyone has to balance musical life with work until they’re in a position to support themselves from music-concentrating on work when you’re there will bring your musical life into greater focus, as you can leave work at the door when it’s 5pm, and devote your time to progress.

Look honestly at your band. Are you doing everything you can to progress? How much time are you really putting into it? Who’s listening to your material right now? When is your next show? Is it out of town? Will you have anything to sell when you get there? When you get in from work, is the time you spend on the internet pushing your group forward through forums, social networking and research, or are you just watching cats?

There is a tremendous window for musicians world-wide to recapture how the music scene began; a resurgence in grass roots following, and closer relationships between artist and fan. With the industry pouring its resources into overnight hit-makers, this is the time to re-connect to your music community, and build something you can be proud of.