6 Of The Best Recording Studios in Nashville

There are a few examples of cities that have made their mark on the global stage at one time or another – Liverpool, Manchester, LA, Memphis, New Orleans. But, perhaps the most famous musical city in the world (it even has the nickname “Music City”) is Nashville. There are some incredible recording studios in Nashville TN, which is what we’re going to be talking about today.

Whilst Nashville is a musical and indeed a literal home to the likes of Taylor Swift, Brad Paisley and Dolly Parton, it is also the home of artists like Dan Auerbach of the Black Keys, Billy Gibbons of ZZ Top, Steven Tyler of Aerosmith and Vince Neil of Mötley Crüe.

It is no understatement to say that music runs through the veins of the city. Even to the point that as you wander around the streets, the local authority have installed permanent speakers that blare out classic hits that were recorded in the city around the clock.

The place to hear live music is unquestionably Broadway and the Honky-Tonks that line the street. But for those in the city for purposes of committing songs to record, the main focus area is a few streets just south of the Belmont Terrace roundabout known collectively as Music Row.

Here you have large offices for the likes of Sony/ATV, EMI, ASCAP, and BMI and a number of awesome studios with history that will make your jaw drop. In this article, we’ll look at some of the best recording studios in Nashville. Stay tuned for everything you need to know!

It’s slightly off the beaten track. But if you’re looking to cook up something pretty special, Sound Kitchen studios to the south of Nashville City Centre would be a pretty good place to start.

They’ve been in business for 25 years and in that period they’ve hosted the likes of Taylor Swift, Elton John, Dolly Parton, Carrie Underwood, Lee Ann Womack, The Chicks and many other household names.

Having also worked with artists like Michael W Smith and Jars of Clay, Sound Kitchen is also known as one of the more Christian recording studios in Nashville TN. Having developed a sound that fits really well into that genre of recorded music.

The complex is massive. 19,000 square feet split into seven different studios to accommodate pretty much any project. What’s really nice is that their website regularly mentions that independent artists are welcome and will receive the same professional treatment as the international superstars do. This is very much a studio that can work with bands and larger ensembles as well as solo artists.

For recording nerds like us, the name Ocean Way probably rings a bell – and that is because Universal Audio created a plugin that emulates their state-of-the-art control room as a mixing tool. But there is far more to this studio than just great gear and acoustic treatment. It’s oozing with character.

The original structure was a large church. Built over 100 years ago but converted into a studio complex with three studios in 1996. Since then, they’ve recorded artists like Willie Nelson, Matchbox Twenty, Sheryl Crow, and Paul Simon.

They’ve also diversified as time has gone on. Creating soundtracks for the likes of Sony PlayStation, EA, and Lionsgate. The studio is part-owned by Belmont University and has a very successful educational element to it.

With 2 live rooms that can hold up to 80 musicians, this is the place to go if you are recording large groups of musicians such as orchestras.

Located right on the edge of the Music Row area of Nashville, the Tracking Room is a wonderful band focussed studio that has a client list featuring names like Bon Jovi, The Beach Boys, Chet Atkins and Kenny Rogers.

At points, it was one of the largest music recording studios in Nashville TN. However, 2020 proved to be a very tough year for the studio and the lights have been darkened since March 2020. The owners posted a somewhat cryptic message on social media, thanking all the artists they have worked with and imploring everyone to stay tuned for the next chapter in the history of this iconic studio. So watch this space!

From the outside, the House of David looks pretty similar to all the other houses in Nashville. In fact, the structure was originally two single-family dwellings that owner David Briggs purchased and converted into gear heaven. Briggs worked extensively in the Nashville scene for over 50 years and recorded with names such as Tom Jones, BB King, and Willie Nelson.

But perhaps the most interesting thing about this recording studio is its history. Between 1974 and 1976, Briggs converted the studio with the intention that it would be used exclusively by Briggs himself and Elvis Presley. This modification also included a secret passageway that led to a basement studio and lounge. This was so the star had a discrete way of entering and exiting the studio without being mobbed by adoring fans. Unfortunately, Elvis’ passed away before he could make use of the facility.

The studio is pretty extensive covering 4,000 square feet and comprising of three different tracking rooms. The House of David is really set up for live tracking a band. Nashville is famous for its pioneering recording techniques and specifically live recording. But these days, there aren’t many studios that really support recording a live band. So the House of David is definitely flying the flag here.

The studio aims to be a one-stop-shop for its artists and caters for tracking, mixing, and mastering. They offer daily, weekly and monthly block bookings so you really can take the time you need.

You may have seen part of Blackbird studio’s interior before. The unique diffusion set up in Studio C has long been the subject of social media channels dedicated to dream studios and it’s easy to see why! The complex itself is pretty extensive with 9 different studio spaces that can accommodate all kinds of different projects.

Alison Krauss, Seasick Steve, Lynyrd Synyrd, Greg Allman, Lady A, REM, Keith Urban, The Killers, and The Kings of Leon have all recorded here. Blackbird are really good for solo artists looking to create a really special recording. They set artists up with experienced music producers, engineers, session musicians and the sheer amount of gear they have is almost unprecedented.

They boast the largest vintage microphone collection in the world. 65 drum kits (with 160 snares), tons of guitars and basses, and the classic Rhodes, Wurlitzer, Hammond B3, and vintage Moog synths that can bring a project to life.

The studio also has a real pedigree. The owner and founder is John McBride, husband of the country artist Martina McBride. So, it was created with artists in mind.

Sat right in the heart of Music Row, Tha Underground Studio is a little different to the rest of the studios in town as it specialises in urban music, particularly hip hop and R&B.

They are certainly the most prominent of the hip-hop recording studios in Nashville TN. The studio was originally founded to support specific select artists. But as they have grown they have morphed into a universal platform for any artist, producer, or engineer to call home.

They are also one of the only studios in Nashville to publish their prices on the website. A typical recording session has a rate of $80-$120 per hour and they also offer Mixing services ($200 per song). As well as pretty competitive mastering prices ($50 per song).

The studio itself is quite small by Nashville standards with a single live and production room. But their gear list is pretty impressive and they’ve worked with clients such as MTV, ABC, J. Money, Shawty Red, and Odeesa Moon.

Music is the central pillar of the Nashville culture and we would certainly recommend the experience of recording in the city.

The recording engineers, producers, musicians, equipment, and studios are all of the highest quality you can imagine. Furthermore, the sheer musicality of the town seeps into your pores and comes out when the red light goes on and you start recording. It is no understatement to say that there is something magical about the place.

However, the mystique and the reputation of the city also play a large factor. The recording studios in Nashville TN rates can be slightly higher on average than you might get elsewhere in the world. And truth be told it is quite a small town, so accommodation is often at a premium if you are travelling in from out of town.

We hope that you found this article helpful and feel inspired to look further into the recording history of the town. It’s not an operational studio anymore, but we would recommend a visit to RCA’s Studio B so you can see the spot where Elvis stood and understand how the Nashville sound was developed, to the point where it redefined recording on a global scale. It is truly a part of music history.

Have you ever been to a recording studio in Nashville? Tell us about your experiences in the comment section below! We would love to hear from you. 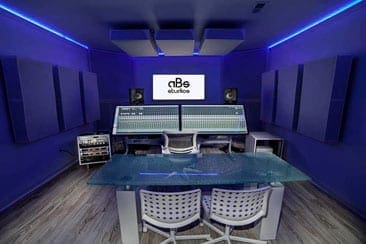 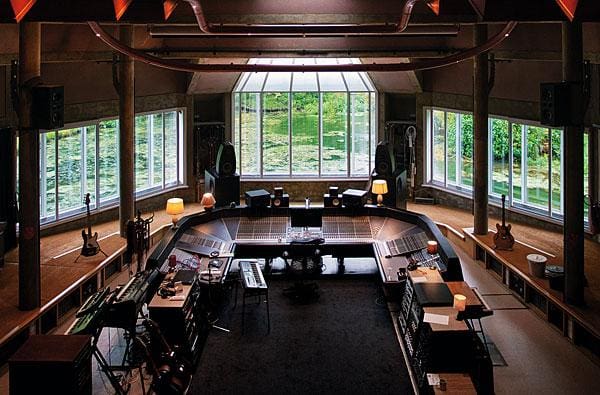 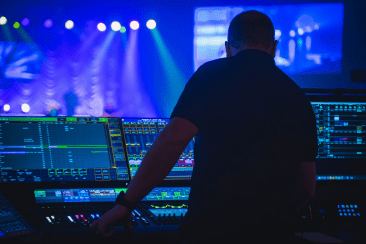 Mixing Music: A Beginners Guide On How To Mix Music

In this article, we will be going over the art of mixing music and how you can use it to make yourself a better musician! We will provide you with...