Our Friends at Fierce Angel have just released their new compilation album “Fierce Disco VI” which came out on Monday 15th July. It is available on double CD (unmixed), and all good digital platforms worldwide (mixed and unmixed available). The CD features 24 full length tracks unmixed in luxury packaging.

Fierce Disco VI includes tracks by The Freemasons, The Brand New Heavies, Timmy Vegas, The Fierce Collective, Kris Menace and Eric Kupper. Stand out tracks on the compilation including forthcoming tracks from Fierce Angel “Let Your Soul Be Your Pilot” by The Fierce Collective ft Peyton, “Another Universe” by Jolyon Petch and “I’ve Got You Funkin” by Timmy Vegas. Fierce Disco also includes another 8 exclusive tracks including unreleased anthems from Panniq, Alf Tumble and Fibes Oh Fibes. 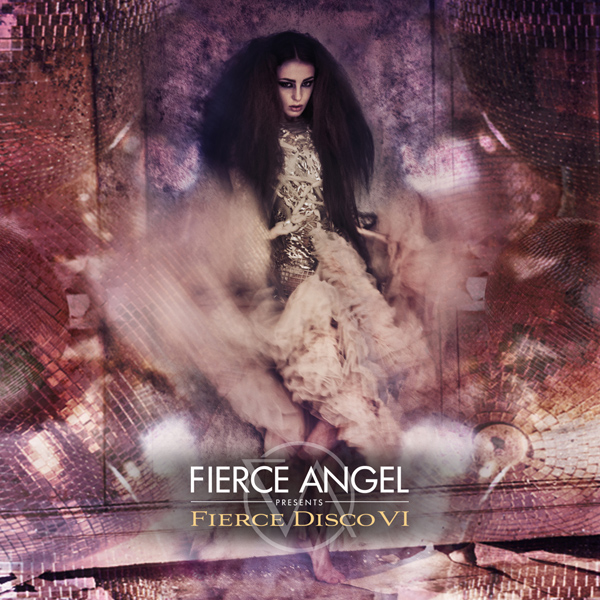 Fierce Disco is the most popular of all the Fierce Angel releases and now presents it’s 6th release in this eagerly anticipated series. This is the signature sound of Fierce Angel, full on house anthems with more than a hint of disco and funk. This has been the sound championed by Mark Doyle since the very early days of Hed Kandi and is often copied but never bettered!

Fierce Angel is a UK based record label and events company set up in 2006 by DJ Mark Doyle the creator of Hed Kandi. The label employs a handful of DJ’s, sponsors special club night events and employs a lifestyle marketing approach in regards to it endeavours. Fiercely independent and already picking up critical acclaim worldwide the company is on a mission to provide simply the finest music and the most memorable nights out.

This is the first Fierce Angel release to feature the dazzling all new artwork from fashion photographer Luke Woodford. Lukes work has been exhibited by Vogue, and his clients include many high end couture designers. The images include the beauteous couture of Inbar Spector and hair and make up from Karla Powell. Their very own Fierce Angel on this particular shoot was the ravishingly radiant Tess Dimos.

Fierce Angel have an all-embracing, all-encompassing tour planned to promote their latest release Fierce Disco VI. Over the next few months you can find Fierce Events in Taiwan, Hong Kong, Canada, Indonesia, Bulgaria, Brighton and Scotland.

Fierce Angel Records have now released 25 spectacular compilations, performed all over the UK and at some of the wildest locations around the world. With their weekly Radio show now airing on Gaydio, Sauce and Jemm1 just in the UK, and in over 20 countries on various stations.

Watch out for upcoming projects from Fierce Angel through Music Gateway!

Lockdown and the restrictions on life due to COVID-19 have put a strain on our young people, the music industry and arts & culture in general....

There have been tons of exciting additions to the Music Gateway website – including helpful new music tools for artists. With both fun and practical...