Last night was undeniably the greatest music event of the year. For those that don’t know what happened, last night was the Red Bull Culture Clash in London, a sound clash with four different stages and crews competing against each other to win over the 20,000 strong crowd. This year we had the previous champions Boy Better Know sparring against veteran Jamaican sound system Stone Love, Harlem’s hottest newcomers A$AP Mob, and new London supergroup Rebel Sound, made up of Chase & Status, Rage, Shy FX and the legend David Rodigan. This year’s crown was taken by Rebel Sound. Read on as we discuss what went down and how we can learn from them to win a sound clash. 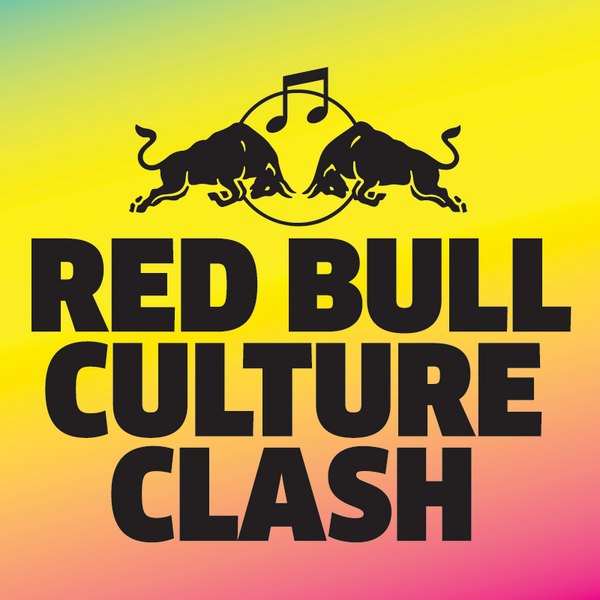 For this sound clash there were special rules. Each set the crews were allowed to play ranged from five minutes to fifteen minutes, depending on the round. The crews were encouraged to play custom-made dub plate specials (exclusive tracks) and introduce their special guests anytime during the event, and in the final round no regular records are allowed, only remixes, dubs and live guest performances. There are strictly no repeats unless there is a counteraction, so if another crew played that tune before, you can only play it again if you alter it (play a remix, add different lyrics over it).  Any crew that replays a song or fails to mention that they are playing a counteraction will be disqualified from that round. Each round is won by the crowds reaction, which is measured by decibels.

To keep things interesting each round had a different theme. Round 1 was the Pressure Drop, where each crew had 10 minutes to play what they want to warm up the crowd. The second round was The Selector, where the DJ’s had 15 minutes to play any style they want, and are judged purely on song selection. Round 3 was called Sleeping With The Enemy, where each crew had 10 minutes to play an opponent’s style of music. The final round was Armageddon, where they had two sets lasting five minutes to play their biggest tunes and win the title.  Rebel Sound won the first round, followed by BBK in the second and then Rebel Sound again for the third and fourth.

So what did Rebel Sound do that made them completely dominate the competition? Here are some tips we can learn from them. 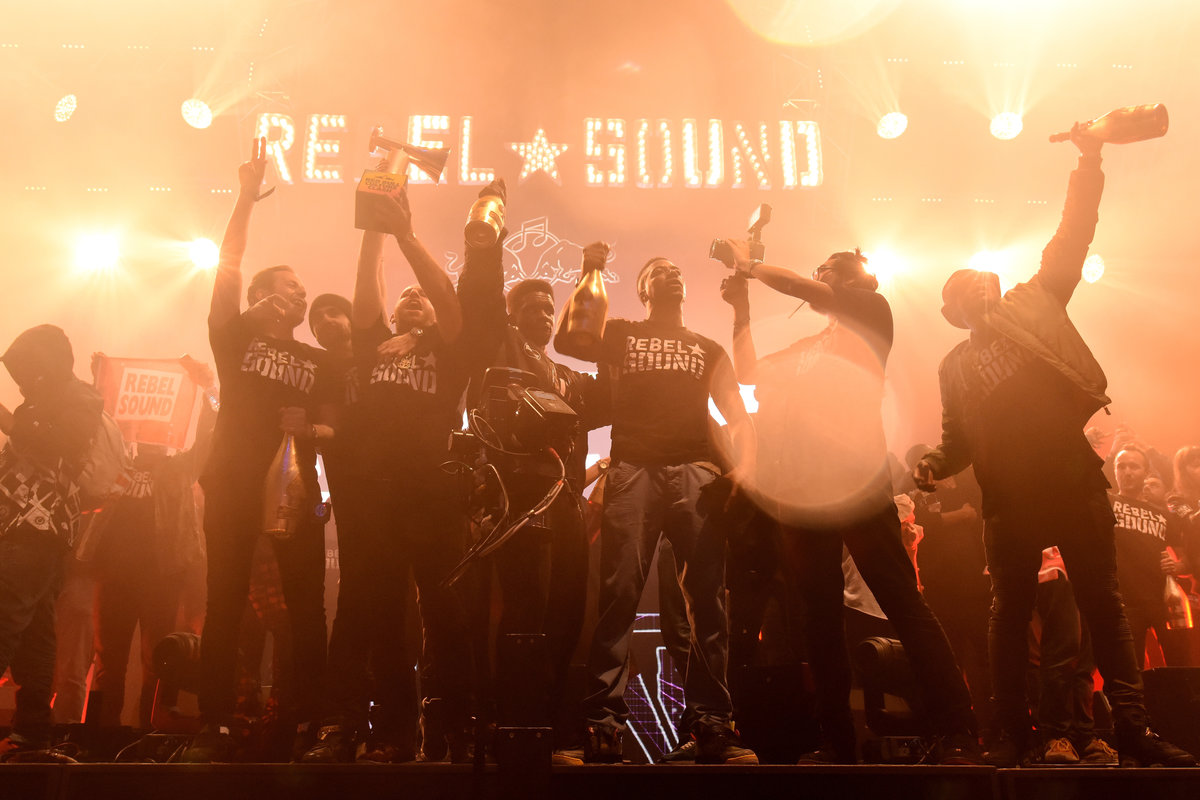 If you are coming to a sound clash, make sure you have the dub plates and tracks that make you stand out from the competition. Rebel Sound had dub plates for days and played them throughout all the rounds. It took A$AP Mob until the third round to start bringing them out. BBK had their dubplates and back catalogue of hits but fell short on their reggae selection when they dropped Peter Andre’s Mysterious Girl. Stone Love had a classic selection, but unfortunately their age seems to be showing and the younger generation didn’t feel their tunes as much as older heads. 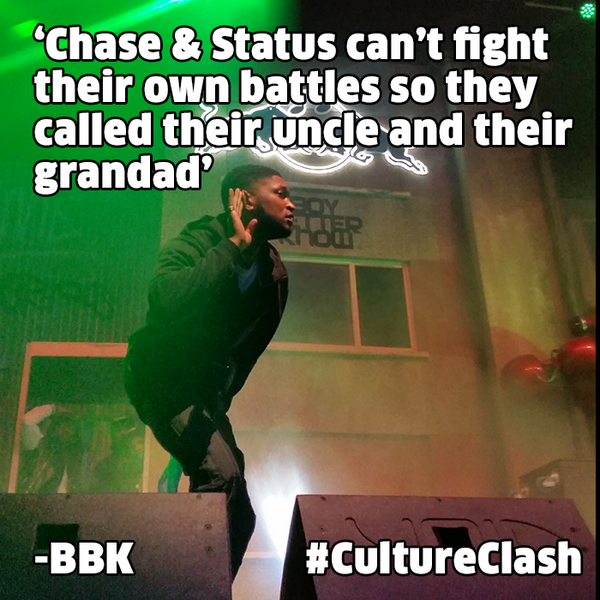 It’s not a proper sound clash without death threats being made. However, you should always respect the person who’s home you are in. Most of the disses apart from death threats and calls for exile were tongue in cheek, such as Rebel Sound saying BBK stood for “Best Batty Kisser”, Skepta saying “Chase & Status can’t fight their own battles so they called their uncle and granddad” and Jammer’s comment “Let’s not call them Stone Love, let’s call them Stone Age”. A$AP Mob took things too far by dissing the other crews as soon as they got off their quad bikes on stage, not knowing who David Rodigan is and claiming to have fucked all of BBK’s bitches. Bringing girls on stage to twerk didn’t help their image as well. This prompted a lecture by David Rodigan as well as turning every other crew against them. Respect your elders! You wouldn’t be here today without the work that they’ve done.

It always helps to have some friendly faces to support you. Rebel Sound had the most faces there, such as Trevor MacDonald, Kurupt FM, Tempa T, Luck and Neat, Emile Sande, Pusha T and Rihanna all performing, introducing or featuring on a dubplate. BBK brought pretty much all of grime’s royalty, which pleased the London crowd. A$AP Mob brought Detroit MC Danny Brown and veteran Boston MC Everlast from House of Pain. Stone Love only had Stylo-G with them. Having more people backing you up helps because they don’t just bring their music to your stage, but also their fans. 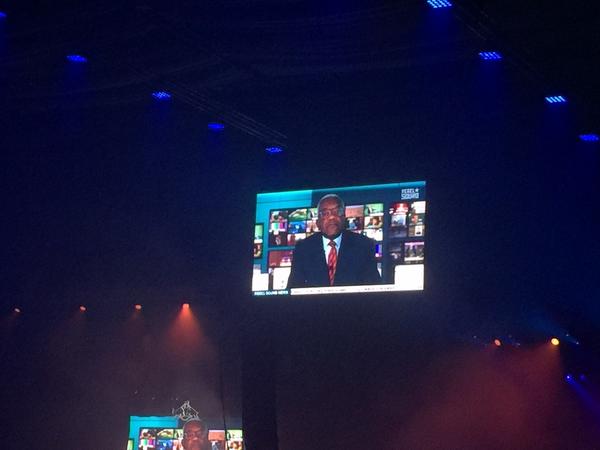 You need to be able to please everyone in the crowd, so the best way to do that is have a wide selection of music. Rebel Sound mixed it up with drum & bass, grime, and custom dubplates of reggae with a Damian Marley counteraction, an Eek-A-Mouse custom dub, and “Chase The Devil’ custom dub, garage with Luck and Neat’s Little Bit Of Luck, hip hop with Pusha T and pop with Emile Sande and Rihanna. Stone Love played mostly reggae and dancehall but came out with remixes for grime tunes German Whip and Don’t Waste My Time, as well as hip hop with a remix of Ain’t Worried About Nothing. BBK came out with their usual grime, UK funky house and garage, as well as trap with their version of Compton rapper Kendrick Lamar’s m.A.A.d City. A$AP Mob were the least versatile, sticking mostly to trap and Southern style hip hop.

This sound clash has brought about many changes in the music scene already. A$AP Mob might not be able to show their faces in London again after that loss, Tempa T might have alienated himself from the grime world after backing Rebel Sound instead of BBK, and Rebel Sound have confirmed that they will now be carrying on making music as a supergroup now the sound clash is over.  Only time will tell what will happen until the next Red Bull Culture Clash.

Let us know your thoughts about the sound clash in the comment section below.