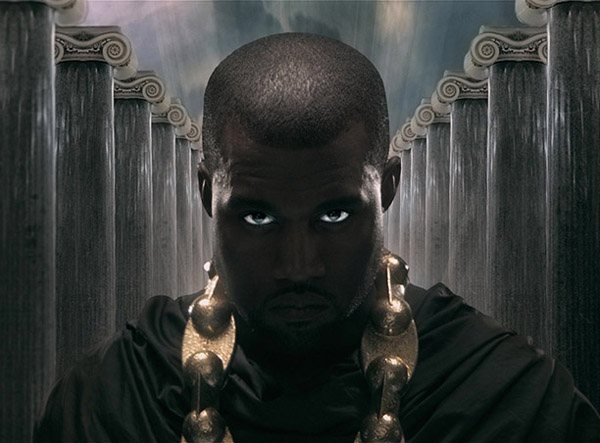 So it wasn’t long ago we posted about Kanye West and his interview with Zane Lowe on BBC Radio 1. Read here. Well we did a little more digging and we found this.

Kanye West recently made an appearance of Later… With Jools Holland but this isn’t so much about his actual performance but his particularly strange requests in regards to his dressing room backstage. I don’t think he was kidding with his song “I am a God.”

When West turned up to rehearsals he requested that the staff tear down the studio set and rebuild it to his original plans and on top of this to have his whole dressing room to be replaced in the colour white including the walls, sofa… oh and even the flowers.

Along with this he felt his huge entourage should be given half of the dressing rooms available to performers; there are 15 it’s worth noting. Sting and Kings of Leon were also on the show but hey ho.

To really put the icing on the cake however was his last request about the carpet. West demanded for his carpet to be flattened out with a heated tool after complaints of finding it too bumpy. BBC staff knew what to expect from West however this took even them by surprise.

On the show West performed two new songs ‘New Slaves’ and ‘Blood On The Leaves’.

We want to know what you think of this. Is it Kanye West just being the diva he is or alternatively is this a marketing/PR talking point that he has secretly crafted?

Also for a bit of banter comment here your top 3 outrageous rider requests to have in a dressing room of your own if you were a big selling artist yourself and be creative!

To get you started mine would be:

Minstrels spelling my name on top of a huge chocolate cake

An awesome slush puppie machine; I love those things