It’s Not Easy Being A B**** Lily Allen Returns 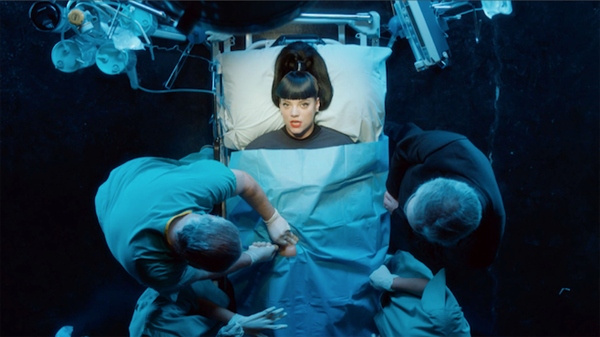 It’s been a while hasn’t it? I wasn’t quite sure if she would be back but after having two kids and setting up a successful fashion company she is back! Lily Allen has released her first new single since 2009 named “Hard Out Here” from her upcoming album due for release next year. Now making a comeback after so long has to be done right and I’ll give it to Allen; this is how you do it.

This single attacks the music industry for its portrayal of female artists with the over sexualisation of music videos and the perceived need to look perfect at all times. The controversial video starts with Allen in a surgery bed having liposuction with comments such as “How can someone let themselves get like this?… A sense of a lack of discipline” to which Allen replies “Uh, I had two babies”. So even before the music starts she already touches on her first issue with the music industry and that it’s true that artists are pressured  to look perfect regardless of life changes such as pregnancy and age.

Also it shows that Allen has been keeping an eye on the newer artists to hit the headlines in her absence with the clear attack of Miley Cyrus with her black twerking backing dancers which addresses the sexualisation of Cyrus’s videos and as a response to critics stating that Cyrus used women of colour as props in her VMA performance.

“Don’t you want to have somebody who objectifies you?

Have you thought about your butt, who’s gonna tear it in two?”

There are many references from sexualisation to materialism in this video and needless to say it has made a definite impact.

It’s not new for Lily Allen to talk about controversial issues that she sees wrong with the world. Look at her lyrics to her previous hit ‘The Fear’.

“I want to be rich and I want lots of money

I want loads of clothes and fuck loads of diamonds

I heard perople die while they’re trying to find them

‘Cause everyone knows that’s how you get famous

I’m on the right track, yeah I’m on to a winner 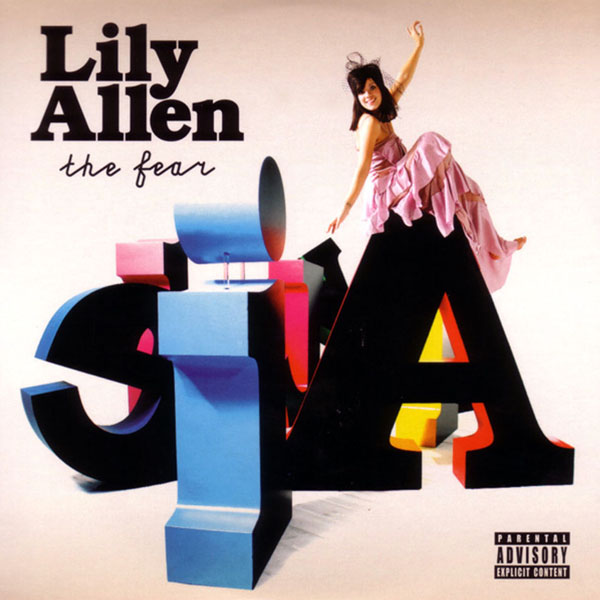 The song spoke about her fear about how fame is achieved these days and suggests that it’s shameful and just too easy. It’s clear Allen has a lot of opinions that are made apparent through her music and thats one thing I have always loved about Lily Allen as her songs are always a bit risky and touch on subjects that aren’t usually deemed as appropriate such as ‘Not Fair’ (remember that one?).

So Allen is keeping true to her usual antics with her new single which excites me to see what other issues and beliefs her new album shall touch on. She’s a mum now and I guess her life has changed quite a bit (hence her 3 year break) and it will be refreshing to see what she has to bring to the table now. I always do like seeing an artist grow up as this is usually reflected in their music and appeals to new fans as well as taking original fans along with her on her life journey.

Take a look at the lyrics and watch the video here. What do you think about Lily Allen’s comeback? Comment below, share/tweet and let’s keep an eye on Lily and see what she does next.

I suppose I should tell you what this bitch is thinkin’
You’ll find me in the studio, and not in the kitchen
I won’t be braggin’ ’bout my cars, or talkin’ ’bout my chains
Don’t need to shake my ass for you ‘cuz I got a brain
If I told you ’bout my sex life, you’d call me a slut
When boys be talkin’ ’bout their bitches no one’s making a fuss
There’s a glass ceiling to break, uh huh there’s money to make
And now it’s time to speed it up ‘cuz I can’t move at this pace

You’re not a size 6, and you’re not good looking
Well you better be rich, or be real good at cooking
You should probably lose some weight, ‘cuz we can’t see your bones
You should probably fix your face, or you’ll end up on your own
Don’t you want to have somebody who objectifies you?
Have you thought about your butt, who’s gonna tear it in two?
We’ve never had it so good, uh huh we’re out of the woods
And if you can’t detect the sarcasm you’re misunderstood

Lockdown and the restrictions on life due to COVID-19 have put a strain on our young people, the music industry and arts & culture in general....

There have been tons of exciting additions to the Music Gateway website – including helpful new music tools for artists. With both fun and practical...