Lorde, the next young star, how can she avoid doing a ‘Britney’?

Lorde and Other Child Music Stars, what should she steer clear of!

Have you heard of Lorde? I’d find it pretty crazy if you hadn’t or at least heard of her song Royals, but if you haven’t she’s a 16 year old from New Zealand who has recently become the youngest person to reach the top of the Billboard 100 chart in the US, with some extremely impressive sales of 293,000 last week, which brings the total album sales of 2.7milllion. Pretty amazing right? 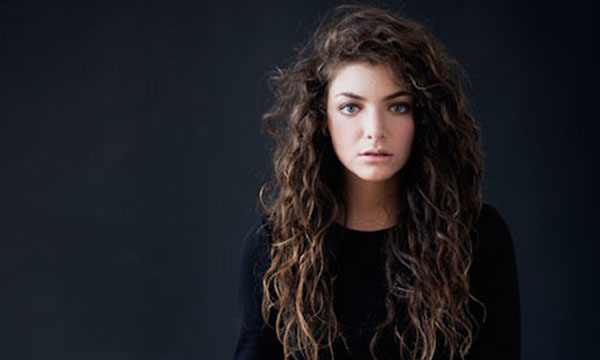 She’s already started throwing her weight around (supposedly according to American Press) when she ‘dissed’ Taylor Swift for being too perfect to be able to be a good role model for young girls, Selena Gomez for broadcasting an Anti-Feminist in the song title for her song “Come and Get it.”

Now Now Lorde, was there any need? You’ve only just started your career and the backlash has already begun with Joe Jonas, yes, that of Jonas Brothers fame (Didn’t even know they were still a thing but whatever) tweeting that

I’m not sure why Joe Jonas feels the need to stick up for those far more successful than him, but each to their own, anyway, I thought I’d run down the things she should try and avoid doing to cause controversy.

Now Britney has done a few things that could be on this list, but this is one of the craziest, one night in Las Vegas, she and childhood friend Jason Alexander decided that they’d do something crazy, and decided to get married, but pretty much straight after they decided enough was enough and 55 hours later, they were ex husband and wife!

The lawyer stated that the reasons for the annulment was that “Before entering into the marriage the plaintiff (Spears)  and defendant (Alexander) did not know each other’s likes and dislikes, each other’s desires to have or not have children, and each other’s desires as to state of residency.” I’m not sure about you, but I think I’d have to have a quiet chat with the person I’m marrying about what I wanted before deciding that wouldn’t you?

2.Spit out of the window at your fans.

Another child star that looks they are about to go off the rails is definitely Justin Bieber, and in his short career he has more than a few things that could be on this list. The one I have chosen though is spitting on his fans outside of a Toronto Hotel. I just don’t understand his rationale, he tweeted this the morning of the incident.

“I wake up this morning to this 🙂 Best fans in the world. #beliebers #sexyfans.”

And yet, he ends up spitting on his own fans, but the fact they don’t even care makes it even more gauling for me! I read a couple of tweets from Justin Biebers fans that said things like “@Justinbieber, please spit on me, I’m your biggest fan” and so on! I’m not sure how or why, but seriously ‘Beliebers’ (makes me shudder even thinking about saying/writing that) why!?

3. Twerk at an awards ceremony/ever?

Despite this, Lorde seems to understand the error of her ways, where she has clarified her comments about Selena and Taylor, when she says that she loves the Selena song “Come and Get It” but just cannot stand the message behind it.

Whilst writing a slightly longer blog about Taylor Swift comments she explains:

“I think I cocked that up a bit and what I said wasn’t put in context also. what I meant was: there’s a lot of importance placed on physical perfection in this industry, and I wish my favourite stars didn’t look perfect because I think fans (me included) have these feelings of worthlessness, like they’ll never be as pretty/talented/whatever, as a result of this intense photoshop culture and the endless strive for perfection. ts was the first person i thought of, which i regret.”

So there Joe Jonas, she wasn’t being mean at all, but just being young and opinionated, no need to get like that is there? Anyway, Lorde seems to have a good head on her shoulders and I think she’s going to be around for years to come, especially with a voice like this at 16! (Her hands are so distracting in the video it’s unreal!)