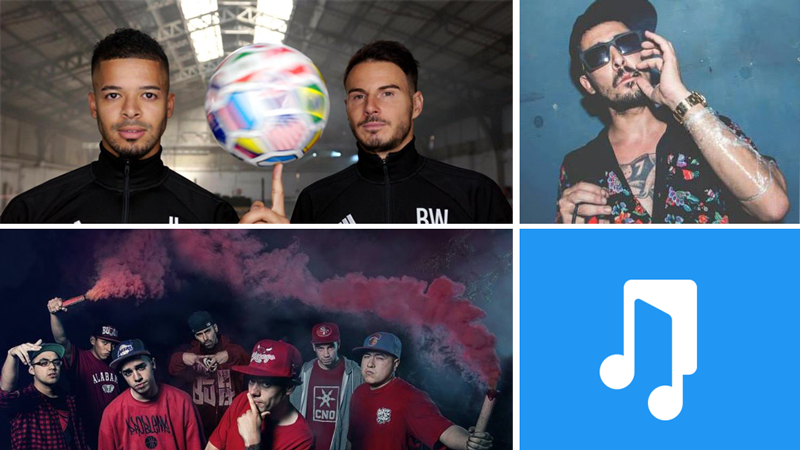 The two tracks both come from the Argentinian underground hip-hop scene. ‘7 Dias’ by Marciano’s Crew and ‘Frio’ by Frane made the squad and rightly so. Marciano’s Crew has been described as a unique artist, bucking trends to produce compelling hip hop. Frane meanwhile, epitomise the contemporary scene of Argentina’s southern region.

F2: Finding Football will see Billy Wingrove and Jeremy Lynch jet-setting around the world to various football hot-spots taking in the sights and culture of course, with a good amount of soccer shenanigans thrown in.

In a statement Wingrove and Lynch said:

“It’s been an unbelievable experience creating this series. Whether it be a loyal football fan or someone who’s never seen a pitch, this show will give an unforgettable glimpse into how our beloved game is played around the world, just as many of these incredible countries are about to play on football’s biggest stage.”

Check out each of the placements in the episode below:

As usual this Sync would not have been possible without the efforts of Sync Manager, Lucas Iliev, who said:

“This is a fantastic placement for the show and the artists. I’ve always been a big fan of the use of authentic era/region specific music in sync. They could have used any kind of hip-hop but going the extra mile to find something authentic is always worth it as it adds a lot to the experience.

“Being half-Argentinian myself it feels great to have helped represent some indie Argentinian artists and be part of a platform which represents artists from all over the world.”

The first episode is on YouTube for free, while the remaining episodes will be available with an upgrade to YouTube Premium.

If you’d like to your music in TV, film, video games and more, why not sign up for a free trial by clicking the button below? Or if you’re looking for quality music for your project, contact our concierge team.