Midem 2019 Is Just Around The Corner!

Midem 2019 Is Just Around The Corner!

With Midem 2019 fast approaching, it’s time to start making the preparations necessary to get the most out of it… This year, the landmark music industry event is set to be bigger than ever, with the chairman and CEO of epic records, Sylvia Rhone hosting a keynote conversation alongside Dina LaPolt, President of LaPolt Law and major entertainment industry figurehead.

This power duo will be addressing the global music community, as well as Rhone receiving the 2019 Midem Hall of Fame Award! Don’t miss out, this is definitely an event to put in your calendar!

Paris, April 24 2019 – Midem, the home of the global music community, today announces the powerhouse pairing of keynote Sylvia Rhone with Dina LaPolt at the 53rd annual industry conference and that Sylvia Rhone will receive the Midem 2019 Hall of Fame Award, in association with Billboard.

In her first ever keynote address Sylvia Rhone, Chairman & CEO, Epic Records (USA), will be interviewed by Dina LaPolt, Owner, LaPolt Law. P.C. (USA), in a truly unique conversation between two of the most powerful female influences in today’s music business, at Midem, on Wednesday 5 June 2019. Sylvia Rhone will also receive the Midem 2019 Hall of Fame Award in association with Billboard, during a dedicated event on Thursday 6 June 2019. 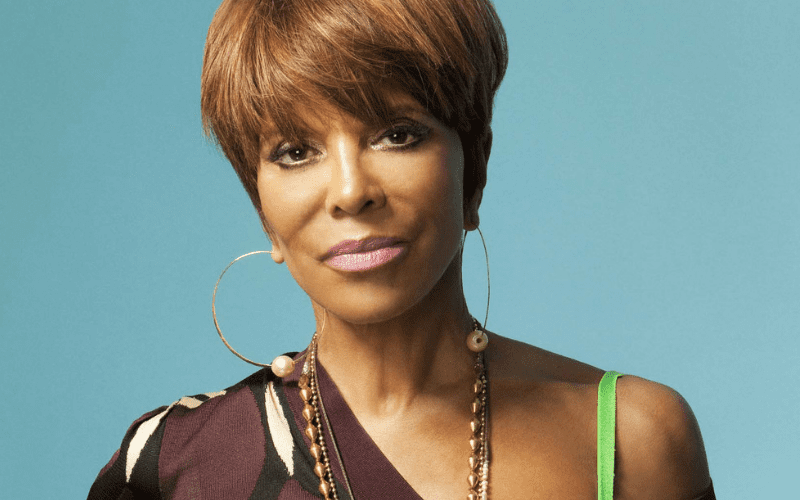 Another Major Milestone For Women In Music!

The first African-American woman to lead a major record label, Sylvia Rhone will share insights from her illustrious career with the equally impressive Dina LaPolt, named one of Billboard’s Executives of the Year in 2018, in recognition of her contribution to the Music Modernisation Act. Midem Director, Alexandre Deniot comments, “Sylvia Rhone is at the helm of one of the most exciting and dynamic labels in today’s ever-evolving music ecosystem.

The Midem 2019 Hall of Fame Award in association with Billboard, recognises her outstanding contribution to the international music business and her ability to build such an artist-driven label culture. Both she and Dina are two of the most inspiring and essential music executives on the global stage. As the artist and creativity are at the very heart of Midem, so Sylvia and Dina never cease in their efforts to protect creativity and generate the best environment possible for artists to thrive. So there is a great synergy between us and we can’t wait to hear what promises to be a hugely charismatic and enlightening conversation.”

Since taking on the position of President at Epic in 2017 and just this week announced as being promoted to Chairman & CEO of Epic Records, Sylvia Rhone has reshuffled the executive ranks and diversified the label’s roster, with signings including Tyla Yaweh, Peruvian singer A. CHAL, pop singer-songwriter AJ Mitchell and rapper G Herbo.

An advocate of equality and promoting women in music, she drives a label with an incredible stable of artists, from Travis Scott, Camila Cabello, 21 Savage, and Zara Larsson to Future, DJ Khaled, Meghan Trainor, French Montana and Sara Bareilles. Sylvia’s interviewer, Dina LaPolt, is one of the most prominent music lawyers in the business, representing many of the biggest names in music.

In addition, Dina is a fierce advocate for music creators and was not only a catalyst for the creation of the Songwriters of North America (SONA), but currently serves as the group’s attorney advisor. 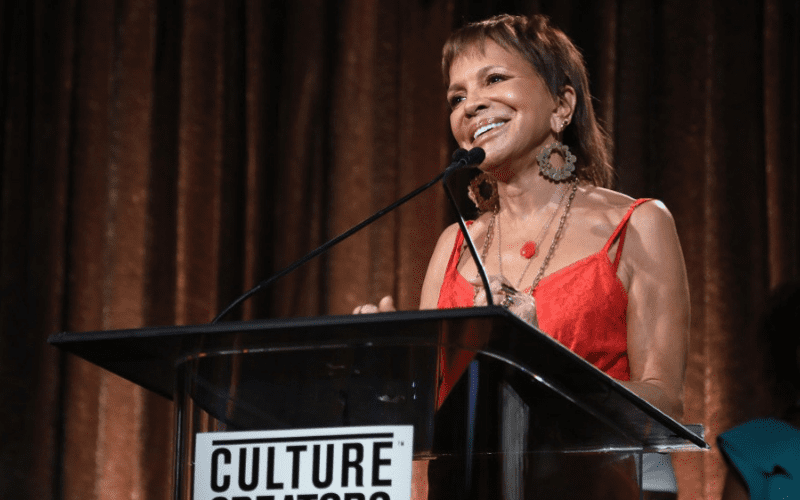 Sylvia and Dina’s keynote discussion will explore the ways in which artists and labels can navigate today’s complex music ecosystem. Paying special attention to the protection of artists and creativity, from two relevant and important viewpoints – Sylvia as a label exec, representing the recording side of the business, and Dina, representing the artist’s voice from a legal point of view.

The speakers will look at the implications of the perpetual rise in tech and streaming and the corresponding potential to break geographical barriers and create a truly global music marketplace. Further, the speakers will discuss how these elements and other factors will influence the future shape of the industry.

Both Sylvia and Dina are looking forward to sharing their insights at Midem. Sylvia says, “It will be great to speak to the music community gathered at Midem about the ongoing challenges and opportunities we all address together in this industry. There are so many breakthroughs revolutionising how we do business; we need to ensure our artists are always ahead of the curve.” Dina adds,

“Midem is the perfect forum to map the current landscape of the industry and define where we need to go next to help artists and creators continue to succeed. In an ever-evolving sector, we have a responsibility to both protect our artists and to equip them with the tools to take full advantage of all the advances being made in the business.”

In 1994, Sylvia Rhone became the first African-American woman to lead a major record company when she was appointed chairman/CEO of Elektra Entertainment Group. Rhone was widely credited as changing the label’s culture for the better. She oversaw a broad roster, ranging from Metallica, AC/DC, Staind and Pantera to Björk, Tracy Chapman, Jason Mraz, Busta Rhymes, Missy Elliott, Ol’ Dirty Bastard and Yolanda Adams. Her staff, she says, “was just as diverse as our roster.” 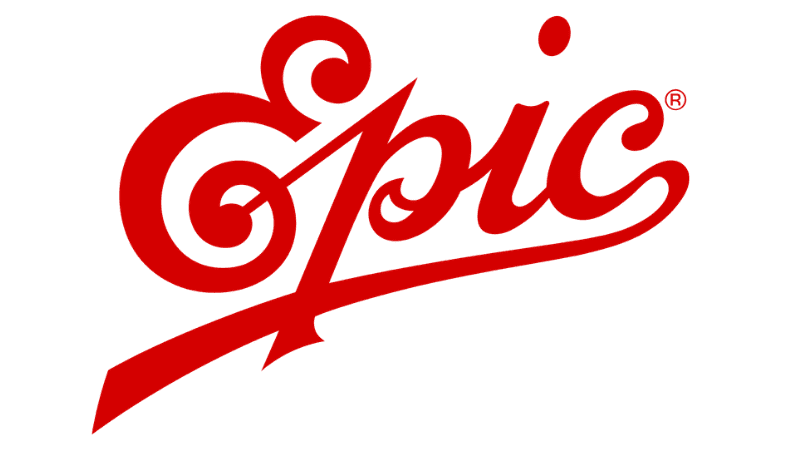 Epic Records was established in 1953, predominantly as a jazz and classical music label. It later expanded its scope to include diverse genres including pop, R&B, rock and hip hop. Over the years, the label has housed popular acts such as Boston, Celine Dion, Dave Clark Five, Fiona Apple, Gloria Estefan, Jennifer Lopez, Michael Jackson, Pearl Jam, Sade, Shakira and Sly & the Family Stone. 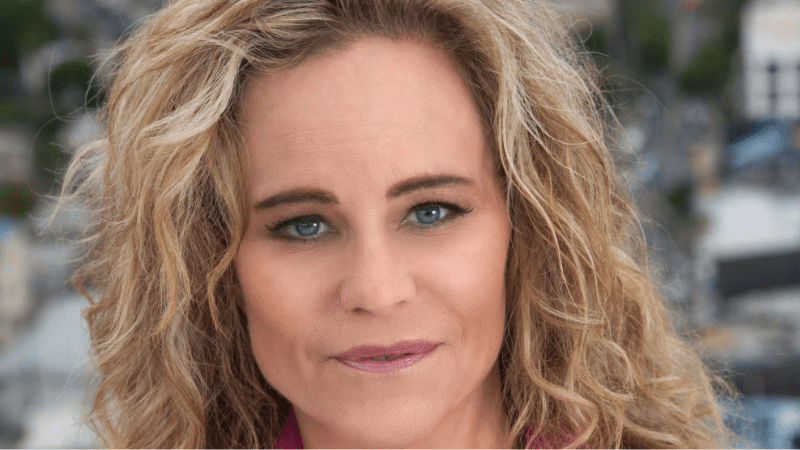 Dina LaPolt, Esq. is the owner of LaPolt Law, P.C., a boutique transactional entertainment law firm in Los Angeles that specialises in representing music creators, many of whom tour all over the world.  She is an expert at strategizing and solving complex and sophisticated legal and business issues relating to contracts, copyrights, trademarks, publicity rights and litigation. LaPolt’s accolades include being named in Billboard’s Power 100, Women in Music, and Music’s Most Powerful Attorneys; the Hollywood Reporter’s Top Music Business Attorneys; and Variety’s Legal Impact Report and Women’s Impact Report.  Notably, Dina earned recognition for her work on the MMA as MIDEM’s as 2018 Top Lawyer, one the 2018 Executives of the Year for Billboard’s Women in Music, and the Recording Academy’s 2019 Entertainment Law Initiative’s Service Award recipient.

Midem is part of Reed MIDEM, a global leader in the organisation of international professional markets in music, television and digital content industries (MIPTV, MIPDOC, MIPCOM, MIPJUNIOR, MIP China and MIP Cancun) and real estate sectors (MIPIM, MIPIM PropTech and MAPIC). Reed MIDEM is a subsidiary of Reed Exhibitions, the world’s leading events organiser, with over 500 events in 39 countries. In 2017 Reed brought together over seven million event participants from around the world generating billions of dollars in business. Today Reed events are held throughout the Americas, Europe, the Middle East, Asia Pacific and Africa and organised by 38 fully staffed offices. Reed Exhibitions serves 43 industry sectors with trade and consumer events. It is part of RELX Group, a global provider of information and analytics for professional and business customers across industries.

Going to Midem this year? Here’s your chance to meet the Music Gateway team! Whether you’re trying to get your foot in the door of the Music Industry, or are keen to learn more about what we can do for you, head down to Annex Beach on 6th June and let’s have a chat!

Want to know how to make the most of Midem? Find out how hip-hop artist Brian Alejandro’s experience was at Midem last year, after winning our annual Midem ticket giveaway!

See our blogs to stay up-to-date with what’s been going on at Music Gateway and for the latest industry news!