Miley Cyrus (and others) vs. The WORLD!

So after the Miley Cyrus v. Sinead O’Connor argument his weekend, which you can see the full explanation of here. There is also another pop star from the 80’s, Annie Lennox of Eurythmics fame, telling us that music videos are overly sexualised. 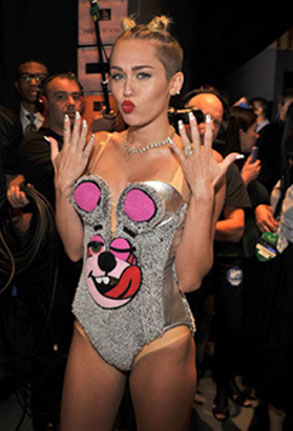 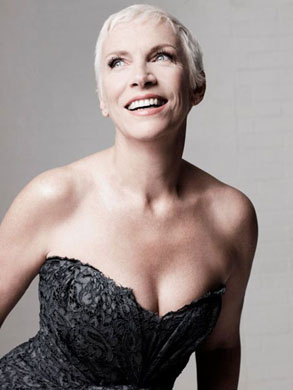 On her Facebook page she wrote “As if the tidal wave of sexualised imagery wasn’t already bombarding impressionable young girls enough… I believe in freedom of speech and expression, but the market forces don’t give a toss about the notion of boundaries. As long as there’s booty to make money out of, it will be bought and sold. It’s depressing to see how these performers are so eager to push this new level of low.”

Very powerful sentiment isn’t it? It’s also not hard to guess who she’s talking about is it? With Miley Cyrus causing all kinds of furore over her music videos and performances, and Rihanna’s new video causing uproar as well, which you can see here. You can sort of understand where she’s coming from, young girls look up to these stars as idols, and they’re bound to take some of the stuff they say and do on board, it’s just natural.

It’s not just young girls looking up to these idols either, when I was growing up, My Chemical Romance had a campaign set up by the Daily Mail (YUCK!) against them with the Mail saying that “no child is safe from the sinister cult of Emo” so it’s not exactly a new phenomenon that people have been castigating musicians for music video’s it even goes back to the days of Elvis and The Beatles.

Though it feels different this time, to me, it seems that the marketing/labels etc. who are putting out this music are aiming it at young girls, whereas MCR clearly weren’t marketing it to one specific age range, and I think Annie and Sinead have also picked up on this fact.

But, would this all be a bit pointless? Teenagers and the people that want to see these videos would surely just find a way around seeing them anyway, it’s not like film age range rules have stopped people seeing films that aren’t deemed appropriate for their delicate eyes and ears. In fact, in the case that a film has been brought out that has been deemed by the powers that be that only over 15’s can watch it, when it is aimed at a younger audience, the board just changes the rules anyway and brings out a new rating of 12a so that the makers bosses don’t get angry at them. I’m looking at you makers of first Spiderman and the British Board of Film Control!

Despite this, films are a slightly different thing, in the fact that they usually cost tens of millions if not hundreds of millions of dollars to make, and even the most expensive video in history, Michael & Janet Jackson’s ‘Scream’ only cost $7,000,000 dollars (around $12,000,000 with inflation today), and looking down the list at the most expensive in history, most of the videos in that list were before piracy of music meant that labels stopped spending money wildly on stuff they thought they didn’t need. An extravagant budget on a video nowadays is nowhere near as much as that.

What are the chances of these rules actually coming in though? The answer to that question is virtually 0%, the reason for this is because the music labels are too large and powerful, and the amount of exposure that they get for controversy is absolutely ridiculous, would anyone here who wasn’t a teenager at the time of Hannah Montana actually care about Miley Cyrus if she hadn’t done THAT VMA performance? Or if she hadn’t stripped naked in the ‘Wrecking Ball’ video, would we still care about Rihanna if she hadn’t of been so controversial in her career with her sexy videos such as Rude Boy, though this also isn’t a new thing, Britney Spears, 1996, Schoolgirl outfit, we ALL Know that video and the reason it got so much airplay back then was because of the video and she’s at it again in this new video.

Controversy sells, and unfortunately, that’s the way it’ll always be!