Here at Music Gateway we have long been an admirer of Ann Nesby, with a career spanning over two decades she has worked alongside a who’s who list of talents in the world of theatre, film, and music.

Nesby’s illustrious career started at the close of the 1980s when she joined the Minneapolis based soul band the Sounds of Blackness. She eventually became the lead vocalist and under the auspices of music industry icons Jimmy Jam & Terry Lewis, Nesby’s vocal dexterity and songwriting aptitude garnered the group a bevy of hit singles, international prominence and two Grammy award wins in 1991 and 1993. Nesby also worked alongside international superstar STING on the 1993 title track “Demolition Man” for the blockbuster film of the same title featuring Sylvester Stallone and Wesley Snipes. 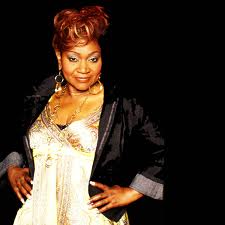 By the mid-90s the Sounds of Blackness had amassed awards, international recognition, and critical acclaim, climbing the ranks from a onetime local music group to launching their first major tour with R&B crooner Luther Vandross to performing to an international audience for the 1994 FIFA World Cup.

Nesby has also penned hit songs for R&B/Soul divas Gladys Knight (“Home Alone” from Knight’s chart topping 1994 ‘Just For You’ album) and the “The Right Kinda Lover” and “Someone Like You” from Patti Labelle’s top selling albums ‘Gems’ (1994) and ‘Flame’ (1997).

By 1996 Nesby had left the Sounds of Blackness and released her debut solo album ‘I’m here for you’. The album was a beautiful musical tapestry of R&B, Gospel and Dance music and spent an impressive 60 weeks atop the R&B best-selling album list.
Going into the 21st Century Nesby released here first Dance anthology ‘The Dance Essentials’. The album showcased a few of Nesby’s top charting single remixes such as  “Love is What We Need,” and “Can I Get a Witness,” and included production by some of the world’s most noted DJ’s and producers – Mousse T, DJ Mijangos, Steve “Silk” Hurley, and Thunderpuss to name but a few.

Next, in 2003, Nesby made her motion picture debut scoring the supporting role of Aunt Sally Walker in the hit musical comedy ‘The Fighting Temptations’ which also starred Cuba Gooding Jr and Beyonce Knowles. That same year she returned musically with the release of her third album, the inspirational treasure chest of urban grooves entitled ‘Make Me Better.’ Despite modest promotion and radio support, the album garnered Nesby yet another Grammy Nomination for Best Contemporary Soul Gospel Performance in 2004. A year later she was nominated once again for a Grammy, Best Gospel Performance for her work on ‘The Fighting Temptations Soundtrack’ for the duet “The Stone” with Gospel legend Shirley Caesar.

With a career total of two Grammy wins and six Grammy nominations Nesby is highly acclaimed by her peers and draws fans from all over the globe. She has successfully chartered the waters of music, theatre, and film. With each song she sings and each new role she undertakes – Ann Nesby personifies creative longevity unlike no other. Music Gateway has been in touch with Ann and would love to work with her in the future……so……watch….….this….….space!