It was a pleasure to be invited by Hunter Williams, the Executive Director of the PMA (Production Music Association) to attend this year’s NAB Show in Las Vegas and present to the technical board of directors and showcase Music Gateway and the benefits to production music publishers. 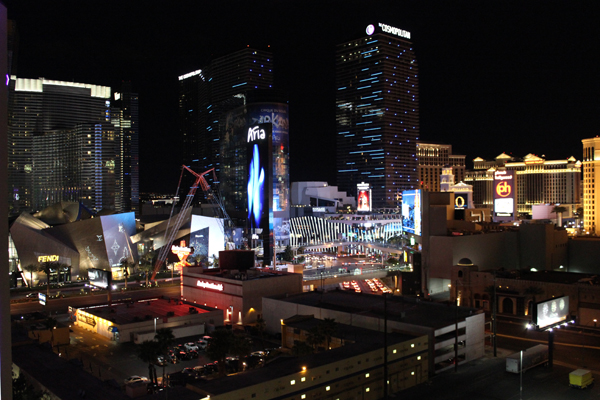 My presentation was well received and I received some great feedback, one company APM Music, who work closely with EMI Productions in the UK said that they have been looking for a solution for the past three years, to be able to project manage their briefs and music submissions from their writers.

There is of course the ability for publishers to reach out to the thousands of composers, musicians and songwriters and sign music to their catalogue.

Having arrived late on Saturday 5th April, I skipped the high life and crashed ready for a new day, the direct flights were in short supply due to the late booking, so my journey saw me take a connecting flight from LAX in Los Angeles.

Sunday morning I awoke at 5am, slightly jet lagged but my body clock was telling me it was time to roll. The weather was hot, about 80 degrees, so I started the day with a brisk walk downtown LV.

Following a successful pitch to the PMA Board, I was introduced to Erin @ SESAC, a PRO (performing rights organisation) based in the USA, they have 25,000 songwriters.

Monday the 7th saw the start of the conference and my only words to describe it, is HUGE. The conference is split into various categories with each hall dedicating itself to everything broadcast related.  The sheer scale of the conference became very apparent when I arrived at the convention centre, they quoted 20,000 attendees and it was no surprise that the whole event was buzzing right from the word go.

As far as the Music Industry goes, the main reason for attending was to meet all the PMA board members and the large number of production library publishers who attended, many of which were exhibiting in the south hall.

I was introduced to Cassie Lord, the president of 5 alarm music,a long established industry veteran and was invited to attend to their party at the Palms Hotel. We found ourselves taking the lift to the 52nd floor and wow, what a view. As you can imagine, networking, drinks and even some US 8 Ball pool were on offer, how could I refuse.

During the course of the next 3 days, meetings with ASCAP VP Shawn Melone, PMA‘s Hunter Williams and various meetings, the conference has been a great success and worthwhile trip.

I had never been to Vegas before, and it is how you would imagine, OTT and any opportunity to market you an offer to sell you a discount, it’s done as par for the course. Big, Bold and Brassy, Vegas is all things party and lives up to its reputation.

Depending on your role and goals within the Music Industry, I would say that the NAB is 25% worthwhile as it is mainly focused on broadcast related products and software. If you like looking at the latest 4K TV’s and green screen technology, then it’s a sure thing.

One thing is for sure, you will have a good time and the weather is fantastic. Bye for now Las Vegas, Music Gateway just left the building…