Paul Baggott on Getting Hired through MG and His Creative Future

The best thing about hearing Paul’s story is that it’s an ongoing positive journey. Joining the platform at a time when the username ‘Paul’ was still available, he’s made numerous connections and gained work as well as success through our creative platform.

“I am a music producer and I find Music Gateway’s platform an ideal way to gain more clients.“

The first pitch I won was to produce Jimi Scully’s song “Learning to fall”. Jimi lives in the Netherlands and the project went smoothly and without any problems. I produced the song using some of his audio and he ended up with a fully produced, mastered track with my vocals. Since then I have produced well over thirty of Jimi’s songs. 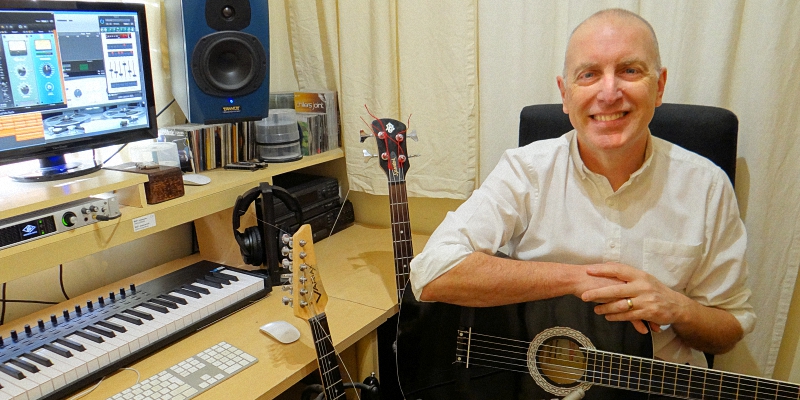 In the past I have ‘cold called’ people on sites like Reverbnation and offered to produce their tracks, usually the first one for free to reassure the prospective client. Understandably, the artists and writers were initially suspicious when I approached them and I always felt uncomfortable doing it. Music Gateway offers a legitimate ‘safe place’ for both hirers and providers. Somewhere that is designed to ensure as much as possible that nobody gets ripped off and/or is out of pocket.

“I have gained five times as many new clients from Music Gateway than I have from any other method.”

A New and Interesting Future

I also intend to look more closely at the Sync Portal which I am ashamed to say I haven’t yet sorted out. I have produced a number of songs for a client in the U.S. of which a number have been shortlisted for opportunities posted on the Sync Portal. It seems churlish not to try my luck with my own material doesn’t it? That’s definitely my next step.

So, what are you waiting for? Sign up now and start collaborating.