I was fortunately invited yesterday (5th June 2013) to the annual AGM for PPL The setting was at Kings Place, Kings Cross, London for the nonprofit organization’s annual outing. In case you aren’t aware they collect royalties on behalf of master rights holders’ resident in the UK. When I say, Master Rights Holders, what I mean in layman’s terms is anyone who owns their own music or owns recordings under a company record label, this includes performers and DJ’s, but you do have to registers… it’s free by the way.

Let’s get into the thrust of the AGM, very well organized and presented event by all the PPL heads and guest speaker Jeremy Vine, who for his sins, gave us a fascinating insight into his musical beginning from the age of 11 listening to Capital FM from his bedroom. You may not know this, but his Radio 2 show get’s just shy of 8 million listeners, not bad Jeremy, boy done well.

Chairman Fran Nevrkla, whose previous role as CEO over the past 13 years has to take much credit for changed PPL beyond recognition, as PPL have previously been described as a limping donkey, it’s now a well battle hardened warhorse, collecting over 170 million in royalty revenues in 2012, their biggest ever figure to date.

One thing that struck me about Fran was the absolute fundamental attitude towards the rights of the copyright holders, he mentioning something which echo’s my own personal take on the value of music.

Fran mentioned the term “Playing” musicians play music, which would seem to imply it’s a past time, something people do for fun rather than work. Only last year Fran advised, the Olympic committees were very keen to ask all the artists to perform and “PLAY” for free…  WHY FREE we all cry, every other bugger is getting paid, why not the artists / musicians? Ed. He didn’t swear, but I wanted to swear for him.

He went on to express his disappointment with some people’s attitude in government, business and general public, that Musician’s and Music should be free. NO it shouldn’t be free, it takes an immense amount of hard work, talent and downright luck at some stages to make it in the music industry, an industry which brings in millions of £ in revenue to the tax coffers and raises the global profile of the UK PLC.

Fran when on to suggest we change the terms for some of our roles, such as Trombone Operator, or Saxophone technician, you get the point.

In summary PPL do a great job and continue to lobby the UK Government to acquire more support surrounding Copyright law and powers to take action against infringements.

If you own your own music and it is performed anywhere in the Public domain, you need to get yourself registered on PPL for free, if you are a performer on a record, e.g a session musician, singer etc you also need to get registered for free and start earning money from the work you have provided. 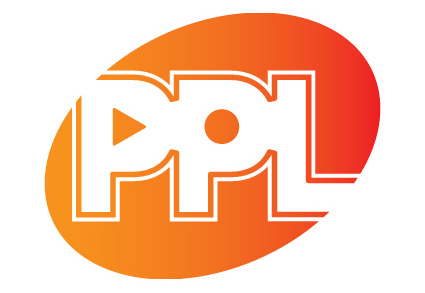 Go to www.ppluk.com and get yourself register, that’s our advice.