In the history of hip hop we have seen countless feuds between rappers. Best friends have become bitter enemies and bitter enemies have come close to killing each other, but in the case of 2pac and The Notorious B.I.G, it ended in both of their murders, although we still don’t know if their deaths are related to their beef. After the death of Biggie Smalls, the position of best rapper in New York, or the ‘King of New York’ was up for grabs. This in turn started a feud between Nas and Jay-Z over who would be the successor to Biggie, and changed the face of rap beef.  Instead of the violence and death threats that surrounded the Biggie and Pac beef, both Nas and Jay-Z’s careers benefitted from their feud, as it guaranteed that their names were always in the news and also provided good entertainment for both of their fans. 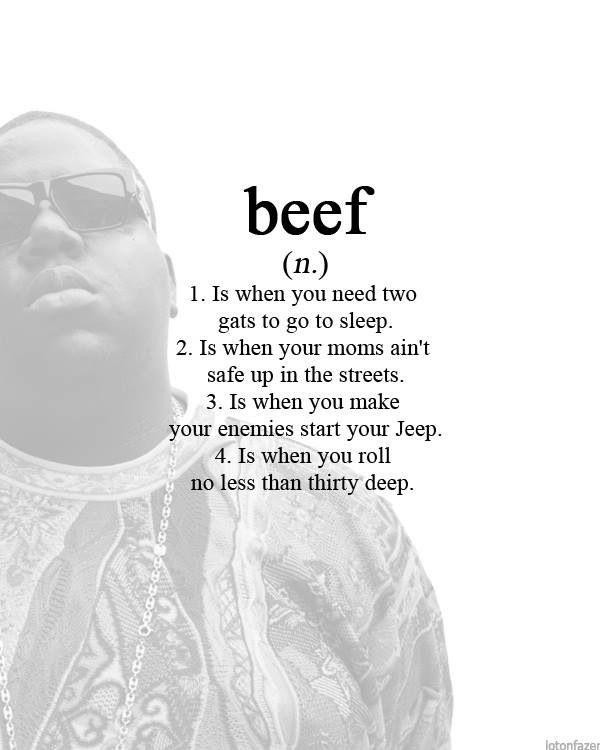 Since then we have seen many feuds between rappers, especially with the rise of social media such as Facebook, Twitter and YouTube. Instead of just reading about who has beef with who, we can watch it live as it happens. If two rappers have an argument or fight in a club or on the street, we can watch them through someone’s iPhone recording on Youtube, and then watch as they carry on bickering when they go home and take shots at each other over Facebook and Twitter. We can even take part in their argument by posting our thoughts and comments on their Facebook and Twitter pages, encouraging them to argue or even harass them ourselves. Rap beef has now evolved to become a tool to keep your name spreading around social media. 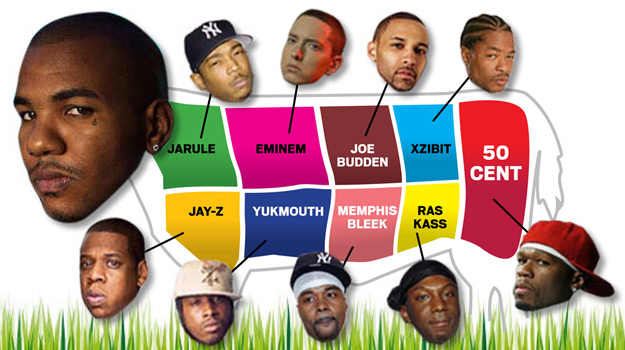 In the last week we have seen the latest incarnation of rap beef, between West Coast legend Snoop Dogg and Australian newcomer Iggy Azalea. While Pac and Biggie’s beef started off with Pac getting shot five times and robbed at a recording studio in New York where Biggie was recording, which he blamed Biggie for, Snoop and Iggy’s feud started off with Iggy Azalea walking down the street with no make up on. This prompted Snoop to post a picture on Instagram of an albino with blonde cornrows with the text ‘Iggy Azalea no make up’. After some responses from Iggy (over Twitter of course), Snoop posted another picture on Instagram comparing Iggy to Marlon Wayans in the film ‘White Chicks’.  Cue more posts on Twitter from Iggy asking why Snoop is being so mean followed by a short video of Snoop swearing. This beef didn’t end in bloodshed however, it was ended when rapper TI (the ‘King of Atlanta’, and Iggy’s old boss and mentor) phoned up Snoop, who later made an apology video. 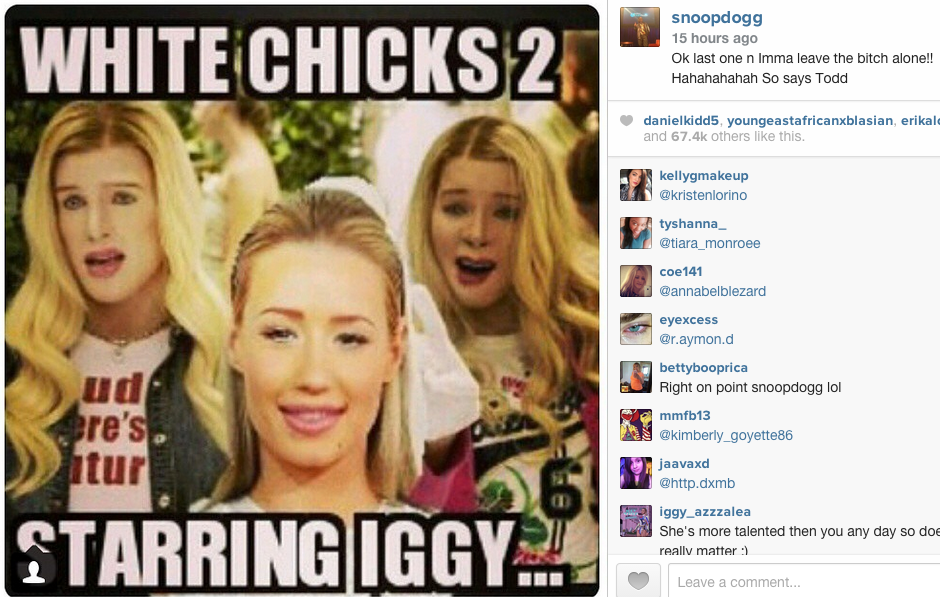 While this little fight between them seems tiny and insignificant compared to rap beefs in the past, it has gained a huge amount of attention. It could well be playful banter between friends which has been blown out of proportion by their followers on social media, or it could be a calculated plan to boost Iggy’s media coverage before the American Music Awards next month. Maybe we will see a reconciliation between the two live on television. Whatever the case is, we can definitely see how far rap beef has evolved. Instead of rap battles on the streets, diss tracks and gunfights, shots are now fired over social media where fans can now watch as well as take part in the action.