Should Musicians Be Paid For Track T.V Placements? Whitey Strikes Back 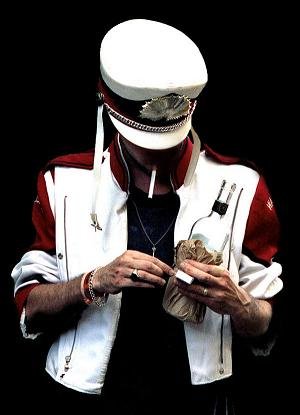 He wants us to share this so we’re going to do just that. To give you a brief idea of what has happened Whitey was recently approached by large TV production company ‘Betty’ who in short asked to have use his music for no cost to which Whitey gave a clear “NO!”.

He highlights a brilliant issue in the perception of value in music today. Firstly, see it for yourself with the below emails which were shared over Whitey’s Facebook page for full public viewing.

Firstly what strikes me is the line “we don’t have any budget for music”. I mean seriously? They are a large company. I’m sure they have a budget for everything else, if music is going to be a contributing factor to the T.V show they wish to use Whitey’s music on then they should make the budget for it. This point and many others are stated in Whitey’s email response which I’ve included below.

It’s an impressive email to say the least and one that is well needed. The devaluation in music has been an issue for years now but it doesn’t mean that musicians should simply just accept this and always settle for ‘free’.  They should be paid like everyone else.

I usually hear the argument from companies stating that free music placement is still good promotion. Yes, this is true. But it should be a contributing benefit to a TV sync placement and not the only benefit. In the end the song is still helping the popularity and likeability of that TV show so shouldn’t the artist/band that recorded that track share in that benefit? If successful they will receive income from the TV show meaning there surely is a possibility for the music budget to be taken from the shows income; if not paid before the song placement they can surely be paid after?

Unsigned/less well known bands do benefit from promotion through free sync placements and would be stupid to turn down a good opportunity if they were given it but I argue they should still be paid something for it at the least even if the amount is still small, it’s still something.

Now a larger artist such as Whitey doesn’t need the promotion as much as a small time band/artist does, surely he is at the point where payment shouldn’t be questioned? Many small time bands and artists still have part/full time jobs to keep them going as music doesn’t pay at low levels but this is no reason to suggest that larger artists should do the same. They make the music we love and this is a full time job in itself and they should be taken seriously and paid correctly. This way they can continue to operate and have the time and money to make the music that keeps you and me going through the week as opposed to finding out their new album isn’t possible to make because they are too busy with their retail job because they shouldn’t expect payment from their music and have to find other forms of income. Surely this isn’t what is expected of large companies such as Betty?

It’s disgraceful and I fully support Whitey in this.

So what are you views on free music for synchronisation opportunities? Should this be allowed in a ‘free’ industry or is the line being crossed and in need of reinstatement? Leave your comments below and share and tweet this about and as Whitey says spread the word!