We’ve just heard that Spotify has announced it will be raising it’s Pay Per Stream from 0.0007p to 1p actually giving their artists a chance to make a living from the service. This has prompted Thom Yorke, whose band Radiohead officially boycotted the service to get straight back on the music streaming platform. 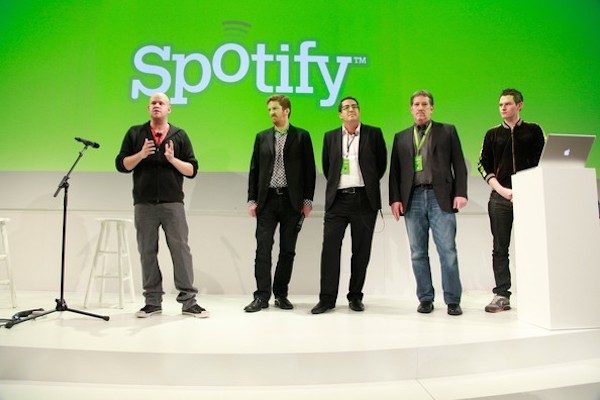 This is a brave move for Spotify as there has been a lot of controversy surrounding the Pay Per Stream with the music industry in general. However we think the response from the music industry will more than make up for the sheer mass of streams they will be getting because of the PR move.

Watch a video of Spotify announcing the descision here:

Thom Yorke was quoted in the end of 2013 as saying

“I feel like the way people are listening to music is going through this big transition. I feel like as musicians we need to fight the Spotify thing. I feel that in some ways what’s happening in the mainstream is the last gasp of the old industry. Once that does finally die, which it will, something else will happen. But it’s all about how we change the way we listen to music, it’s all about what happens next in terms of technology, in terms of how people talk to each other about music, and a lot of it could be really fucking bad. I don’t subscribe to the whole thing that a lot of people do within the music industry that’s ’well this is all we’ve got left. we’ll just have to do this.’ I just don’t agree.”

Dave Stewart disagrees with Yorke and sides with Spotify, saying:

Thom Yorke made a mistake there, him and Nigel Godrich. They were misinformed. I think they just suddenly got a bee in their bonnet, because Spotify is one of the few companies that is transparent and actually pays properly — as a songwriter you should worship Spotify, because they’ve come along with a solution. … It’s a volume business. If [Spotify] had 100 million subscribers, which is possible, the payment [for the Eurythmics catalogue] would be equal to the band’s income back at the peak of selling.

Since Spotify’s change of rates, more and more artists are signing up to the service, creating the view that the company has less than a year before dissolution and bankrupcy. Though as many arists are saying “At least they did the right thing”.

What are your views on the Pay per stream change? Let us know in the comments.