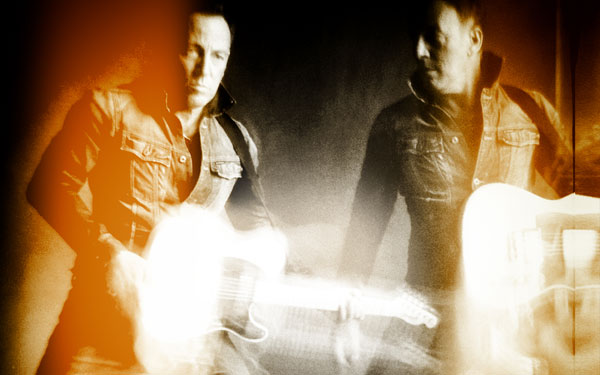 The UK chart results last Sunday saw Bruce Springsteen hit the No. 1 album spot for the tenth time with his new album, “High Hopes”. That statistic means he has beaten Queen, Abba and Michael Jackson who each had nine chart topping albums. The Boss only needs to have five more No. 1’s to equal The Beatles’ tally of 15.

High Hopes is a different type of album as it is a collection of cover songs, outtakes and re-imagined songs from past albums and tours. It’s nice to see that it isn’t just another regurgitated greatest hits album! Rolling Stone quoted him as saying, “The best way to describe this record, is that’s it’s a bit of an anomaly but not much. I don’t really work linearly like a lot of people do.” The album also features Tom Morello of Rage Against the Machine who has joined the E Street Band as a regular. Contributions from the late Clarence Clemons and Danny Federici who were previous members of the E Street Band were also included.

The album was only released in the UK on 14th January and within a week it was top of the album charts. Clearly he is still a very popular artist! This album follows on from his previous release called Wrecking Ball (not to be confused with anything to do with Miley Cyrus) which also hit the top spot just two years ago.

High Hopes has knocked Ellie Goulding’s “Halcyon” album off the top spot, which incidentally has a number of release versions. “Halcyon” was released in 2012 and has a re-release called “Halcyon Days” and a deluxe version of the re-release! Do you think that is a little bit excessive by the label? Are we looking at a future of re-releases and cover albums making it to the top of the charts regularly? Let us know your thoughts on this.

High Hopes is Springsteen’s 18th studio album to date and there doesn’t appear to be any sign of him slowing down any time soon. Are you a Springsteen fan?