Strictly Rhythm, the influential House label, hails from over the pond in sunny New York. Set up by Mark Finkelstein and Gladys Pizarro in 1989, it has had its fair share of ups and downs over the years but, in 2006, Finkelstein finally obtained the rights to the Strictly Rhythm catalogue, teamed up with British House label Defected to relaunch in 2007. They released a selection of tracks for online download, took on a bunch of new productions and then, three years later, opened up a London office in Goswell. 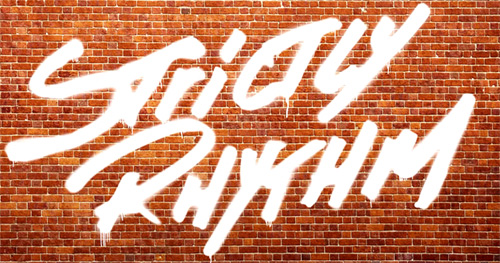 Now the label is acquiring both old and new artists through its joint venture label, the Strictly Rhythm Music Group. This new conglomerate has over twenty labels spanning the US, UK, Germany, the Netherlands, France, Australia and Ireland with offices in Rome and Berlin, on top of the London and New York ones. Recently, only in January this year, BMG Rights Management agreed to acquire the Strictly Rhythm catalogue and publishing rights showing that they are becoming pretty big news on the global music industry scene.

The catalogue that the original label had was impressive. It arguably defined the House genre throughout the 1990s with such names as Erick Morillo, Todd Terry, Louie Vega, Kenny Dope, Armand Van Helden, DJ Pierre, Roger Sanchez, Barbara Tucker amongst a string of other House-hold (cheeky pun) names. Similarly, they feature crossover tunes that are part and parcel of a big night out such as Reel 2 Real’s I Like To Move It, Planet Soul’s Set You Free, Ultra Naté’s Free, Wamdue Project’s King Of My Castle and Wink’s Higher State Of Consciousness.

The group also push out a Strictly Rhythm podcast which is free off iTunes. Hosted by Dave Lambert, it brings some of the best House previews: Whilst it is not hard to get a hold of music these days, it is sometimes difficult to discover emerging, underground talent so these shows, sprinkled with great banter and some classic beats, are worth getting a hold of for the very reasonable price of free! https://itunes.apple.com/us/podcast/strictly-rhythm/id310588894.

With an ever increasing plethora of both respected and fresh talent, Strictly Rhythm Music Group are set to become an even bigger player in the global House movement. One to watch and definitely one to tactfully edge your beats towards…