Summertime is festival time… so why not try Spain? (Mud not included) 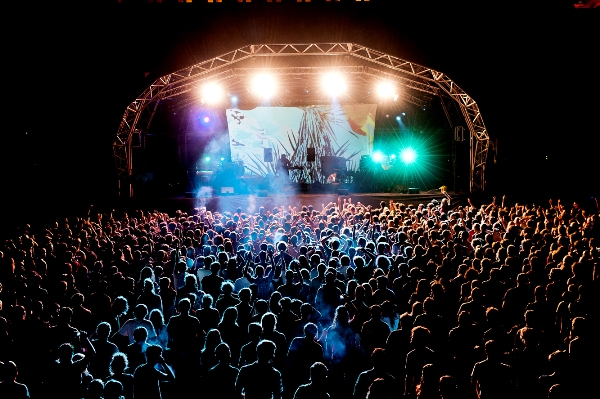 The UK’s music festivals are renowned worldwide for their legendary and extensive line-ups, so whether you’re into rock, pop, dance or jazz – the UK festival scene is guaranteed to deliver. The most decorated festivals of the year include, Reading & Leeds, Download, Glastonbury and the Isle of Wight Festival. But this is probably old news to you readers out there and this post is therefore not intended to endorse the UK music festival industry. Instead of boring you to death with information you already know, we intend to broaden your musical horizon by flying south – to Spain, where the numerous music festivals offer a line-up, which guarantee to have you dancing ALL SUMMER LONG.

Just like the UK, Spain has a remarkable list of rock, pop and dance festivals – but different to festivals as we know them in the UK, – there are certain traits that are common amongst Spanish festivals that make them stand out.

Firstly the weather is almost always incredible, but even if it does rain then sometimes this is appreciated in 30 degree heat! Secondly, tickets are cheaper than most UK festivals – Primavera & Sónar, 2 of the biggest festivals in Spain, being equivalent to roughly £155 and Low festival roughly £60. Compared to some of the UK’s biggest events, tickets in 2014 for V festival are £200 with booking fees and Glastonbury was well above this, this is incredible for the experiences you’ll have. You will need to factor in travel costs as well, but travelling to Spain from the UK can be relatively inexpensive, and the cost of living in Spain is considerably lower.

Which brings us to point 3; almost everything is cheaper! I am well used to paying £5.00 for a lukewarm beer at a festival in the UK and £5.00 for a burger with no cheese, in some cases more than that. However, whilst prices are inflated within Spanish festivals as at most around the world, you can expect to pay between €2-4 Euros for a beer, whilst food is also relatively cheap and also wonderfully delicious almost everywhere, and with the continuing strength of the Pound v the Euro, you can be sure you will get more bang for your buck.

Here we take a more detailed look at some of the most prominent festivals from around Spain.

One of Spain’s biggest music festivals, Festival Internacional de Benicàssim (FIB) is certainly true to this timetable. Set in the picturesque seaside town of Benicàssim on the East coast of Spain, this festival has attracted British revellers in their thousands for many years now, with a combination of consistently stellar line-ups and the imperious weather to thank. Not only do British tourists descend on the sleepy seaside town, but party-goers from all over the world too giving the festival a truly International feel.

What makes FIB so appealing is the entire package – not only is the music incredible, this year’s highlights included Kasabian, The Libertines, Jake Bugg, Chase & Status and many more – but coupled with the incredible 8-day camping pass, and the late start to the acts (typically around 9pm until 7-8am!), your days are guaranteed to be filled with lounging at the beach in the sun and your nights music-fuelled revelry!

Benicàssim holds true comparison to UK festivals in that it offers traditional camping in the form of 2 huge campsites; however you may want to consider that temperatures can reach upwards of 40 degrees in the Spanish summer and first –hand I can tell you that this can be detrimental to your sleep in a tent! 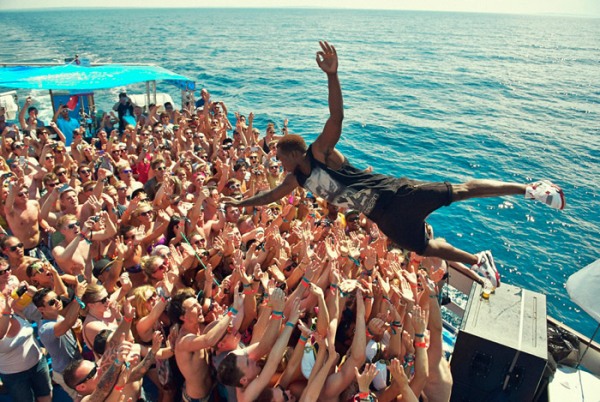 Priced at £159 for the 8-day camping pass, this is one of the pricier Spanish festivals when you consider travel and living costs on top – but with a line-up any UK festival would kill to have alongside the beautiful weather and beach setting, it is a holiday and festival experience all at once!

Whilst FIB holds comparisons to UK festivals with the camping options and huge amount of Brits in attendance, there are plenty of other options around Spain to sink your teeth into that are perhaps less ‘tourist-y’. The beautiful city of Barcelona plays host to 2 of the biggest events in the Spanish music festival calendar; Sonar and Primavera Sound.

Both of these events are held within the City limits and are without any traditional camping options, leaving you to seek accommodation within the City or surrounding areas. Primavera Sound is held in a purpose built outdoor area called the Forum, originally built for an International convention but now more famously regarded as the site of Primavera! With not a single speck of mud in sight within these gorgeous auditoriums and amazing views of the artists, this festivals location is truly awe-inspiring.

What makes Primavera’s venue especially appealing, particularly to a UK festival veteran such as me, is the difference between facilities – clean toilets are aplenty, as are real bars that may be a touch on the expensive side but offer a welcome respite from plastic cups in the mud! Not only are these awesome features, but it also hosts one of the most incredible line-ups of any festival in Spain with this year’s headliners included Arcade Fire, The National, Nine Inch Nails amongst others. The venue is around a 50-minute walk from the city centre, but is easily accessible by various public transport with a close-by metro station and regular buses and trains.

As illustrated by the aforementioned headliners, Primavera Sound is more focused on ‘band’ music, or rock ‘n’ roll baby! Sónar is a somewhat stark contrast in terms of genre, and instead offers up a mouth-watering array of the world’s greatest electronic and dance artists. What makes Sónar so special is its format as the festival is split across 2 separate events aptly named, ‘Sónar By Day’ and ‘Sónar By Night’. The day event is hosted in the open-air Fira Montjuic conference space located in the heart of Barcelona, and it carries the buoyant atmosphere that comes from being in such a city centre location. By night, you jump the shuttle bus to the futuristic arena, Fira Gran Via L’Hospitalet, whose out of town location allows the full party spirit to be embraced by all!

For electronic music lovers, Sónar offers a haven to share some of the most incredible performances in some of the most idyllic settings imaginable; this year’s highlights included show-stopping sets from headliners Massive Attack, as well as amazing performances from Richie Hawtin, Bonobo, Moderat and Caribou. With Sónar being split across 2 separate events it is truly a unique experience, the incredible atmosphere provided by the fantastic line-up and 100,000 passionate fans metaphorically tearing up Barcelona by day and night truly breath-taking.

Both Sónar & Primavera weekend pass tickets are €195 and with no traditional camping costs can increase fairly easily. However, with the interstellar line-ups on offer, never mind the beautiful city of Barcelona being at your fingertips, it is a trip well worth the effort and cost.

Spain also offers some lower priced festivals, and the pick of these is the suitably named Low Cost Festival in Benidorm. Whilst perhaps not the most appealing name of a potential summer blow-out for you and your friends, the event itself boasts a superstar line-up, primarily consisting of Indie stars from around the globe. 2014 saw the Kaiser Chiefs, The Hives and Editors grace Benidorm’s beautiful sandy beaches, and for just €75 for a 3-day pass, it is genuinely a steal! Benidorm Low Festival benefits from the glorious Spanish weather, and with a mixture of popular international and Spanish artists, it attracts a larger percentile of Spanish to its audience than perhaps some of the bigger, better known events. This being said, this adds to authenticity of the event as a real Spanish festival, and with Benidorm’s resurgence in the past 10 years into the beautiful destination it is, this is truly a must-see event!

As well as the festivals we have touched upon, there a dozens of other incredible events all over Spain worth considering, Arenal Sound in Valencia, BBK in Bilbao, D-code in Madrid and many, many more.

So what are you waiting for? If you want to see some of the greatest artists on the planet, but also want a killer-tan and some unforgettable venues and destinations, then look no further than sunny Spain for your next adventure!

This article was provided to us by John Stimpson from Jobsandtalent.com – find your dream job!