The One – The Biggest/Best party in London on NYE!

New Years is obviously always one of the best nights of the year, but this year EGG in London have made sure that it’s one you’ll never forget by launching a brand new party series called The One! They are keeping the headliners secret for now, but be assured they will be announced ver y soon and they will blow your mind! Alongside the secret headliners, they have Circo Loco redident Tania Vulcano, Hot Creations and Cocoon star wAFF and Italian Desola Producer Pirupa plus plenty more talented DJ’s still to be announced!

The Legend that is Circo Loco Tania Vulcano will be making her Egg London debut just in time for it’s biggest ever party.  Circo Loco, which is Ibiza’s best and most underground party, has literally been shaken to its bones for over a decade by the mesmerizing beats by Tania and her choice to play at the Egg on NYE will definitely have every serious raver in the capital wanting to go to this amazing event

Still in his early twenties and having been picked out as one to watch by DJ Mag at the start of 2013, wAFF is still very much in the ascendency with several releases on Hot Creations already under his belt and many more still to come. He is in huge demand and his international DJ calendar takes him from Tomorrowland Belgium to Sankeys Ibiza via headline slots at London clubs to name but a few.

Italian Pirupa is no longer breaking though – he’s already broken through. His ‘Party Non Stop’ track on Desolat is one of the label’s best selling singles and hit the top spot on Beatport. Such a popular track was it that Defected got in touch for re-release, offering up their release of it with Huxley and Riva Starr remixes plus its own mad video to boot. In recognition of his production talents, Pirupa won the Ibiza DJ Award’s Track of the Season accolade on the White Isle this summer. Expect plenty of basslines, bad ass grooves and charismatic sampling that will have you sweating for the whole duration.

Further more to this already stellar line up, we will be announcing two more extraordinary headline acts that will leave people queuing round the block to get in, and their names on everyone’s lips. Announcement dates for these will be 24th November and 1st December.

As well as all the insanely good acts on the night, the club is being transformed with extra production including an Ibiza themed area in the garden, with Café Mambo resident DJ Dee Monter & Eden Ibiza Legend Alex Ellenger playing as as well as live percussion, indoors fireworks, dancers and much much more!

The event is actually being run by a guy you may all know as one of the men behind one of the bigest 90’s Ibiza garage collective called Reach and Spin. You can listen to some of their huge bangers here (as if you didn’t know them already) which was actually produced with our very own MD Jon Skinner! So you know it’s going to be an excellent night with all the contacts that Alex has in the industry, and I know that I CANNOT WAIT for New Year to come around now that this event is here.

So, I’ll see you on the dancefloor soon to celebrate the end of 2013 and the start of a whole new year. BRING IT ON, I’m already excited! 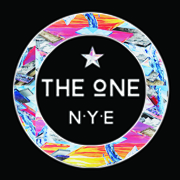