Touring is now one of the biggest earners for artists, according to Billboard. Before an artist’s tour, it is important for them and tour management to book suitable venues for their target audience – considering location, venue type, capacity and facilities. If you’re thinking of operating a DIY tour, check out our tips on how to plan a music tour. There are endless great venues all over the world from large arenas to small clubs – so save yourself the time of looking up ‘music venues near me’, as this article will tell you about the top 10 best live music venues worldwide!

Opened in 1871 by Queen Victoria, the Albert Hall is one of the most treasured and distinctive UK live music venues. It can seat 5272 people and hosts over 400 events each year, including rock, pop and classical concerts, opera and ballet performances, film screenings and sports events. Regular performers include Eric Clapton, Shirley Bassey and James Last. ‘The Proms’ is its most well-known event, having been held there every summer since 1941.

Designed to suit any genre, this venue has a permanent D&B Audio Technik sound system. The stage is semicircular in shape, with more than enough room for any band or orchestra to perform with ease. The loading bays are two floors down so that trucks can drop off sets, equipment and artists.

The hall has a second performance space, the Elgar room, which also hosts music events and has its own restaurant. Located above the door 9 porch on the third floor (circle level), the room is very adaptable and has full technical kit available. With its own DMX lighting system, the room can also have natural daylight or be blacked out.

There is provision for AV projection and high-quality PA 4 Meyer UPJ speakers and 4 Meyer UP4-XP speakers, 2 handheld radio microphones and an iPod link direct to the AV system. There is a 32x XLR floor box linked to the AV system if you want to use your own sound desk. A great range of microphones and monitors are available for both of these rooms. Output from this room can also be piped to the rest of the hall.

Featured in our ‘Top 10 Venues in the US‘ article, Red Rocks is one of the most unique and beautiful music venues in the world. It is 10 miles west of Denver, Colorado, USA and is part of the Denver mountain parks, Red Rocks Park. Staged between two gigantic sandstone boulders at 6,450 feet above sea level, it creates a natural acoustic money can’t buy.

Once the sun goes down and the lights come on, this amazing venue transforms into a breathtaking sight. It can hold up to 10,000 fans who have watched famous performances from the likes of Jimi Hendrix, The Beatles, U2 and Earth, Wind and Fire. A 14×20 foot high resolution LED display was also added stage side in 2017 enhance fans experience.

The number one live music venue in Australia, the Sydney Opera House hosts over 2000 events a year for more than 8.2 million people. Built in 1973, this multi-venue performing arts centre has been host to some of the musical greats, such as Brian Wilson, Bon Iver and Mary J. Blige.

The Opera House includes a number of different facilities for touring groups to choose from. There is the main concert hall (2679 seats), a proscenium theatre (1507 seats), a drama theatre (544 seats), a playhouse (398 seats), the studio (280 seats or 400 standing), Utzon room (for small performances), a recording studio, and an outdoor forecourt.

A D&B Audio Technik Line Array system is installed in the Main Hall. This system was put in to improve the amplified performance as well as the turnaround time between productions. An area behind the stage has allowed the sound team to position a console, processing equipment and pre-configured audio cables. This reduces set-up time for bands or artists. Acoustic clouds are located above the stage, which can be lowered and raised by the technical crew to suit the acoustic needs.

The loading bay is a shared zone, and lorries higher than 4.3 meters have to arrange for another way to access. The only downside to this venue is that parking is not free! From the loading bay, staff help unload and take all equipment to the lift where it goes up to the 1st floor and up a short ramp onto the stage. As live music venues in Sydney go – you won’t get better than this!

Another of the incredible live music venues in the UK, the O2 arena is a multi-purpose indoor event facility which can hold 20,000 people. This is the second highest indoor capacity in the UK. It boasts performances from artists such as Prince, Celine Dion, Queen and Stormzy. Backstage, there is a VIP club lounge, dressing rooms and a VIP entrance and exit for artists.

The dome structure is 52 meters high at its central point, and is a major piece of architecture on the London skyline. The arena can be modified from seated, standing, tabled or can even be turned into a sport space.  Due to its location, the venue operates an 11pm curfew. There are full dressing rooms, offices and support spaces.

The very large loading area has space for 4 large trucks, and the standards stage is 60x40x6 feet. The venue can supply all major AV (including special effects). There is a large underground service yard for performers and crew and 12 trucks can park in this space. There is free parking for crew members, performers, support trucks, cars and private cars.

A legend amongst Vienna Classical Music venues, this concert hall opened its doors in 1870. Mainly used for classical concerts, it is regarded as the crown jewel amongst concert halls. This Vienna music hall provides 2000 seats for classical music fans, but is also popular with architecture fans.

With its long rectangular shape (50x20x20 feet), the hall is known to provide the best environment for acoustics, making it great for classical music. As it is lavishly covered with gold colouring, it is occasionally called the ‘Golden Box’.

In this purpose designed building, the wooden floor is hollow, which acts like a resonator box. Along with the suspended wooden ceiling, this allows the sound to resonate throughout the hall. In total, there are six music halls at this Classical Music venue.

This indoor arena is located in the heart of the Japanese capital, Tokyo. Built in 1964, the venue has hosted some of the biggest names in Western musical culture, such as Toto, Led Zeppelin, Kiss, Diana Ross, Aerosmith and Iron Maiden.

The octagonal building holds 14,471 seats. Its main purpose is to host martial arts contests, but has become a popular live music venue for artists and bands over the past 50 years. In 1966, the Beatles were the first group to perform from the Western World. Many artists have recorded live here, such as Bob Dylan, Santana and Frank Sinatra. Located in the heart of Tokyo, The Budokan benefits from all the usual facilities of a capital city close at hand.

Radio City Music Hall has been known as the ‘palace for the people’. Built for artists to entertain and amuse whilst elevating and inspiring, Radio City is a place of beauty offering great entertainment at affordable prices. Built in 1932, it’s large and striking art deco auditorium holds around 5960 seats. The entrance foyer is remarkable at some 60 feet high.

The venue maintains its original aim of being a stunning tribute to human achievement in art, science and industry. Said to be the largest indoor theatre in the world, each of the three stage sections are hydraulic mounted for staging effects, and the whole orchestra can be lowered and raised. On top of its 25,000 lights, the stage can also send up water fountains, rain, fog and clouds.

One of the major music venues in London is the Eventim Apollo (formerly known as the Hammersmith Apollo). It is also one of the largest and best-preserved original theatres with a capacity of 3,487 seats. Opening in 1932 as the Hammersmith Odeon, it has had several name changes and ownerships. Legendary acts such as The Rolling Stones, Queen, and Bob Marley have performed here over the decades.

The Eventim has an Art Deco designed interior with high tech sound and light facilities. Many different floor layouts are available depending on the performance type required for seating/standing. The venue also has its own large theatre organ.

Dubai Opera house is a newer building, having opened in 2016. It has had artists and groups from all over the world, such as Katherine Jenkins, Russell Howard, world-class tribute acts, ballet and classical concerts.

This 2500 seat venue is perfect for acoustic, classical and pop performances. The luxurious cultural area of downtown Dubai is the location for the beautiful live music venue. There are three ways that the hall can be configured; as a theatre, a concert hall or a flat floor event venue. It also houses a stunning rooftop restaurant with views of Dubai city.

An iconic small music venue in London, Ronnie Scotts hosts Jazz gigs and jams every night of the week, attracting professional musicians from all over the world to perform. Saxophonist Ronnie Scott opened the club in 1959 as a small basement club where local musicians could jam. Early performers include Miles Davis and Count Basie, and to this day it has continued to showcase the biggest names in the Jazz scene, such as Lee Ritenour, Marcus Miller and Jules Holland.

It is also the place to catch a glimpse of rising stars and the next big thing! Tabled jazz club-style seating creates a more intimate atmosphere in the small venue. The stage is 6m x 4m and there are several small dressing rooms for artists backstage and downstairs.

The venue has a 48in, 24out console and front of house monitor mixing as well as impressive backline, mics, monitors, and recording facilities. If you still wanted to rent your own backline equipment, we’ve still got you covered. Ronnie Scotts also has a smaller venue, Ronnies Bar, above the main club which has its own technical facilities and DJ system.

The End of our World Tour

From the intimate Ronnie Scotts jazz club in London to the extravagant 25,000 lights of Radio City Music Hall in New York, we hope you enjoyed our top venues around the world. Other noteworthy examples of amazing live music venues include Brighton, Dublin, Brisbane and Manchester – there’s just too many to list. After you’ve had a look at the best recording studios to get your music down, pop in to see a nearby venue and start planning your dream tour – or go all out and factor visiting some venues into your wider travels!

If you’re an artist looking for people to collaborate with or opportunities to make money with your music (such as sync licensing) or just looking to promote your music – make sure to sign up. Try Music Gateway for free by clicking the button below. 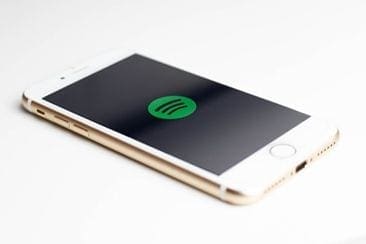 How To Upload Music To Spotify – The Complete Guide

Spotify is one of the leading streaming services for artists to get their music onto. So, how do you upload music to Spotify? In this article, we will take... 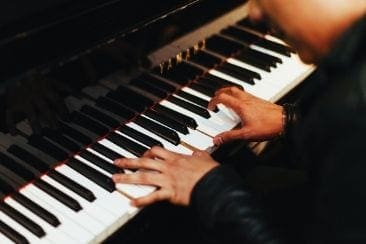 A Beginner’s Guide To Piano Chords

In this quick beginner’s guide, we are going to build from the ground up, starting with the very basics. You will learn basic music theory, how to... 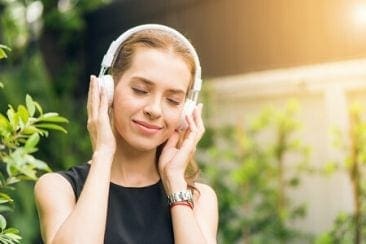 What Is Active Listening And How Is It Helpful?

Everyone knows how to listen, right? There can’t be a right or wrong way, can there? While there is no correct or incorrect way to listen to a piece of...