We Are Never Ever Getting Back Together.. Or Are We?

Okay, so, brace yourselves, in the immortal words of Anchorman legend Ron Burgungdy, I HAVE AN URGENT AND HORRIFYING NEWS STORY! The Jonas Brothers are breaking up, they have cancelled their tour citing that immortal phrase “Creative Differences”.

It is reported that Kevin, Nick and Joe apparently locked horns last weekend, which led to the decision of cancelling the dates. Following on from their summer shows, they were down to perform at 19 different venues across the US, wrapping their gigs in Seattle on November 6. They were also to due to release their album in the near future, but everything is slightly up in the air at the moment, though I am sure that they will release the album and receive all the money from that then announce the split entirely maybe after a few tour dates, the industry always wins right?

Few bands are true democracies. There are usually one or two people who call the shots, and the other members learn to live with that. When they can’t, things can get very ugly. Smashing Pumpkins leader and main songwriter Billy Corgan insisted on playing most of the guitar and bass on the band’s 1993 breakthrough, Siamese Dream, which didn’t sit well with bassist D’arcy Wretzke and guitarist James Iha. The Pumpkins held it together until 1996, when touring keyboardist Jonathan Melvoin died of a heroin overdose. Pumpkins drummer Jimmy Chamberlin overdosed that same night, and was thrown out of the band. He came back in 1999, but shortly afterwards D’arcy left. The Pumpkins called it a day in December of 2000.

The Pumpkins did get back together in 2005, and have released 2 albums (Zeitgeist and Oceania) to mixed critical reviews; the project was conceived as a series of 44 songs, released through free MP3 downloads one at a time as they were recorded. These downloads would be punctuated with 11 four track EP box sets and culminate in a final release containing exclusive content, the band released ten songs as free downloads through their official website and compiled eight of them in two box sets before opting to rework the project! Complex aye?! 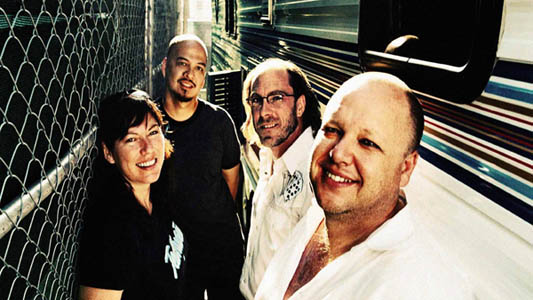 If the Pixies had survived another couple of years, they could have become huge. Their first two albums are some of the greatest music to come out of the Eighties. Simply put, frontman Black Francis and bassist Kim Deal didn’t get along very well.

They met when Deal responded to an ad in a newspaper seeking a bassist, and thus had no real relationship outside the band. The fans fell in love with Deal, and Francis got jealous. He froze her out of their later albums, causing her to launch the Breeders as a side project. That band started to take off, and by 1992 Black Francis had quite enough of life in a band. The following year Francis faxed his bandmates to tell them it was over. Over the next decade, he didn’t speak to Deal once.

They did get back together, but Deal has recently left the band again, and they were never the same after the first split, I saw them live in 2005 at Reading festival, and they just like a spark that you feel they had the first time round! 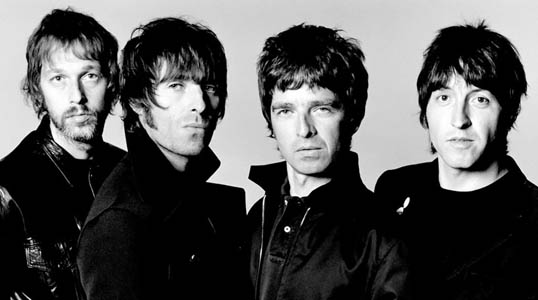 What more can be said about Oasis, since the seminal debut album ‘Definitely Maybe’ which has been  voted in some places as the best album of the last 20 years, they were the pioneers of Britpop with Blur, Pulp and Suede. Liam and Noel, the brothers who were the basis of the band, were always a very combustible duo, and it came to pass that they eventually went their separate ways.

They were invited to Downing Street, played all over the world and were one of the absolute biggest bands in the world, but alas, it couldn’t last when one night in Paris, before a festival show, they had a massive falling out with reports telling us that Liam smashed one of Noel’s favourite guitars, then a bout of fisticuffs followed, and the band was gone there and then.

Since they have gone on to do separate things with varying levels of success, Liam has gone on to form Beady Eye with the remaining members of Oasis, and Noel has gone onto form Noel Gallaghers High Flying Birds, with far more success.

Liam has said he wants get back together for 2014 to mark the 20 years since ‘Definitely Maybe’ came out, whereas Noel has said he only would if he was ‘Broke’ but watch this space Glastonbury 2014 anyone? 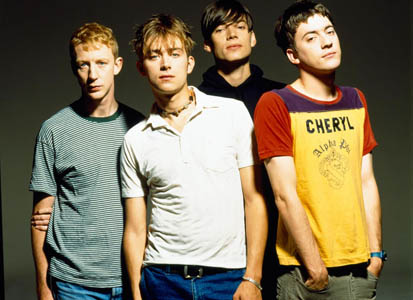 Like Oasis, Blur had pioneered Britpop, but where Oasis had failed to reinvent themselves and just gone on with same formula that got them to fame in the first place, Blur felt that they had other avenues to explore, and so they thought that they could last, but alas not.

As Britpop came to its end in the late 90’s early 00’s Blur were releasing an album called Think Tank, but this was without the Bands guitarist Dave Coxon, who left in 2001, stating that he needed some time from the band.

After Think Tank’s release in 2002, they decided to call it a day, they didn’t talk for a whole 5 years as they all decided, as Coxon did, that they needed some time for themselves, with Damon Albarn (lead singer) going onto form Gorillaz, Alex James (bassist) going onto make cheese and who know’s what Dave Rowntree (Drummer) did!

But in 2007 they decided to get back together for some reunion shows, and they have been better than ever, with critics, fans and band alike having the time of their lives as they headlined the final night of Glastonbury 2008. Though they haven’t released a new album there has been 2 new songs released and there is hope that they will release more in future.

When you put a bunch of junkies and a megalomaniac in a band together, the proverbial will hit the fan sooner or later. In the case of Guns N’ Roses, that moment came pretty quickly. The group hit it big with the release of Appetite for Destruction in 1987, but just three years later they pushed out original drummer Steven Adler due to his severe drug addiction. GNR carried on, but Axl Rose started showing up for shows ridiculously late. According to Slash and Duff McKagan, he refused to go onstage one night until they signed away the rights to the band’s name. (Axl refutes this.)

Whatever happened, when the Use Your Illusion tour ended in late 1993, the group members went their own separate ways. Since then, things have only gotten worse between the original crew. Axl called Slash a “cancer” and refused to even attend the Rock and Roll Hall of Fame induction because his ex-bandmates would be in the room. As Taylor Swift would say, they are never, ever, ever getting back together.

So who are your favourite band to break up that you wish could get back together? What is your favourite reunion ever? Which bands do you think should break up as they are definitely slightly past it, RHCP I’m look at you!